Meet Alvin and the Chipmunks in the malls!

The chipmunks and the chipettes are back with an all-new adventure that takes them back to the forest in “Alvin and the Chipmunks: Chipwrecked.”  Having gone domesticated, famous, pampered and civilized – the chipmunks are relearning the ways of the wild while Dave Seville (Jason Lee) is on a quest to find them. 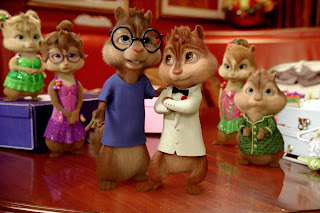 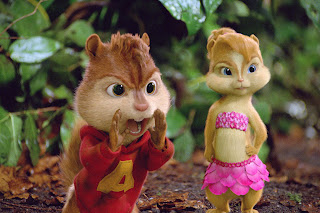 Email ThisBlogThis!Share to TwitterShare to FacebookShare to Pinterest
Labels: Alvin and the Chipmunks 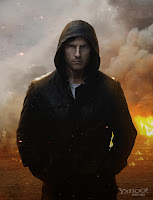 Tom Cruise plays Ethan Hunt, an IMF agent tasked to stop a nuclear attack, and clear his name and his agency. Together with fellow IMF agents, Ethan , escaped the prison, climbed buildings,  braved the sand storm in Dubai, and even drove the BMW i8. The action packed thrill ride movie is also filled with mind-boggling stunts of Tom Cruise and the rest of the cast.
Stunt 1 – Jump from the Hospital Window
Ethan slips out of a fourth-story window and, while Russian operatives wait for him to give up, grabs his belt, leaps from the building ledge, slides down a nearby power line to the roof of a moving van and rolls off safely onto the street.  “That was actually one of the most challenging stunts of the whole movie, as far as difficulty goes,” says stunt coordinator Gregg Smrz.  “We rehearsed that on stage over and over and over, until it was just old hat, and then went and put it into place.  Tom nailed it in just a few takes.”
Read more »
Posted by Cathie Alhambra 2 comments

“Case reopened…” Those two tantalizing words at the close of 2009’s “Sherlock Holmes” promised audiences that more adventures lie ahead. Now Warner Bros.' “Sherlock Holmes: A Game of Shadows” fulfills that promise, bringing the legendary detective back to the big screen in a new action-packed mystery that reunites the stars and filmmakers behind that worldwide hit. 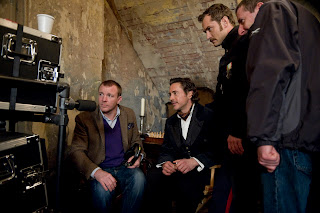 Director Guy Ritchie says, “I was very keen to return to Sherlock Holmes’ world because the experience of making the first movie was so positive, both personally and creatively. There were a myriad of story possibilities in revisiting this character because he has so many interesting facets. His idiosyncrasies almost transcend description, so I wanted the opportunity to explore that more, while giving audiences something they hadn’t seen.”
Read more »
Posted by Cathie Alhambra 0 comments 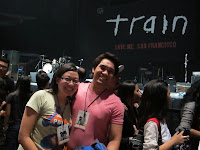 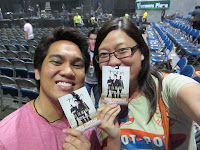 Angel and I were given a chance to watch Train perform live in Araneta (special thanks to Earth & Alex). We enjoyed Train’s performance from start to finish! Eventhough I am not familiar with most of the songs, I found myself swaying and dancing to all of their songs.
Read more »
Posted by Cathie Alhambra 0 comments

Google Doodle today is a homage to Diego Rivera, a Mexican painter with the longest name one could have. Diego María de la Concepción Juan Nepomuceno Estanislao de la Rivera y Barrientos Acosta y Rodríguez was born November 8, 1886. Besides from being a painter, he was also an active communist. His murals helped established the Mexican Mural Movement in Mexican art. - wikipedia.org
Posted by Cathie Alhambra 0 comments

“The Lion King” is one of Walt Disney Animation Studios' first hand-drawn 2D animated classic to be revamped with the latest 3D technology. Filmmakers decided to bring the classic back to the big screen and into fans’ homes in a whole new way, immersing audiences into the world of the Pride Lands. 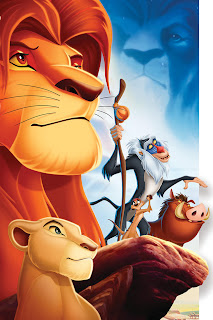 “The 3D aspect of a film can help to better tell a story,” says 3D stereographer Robert Neuman. “We used it in the way a composer uses music to score a film, having it echo the emotional content of the story. Getting the chance to add 3D to ‘The Lion King’ and to work with the original filmmakers to ensure the use of depth reflected their vision and enhanced their story was an incredible opportunity.”
Read more »
Posted by Cathie Alhambra 0 comments

Zac Efron joins the ensemble cast of Gary Marshall's holiday-themed comedy “New Year's Eve” as Paul, a confident young bike messenger who shares an adventure on the last day of the year with Ingrid (Michelle Pfeiffer), a shy and overlooked secretary.
The young actor shares his thoughts on the film and the beloved holiday as he answers these three questions: 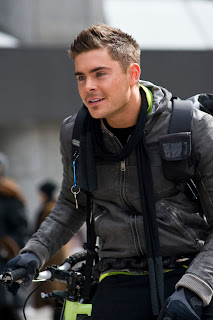 Q.  Your character, Paul, is extremely fun loving. He meets the opposite of him in Ingrid. Paul really helps her come out of her shell, doesn't he?
Zac Efron: Yeah. Paul is just this energetic, kind of cool, fun-loving character. I dunno, he’s like me on a good day (laughs). He just wakes up and he’s very excited about New Year’s. You can tell he just wants to party, he’s all about having fun. He meets his counterpart on New Year’s Eve, Ingrid is this very closed lady. You can tell she has probably never really celebrated New Year’s, ever. She’s just so quiet and meek. I dunno, I guess they just latch onto each other. Their fates are intertwined. Ingrid tells Paul that he can have 4 tickets to this midnight New Year’s Eve ball, if he helps take her around New York and helps her complete her list of resolutions – which she hasn’t completed in God knows how many years. And she came to the right place, because Paul’s the man (laughs), he can take care of anything. So he takes on this challenge and pretty soon they’re jetting off to all 5 boroughs on a Vespa, taking care of these resolutions. And some of them are pretty impossible, so Paul has to use his imagination, he can’t just take everything too literal – he’s gotta improvise!
Read more »
Posted by Cathie Alhambra 0 comments

The New York Film Ciritics Circle (NYFC) has just chosen Brad Pitt as this year's Best Actor for his soul-searching performance in Columbia Pictures' baseball drama, “Moneyball.”  The award catapults Pitt as a veritable contender for more  acting trophies come awards season this coming February.
In his review of the film, critic Richard Corliss of Time Magazine, writes “Brad Pitt does sensational work...he exudes pure movie-star authority...His performance is a canny portrait of leadership — part genius, part crazy guts, part dumb luck — and worthy of moving Pitt up to the playoff round of Oscar finalists for Best Actor. We'd put money on it.”
The NYFC also gave Best Screenplay honors to writers Aaron Sorkin (“The Social Network”) and Steven Zaillian (“Schindler's List”) for their work on “Moneyball” which they adapted from the non-fiction book by Michael Lewis. 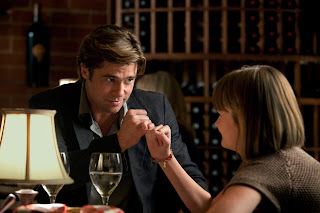 Tom Cruise, who reprises the role of IMF agent, Ethan Hunt is back in the latest action-adventure movie, Mission Impossible - Ghost Protocol. 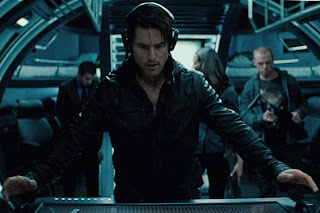 When a terrorist bombing destroys the Kremlin, the United States government activates “Ghost Protocol” and disavows the entire Impossible Mission Force. Ethan Hunt and his team are blamed for the attack, but are allowed to escape as part of a plan to enable them to operate outside their agency. 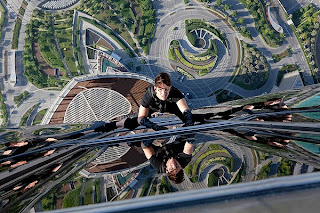 Hunt is warned that if any member of his team is captured or compromised, they will be charged as terrorists planning a nuclear strike. He is forced to work with fellow IMF agent Brandt, who knows much more about Hunt and his past than Hunt himself.