“EASY A” – A FUNNY MORALITY TALE FOR THE TEEN CROWD

On the heels of a little white lie about losing her virginity, clean-cut high schooler Olive finds that her new-found bad-girl rap has an upside: she is finally getting noticed. Olive decides to exploit her "easy" reputation and use the school rumor mill to advance her social and financial standing. But life starts to spin hilariously out of control, in Columbia Pictures' teen comedy “Easy A.”
The film stars Emma Stone (recently cast as Gwen Stacy in the “Spider-Man” 2012 reboot) as Olive, Penn Badgley (TV’s “Gossip Girl”), Amanda Bynes (“What a Girl Wants”), Cam Gigandet (“Twilight”) and Aly Michalka (TV’s “Hellcats”).
Posted by Cathie Alhambra 0 comments

November 1 (Monday) is declared as special non-working holiday for the entire Philippines in observance of All Saints Day, as per Proclamation No. 1463.
Those who will report to work on November 1 will be compensated with an additional thirty percent (30%) of daily rate.
Posted by Cathie Alhambra 0 comments

Email ThisBlogThis!Share to TwitterShare to FacebookShare to Pinterest
Labels: Holiday

The inefficiency of LRT

Before, when you you're in a hurry to go a certain place, you take the train. It's the fastest transportation there is a few years back. Its much faster than jeep, cab or bus and it will cost you much less too.

But now, I honestly don't think it is. I have been an MRT-LRT user for almost 12 years now, since I started college, LRT was my only mode of transportation from house to school and vice versa. Rush hour back then was not like the "rush hour" today.


Today, if you will ride the LRT during rush hours you will have to wait for a maximum of 15mins before you can ride a train, actually, before you will be pushed your way into the train. In every 3 trains that will pass your station, only 1 train will open for ride. You will have to wait at the platform again, if you weren't lucky enough "na matulak papasok ng train", together with sweaty *and sometimes smelly* people who, like you, got out of the house very fresh and with make up, but ended up being harrassed in riding the LRT in going to work. Now, the moment you made it inside the LRT, if you're not lucky to catch a seat, you will literally rub elbows and faces with the same sweaty *and sometimes smelly* people who waited with you at the platform. You will also meet one of my pet peeve, the girl whose hair is good for a shampoo commercial, but did not take the time to dry her hair before going out of her house, thus, you'd end up annoyed that her wet hair and wet back is occasionally rubbing your back as well. Haay, the joy of taking the train nowadays.


Honestly, I think LRT SHOULD do something about this. There are about 4 million people riding LRT every freaking day, I wonder if they know this. People ride the train because if fast, affordable and very efficient. Now, I can only say it's affordable. I should wait til it would increase it's prices. Everyday, during rush hours you would really see that they just let the people come in and I don't think they manage the influx of people everyday. This shouldn't be the scenario of efficient train transportation. I just have to let this all out. I was really pissed off at LRT today, well not just today actually.
Posted by Cathie Alhambra 2 comments

Email ThisBlogThis!Share to TwitterShare to FacebookShare to Pinterest
Labels: Rants

Hennesy Artistry in Manila: The Global Art of Mixing

MOET Hennesy Asia Pacific presents, Hennesy Artistry in Manila with these:
4 Surprising Drinks...
3 Amazing Bands...
2 International DJ’s...
1 Unforgettable Night...
Hennesy, known for the best cognac in the world will mix flavors and talents this coming November. Moet Hennessy Asia Pacific is delighted to announce the launch of its musical platform Hennesy Artistry in Manila, a unique platform entirely dedicated to Mixability that characterizes the Hennessy Artistry. 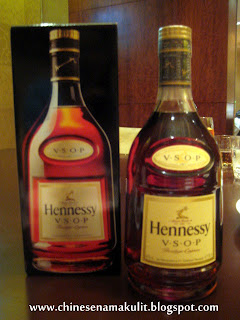 At the night of the event, Hennessy will serve Hennessy's mixed drinks based on four basic flavors that mix perfectly with Hennessy Cognac - berry, citrus, ginger and apple. Beside from these treats, Hennessy will present two international music star DJ's, alternative group Pupil, rock band Kjwan  and pop group True Faith and they will seamlessly mix various genres of music together live on stage. 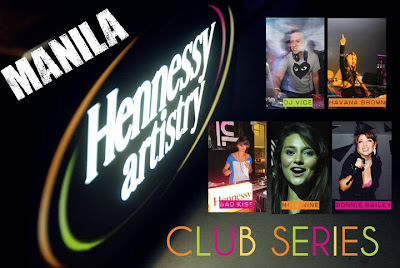 How to attend? I'm sure you're all dying to know.. to attend this exclusive, purchase a bottle of Hennessy at Encore Super Club, Limbo, Amber Ultra Lounge or M Cafe and participate in an activity with Hennessy models to receive tickets.
Check out the Hennessy Artistry Manila website and their Facebook Fanpage. Follow them on Twitter too, HArtistryPH for more info and updates. See you there!
Posted by Cathie Alhambra 0 comments

The 10 10 10 Run for Pasig River Fun Run was a success! I, together with Angel and Matt, run for the restoration of the Ilog Pasig and at the same time joined the attempt to break the Guinness World Record for the largest ECO-foot race in the world. That's hitting two birds in one run! People from all walks of life have come together for a common cause - to save ilog Pasig and give the coming generations a clear future. 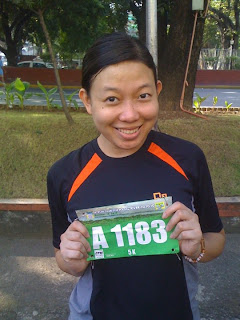 We arrived at Quirino at around 5am and Roxas blvd from Quirino - Buendia is already closed due to the run. People were coming in from different directions towards CCP where the 5k runner will start. (that's us!) 3K Runner will start in MOA and 10k runners will start in Ayala. There were exercises before the run but i dont think people can still stretch dahil sobrang jampacked na. After the gun start, runners flooded Roxas - Buendia-MOA (the 5k route). After the run, runners are gathered sa MOA concert grounds for some freebies and for the program, we just squeeze our way in sa tent that distributes the finisher's bracelet and then umalis na kami because of sooo many runners dun and we're hungry na din. We walked going to roxas then rode the jeep to Quirino, then ate at Sinangag Express (my request) and then went home.

There were around 150,000 runners who register and join the run awhile ago. Despite the headache the 5k was so worth it! Kahit hindi makatakbo ng maayos kanina sa sobrang daming tao. Haha! The feeling after you stepped on the finish line was so refreshing!

Email ThisBlogThis!Share to TwitterShare to FacebookShare to Pinterest
Labels: Race

Email ThisBlogThis!Share to TwitterShare to FacebookShare to Pinterest
Labels: google 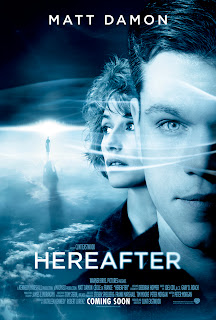 “Hereafter” tells the story of three people who are haunted by mortality in different ways. Matt Damon stars as George, a blue-collar American who has a special connection to the afterlife. On the other side of the world, Marie (Cécile de France), a French journalist, has a near-death experience that shakes her reality. And when Marcus (Frankie/George McLaren), a London schoolboy, loses the person closest to him, he desperately needs answers. Each on a path in search of the truth, their lives will intersect, forever changed by what they believe might—or must—exist in the hereafter.
The film also stars award-winning Belgian actress Cécile de France (“A Secret”) as Marie, and twins Frankie and George McLaren. The international cast also includes Jay Mohr (“Street Kings,” TV’s “Gary Unmarried”), Bryce Dallas Howard (“Eclipse,” “Spider-Man 3”), Marthe Keller, Thierry Neuvic and Derek Jacobi.

Why is that when you are such in a hurry, everything goes so slow. The train is not even running, it's crawling this morning, and the traffic.. well it's in his usual business. You take the train because it express, it supposedly much faster than any ground transportation there is. But lately it has become very inefficient, the volume of the people riding the LRT and MRT everyday has become countless and the government is not doing anything about it.

No, im not ranting because im blaming these for being late today.

well, yeah maybe I am.