Dangerous Waltz in "Water for Elephants"

Oscar winning actor Christoph Waltz stars opposite Reese Witherspoon and Robert Pattinson in “Water For Elephants” based on the book of the same name by Sara Gruen.  The movie tells of a thrilling tale of adventure and forbidden love, set against the vibrant backdrop of circus life in the 1930s. Waltz plays the circus’ ringmaster August who is married to the circus’ star, Marlena played by Reese Witherspoon. Charismatic and charming, August is also dangerous, duplicitous and cruel. Pattinson plays Jacob, the young veterinary student who gets a job in the circus taking care of the animals after his parents died and falls for the beautiful Marlena.. 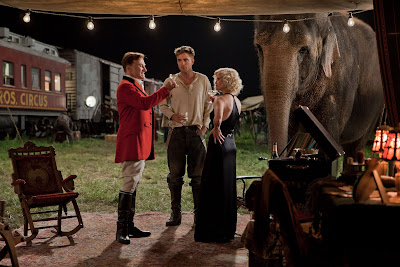 August runs ‘The Benzini Bros. Most Spectacular Show On Earth,’ outwardly all charming and charismatic, he is wildly unpredictable and abusive towards his wife and the animals, including Rosie the graceful and noble elephant who is central to the story.  “Water For Elephants” is an exciting love story about two people from vastly different walks of life who find love against the odds, but are thwarted by the man who is intent on keeping them apart.  Both have developed a special bond with an elephant that draws them closer together.
Director Francis Lawrence shares why casting Waltz is the perfect choice for the character August, “Christoph is the greatest. He came to us with such a love for the character and the story and the world and the themes. He was perfect because of his electric charm and the danger he portrays. He is intelligent, sharp and funny.” 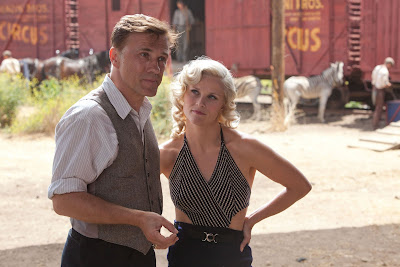 “I really liked the depression era setting a lot. I liked the fact that these people had a job when most people didn’t have work. They had to take upon themselves certain hardships that we would consider unbearable today in order to maintain their lives. The responsibility to keep the circus running in the interests of everybody was enormous and that is something that one tends to neglect when considering August. They say ‘oh August is such a villain’ when he throws people off the train and then just leaves them lying there. But sacrifices have to be made individually in order to keep the whole thing going and that is what I found interesting,” says Waltz of his character. 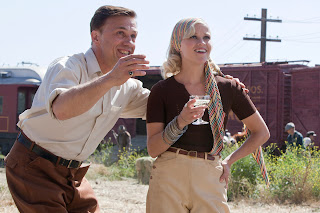 Cristoph Waltz has had a long and varied career, doing extensive and highly praised work in television and film in Europe. His formidable talent came to the attention of world-wide audiences when director Quentin Tarantino cast him as Colonel Hans Landa in “Inglorious Basterds in 2009.  Waltz won a Best Supporting Actor Oscar for his role in the film, as well as many other awards including the Golden Globe for Best supporting Actor and the BAFTA Best Supporting Actor Award.
“Water for Elephants” opens May 4 in theaters from 20th Century Fox to be distributed by Warner Bros.
Posted by Cathie Alhambra