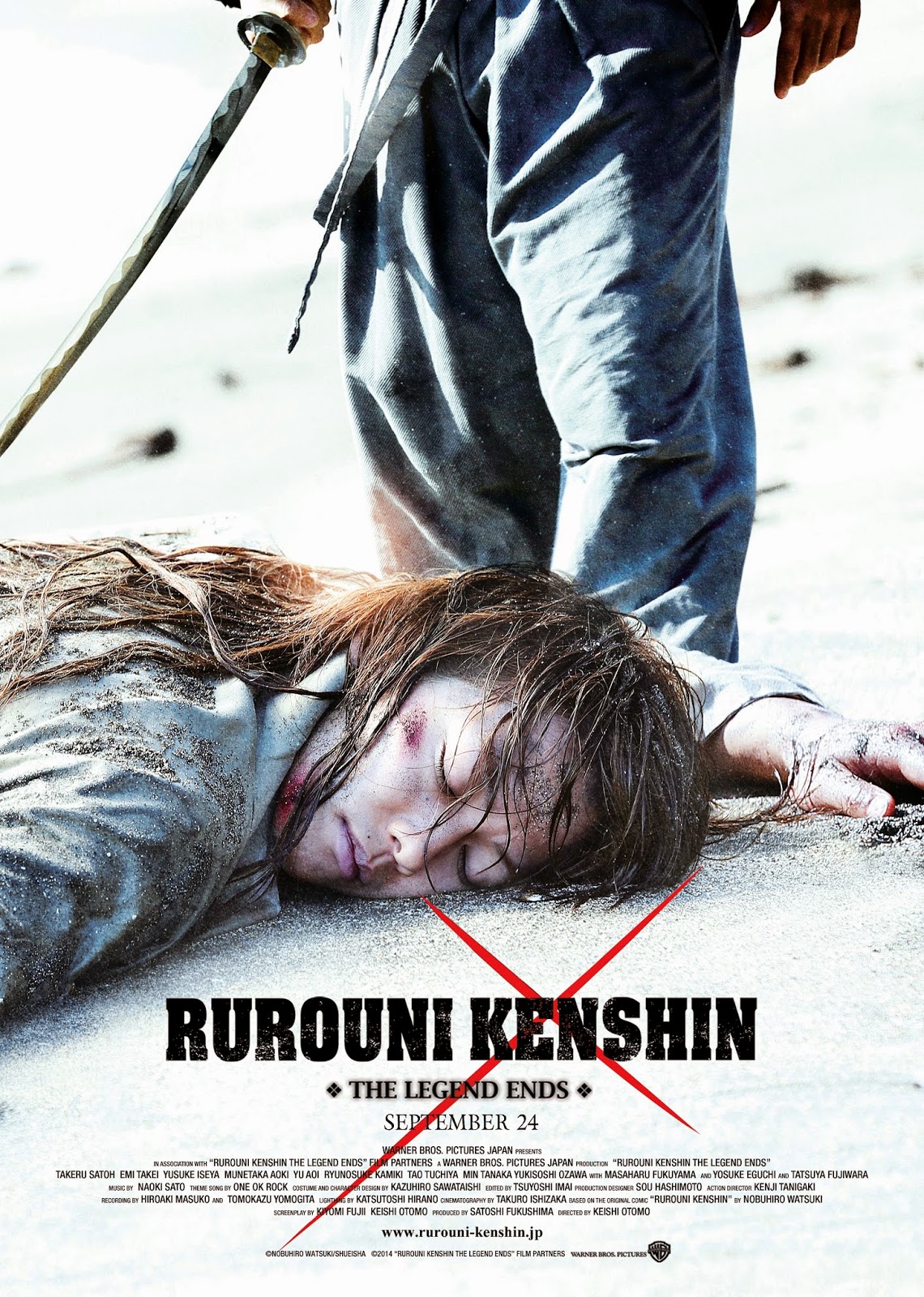 The second installment, “Rurouni Kenshin: Kyoto Inferno” is now playing to capacity crowds in Philippine theaters, and is trending to open at No.1 for the weekend box office.

Asked if “The Legend Ends” will be the same as “Kyoto Inferno,” director Keishi Otomo replies, “The theme of Kenshin’s atonement for the many people he’s killed does not change. A man who lives in atonement, and a man who does not, must inevitably do battle. But I want Kenshin to be falling apart. Kenshin doesn’t face Shishio as a straight-down-the-line champion of justice. He gets confused; his certainties are shaken.”

Based on the Kyoto arc of the popular manga series written & illustrated by Nobuhiro Watsuki, the “Rurouni Kenshin” sequels follow the story of Kenshin Himura (Takeru Satoh), a legendary swordsman in the wars accompanying the turbulent fall of Japan's Shogunate in the 19th century. Once feared as 'Battosai the Killer', he has adopted a peaceful life since the arrival of the 'new age'.

But Makoto Shishio (Tatsuya Fujiwara), the 'Shadow Killer' and successor to Kenshin's position as the deadly assassin, has since then been scheming in the Kyoto underworld, raising an army of disaffected former samurais with the aim of overthrowing the new regime.

Opening across the Philippines on Sept. 24, 2014, “Rurouni Kenshin: The Legend Ends” is distributed by Warner Bros. Pictures, a Warner Bros. Entertainment Company.
Posted by Cathie Alhambra