Johansson's Black Widow Darker Than Ever in “CAPTAIN AMERICA” Sequel 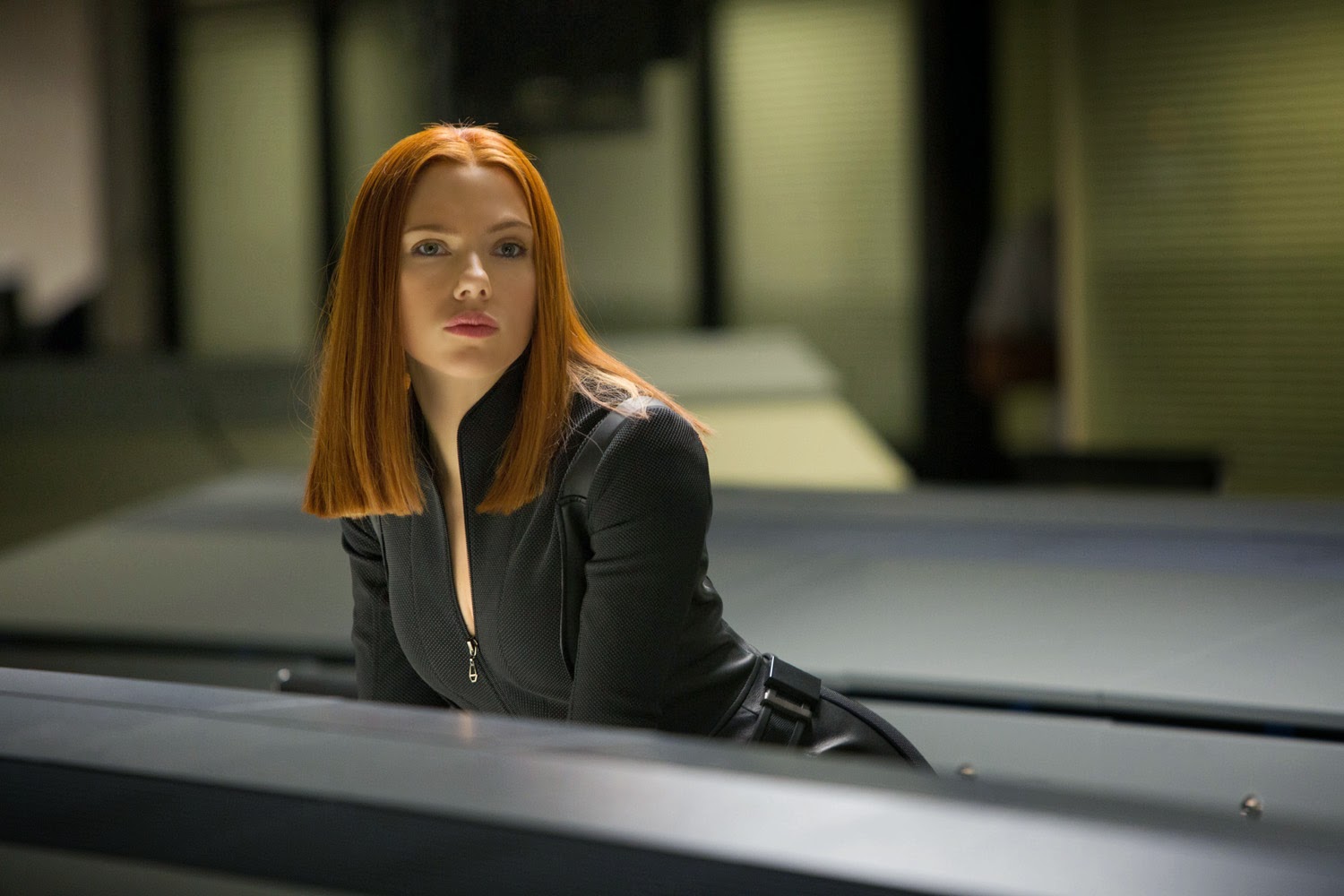 Natasha has become Steve Rogers’ closest ally in the S.H.I.E.L.D. organization as she helps him adjust to his new role. “When we first meet Natasha and Steve, it’s kind of in real time, so a couple of years have gone by and they have worked on many different missions together,” informs Johansson. “They have gotten to know each other better, so they have more ease and banter to their conversations. I really like the dynamic because their friendship is far more interesting to me than if they were to have a romantic relationship.” 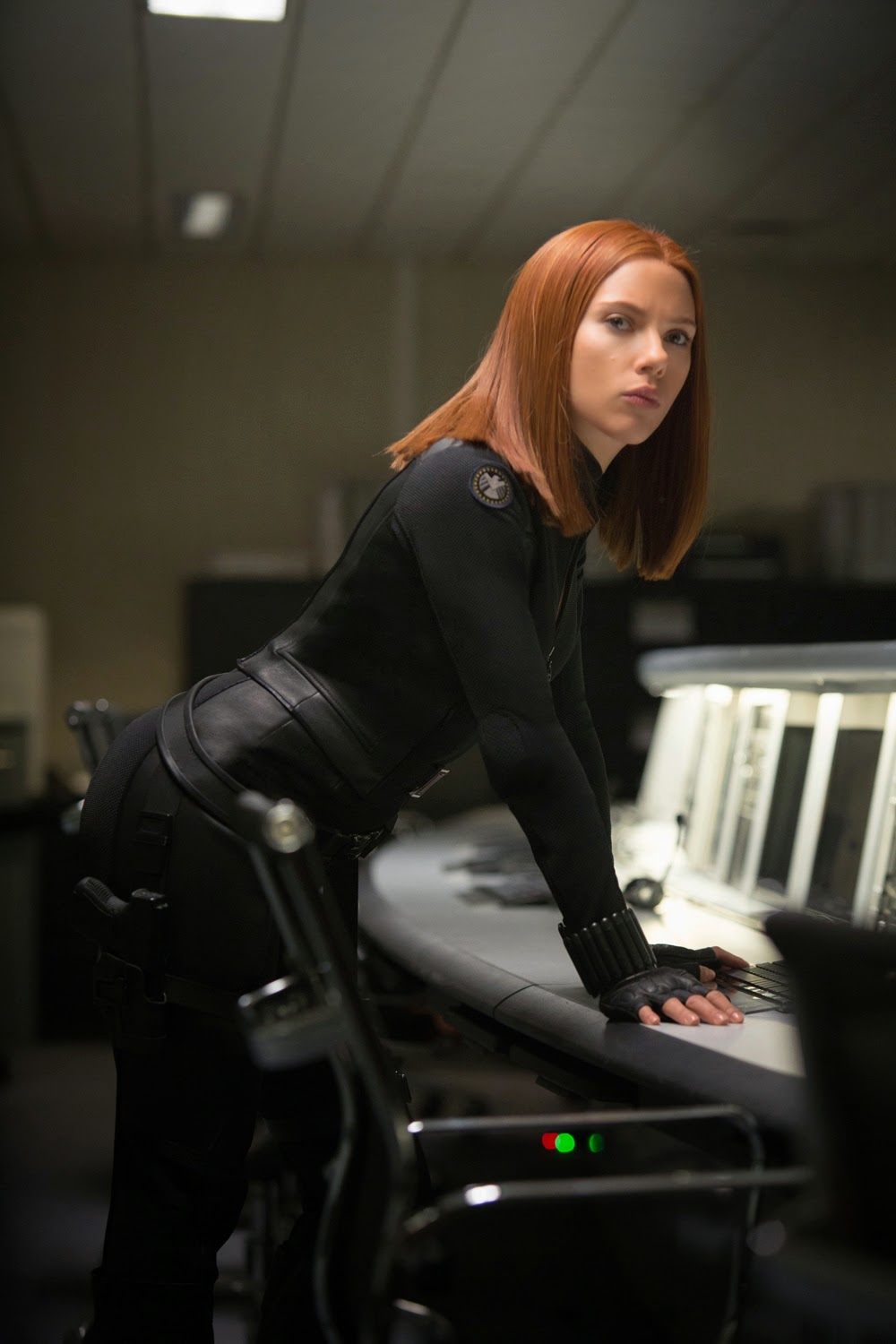 The actress continues, “Natasha is a very strong-willed, thoughtful, intelligent woman, but we don’t really know if she is capable of a romantic relationship as she has so many trust issues and the last thing on her mind is getting a boyfriend. Obviously Steve Rogers is an attractive guy, but I think she’s still learning how to be herself—whoever that is—and she’s starting to realize new things with her friendship with Steve Rogers being the catalyst that allows her to be self-reflective and understanding.”

For Chris Evans, having his longtime friend Johansson as his co-star makes it easier to ground the characters relationship in reality. “I’ve known Scarlett for over ten years now. She’s like a sister,” says Evans. “We’ve done four movies now, and it’s just so nice having a history with someone off camera because I think that bleeds onscreen. Cap and Black Widow are very different people; it’s kind of like this odd pairing. Her morality is questionable and Cap’s a Boy Scout. She makes her living by lying and Cap couldn’t do it if he tried. When they are at the point where they really can’t trust anyone,it becomes an interesting relationship because it involves trusting someone you don’t know that well.” 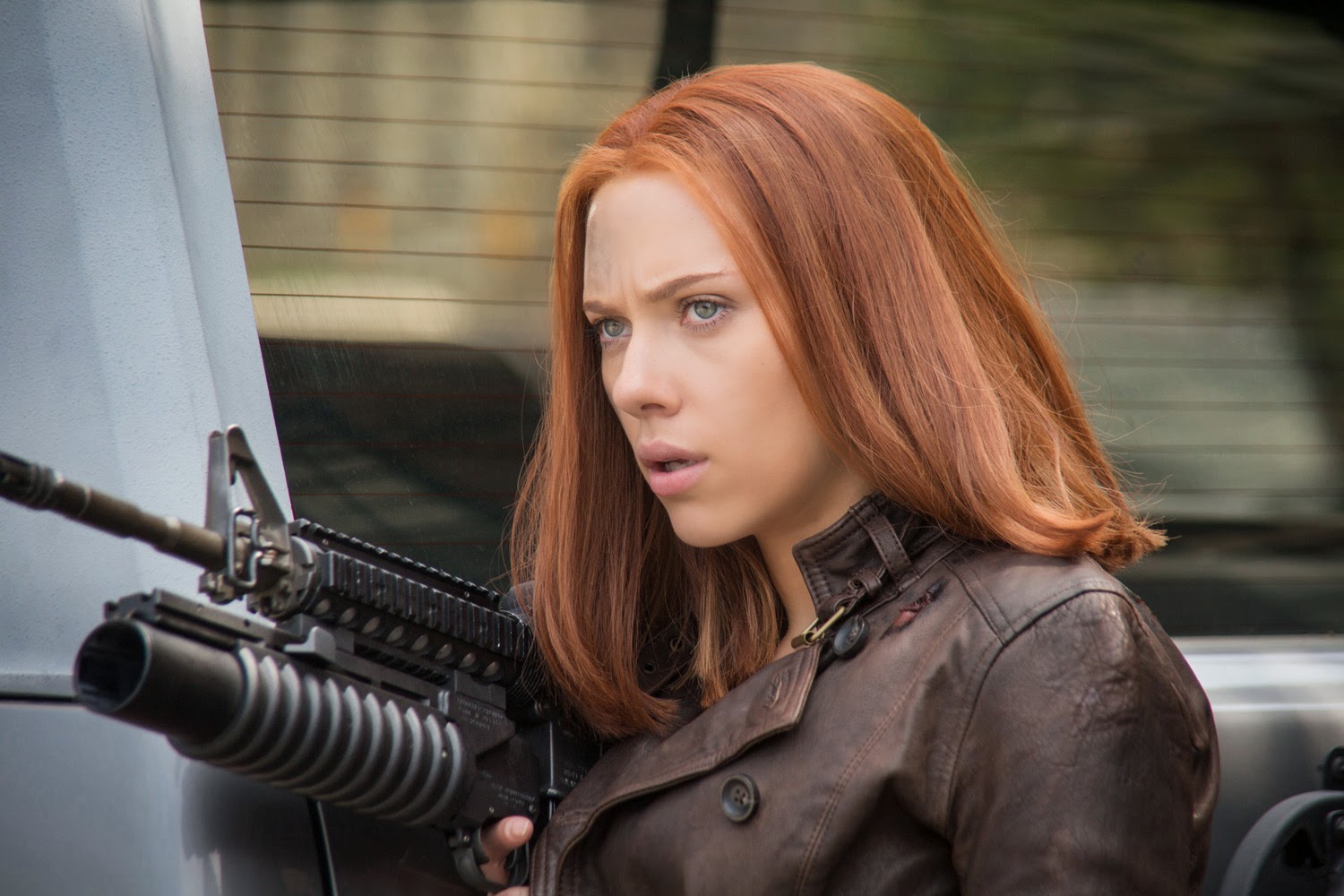 Samuel L. Jackson, who plays Nick Fury, agrees with his co-star’s assessment of Black Widow. “Natasha does things that Steve Rogers won’t do,” informs Jackson. “Natasha doesn’t ask questions; she just follows orders and there’s no line that she won’t cross for Nick Fury and S.H.I.E.L.D. Natasha’s relationship with Nick Fury is very special. They’ve been through some things together and he knows a lot more about her than most people. In this film their bond is tested in an interesting way.”

For Johansson, the film was an opportunity to delve deeper into the character’s cryptic past, which has only been glossed over in “Iron Man 2” and “Marvel’s The Avengers.” “We continue to open up the story and give little tidbits and throw the bone out once in a while as to where she came from and what her background is,” relates Johansson. “There’s a lot to explore in the past but certainly where she’s going too. When you take a character who’s had the past that she’s had, who has seen the darkest places, over time she appreciates what the right thing is in her mind and starts to understand humanity.”

Describing the relationship in the film between Black Widow and Captain America, director Joe Russo adds, “We were gifted by Joss a very complex, fascinating character in Black Widow that we could use to push against Cap and bring different colors out of him. Cap’s got a very clear goal that he wants to achieve but it becomes more complicated when other characters intersect him and he has to work off of them. Scarlett and Chris have a great relationship because they’ve done a lot of movies together. Their chemistry is fantastic in the film and they both deliver amazing performances. I think it’s because of the depth of character, and the contrast that they present to one another. One craves the truth, the other couldn’t be more facile with it.” Adds director Anthony Russo, “We couldn’t resist the idea of putting those two characters together because Cap has such a strong moral code and Black Widow lies for a living; it’s fire and water. To force those two into a situation where they have to engage each other and trust each other made for some great drama.”

“Captain America: The Winter Soldier" opens in the Philippines on March 26, 2014, and is distributed by Walt Disney Studios Motion Pictures.