“In this film a good amount of time has passed since the events with The Avengers, so Steve Rogers has had time to process what has happened to him,” says director Anthony Russo. “As the world’s greatest soldier, Cap moves on from the U.S. Army and goes to work for S.H.I.E.L.D., which creates a conflict in him because S.H.I.E.L.D. is a complicated spy organization that deals in grays and clandestine motivation, and that’s not who Cap really is.”

For Chris Evans the grounded and gritty tone of the script played to the strength and sensibilities of the title character. “Cap doesn’t fly; he doesn’t shoot lightning bolts,” informs Evans. “He punches and kicks, so with that type of combat, to make it cool you have the liberty to get grittier. It feels a little more voyeuristic, a little more documentary style, and it just has a rougher feel as opposed to most Super Hero films that tend to be a bit glossier.” 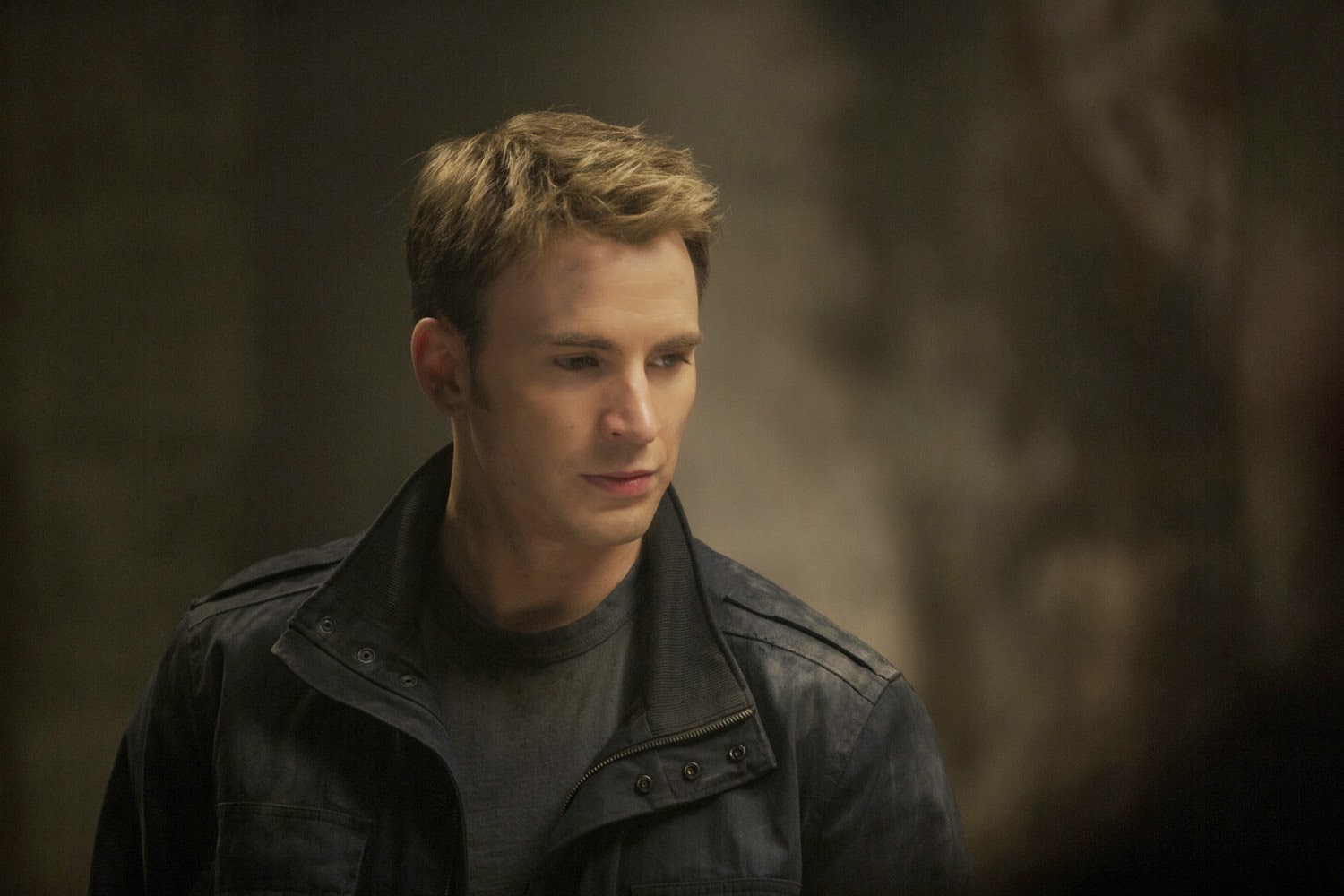 Evans continues, “As far as the character goes, Steve Rogers is now entrenched in the modern world. All of the people he knew are gone and there are many things that he struggles to understand. I always have interpreted Captain America as having a certain sense of loneliness given the fact that everyone knows who he is, but he doesn’t know anyone. Because of that dynamic, I think he’s a little suspicious of people’s motives when they approach him.”

Producer Kevin Feige comments on having Evans suit up again as Captain America: “It’s great because Chris Evans is such a good actor and is growing into this part and is embracing this part in such a great way that we get to see those other sides of Steve as he navigates this world of grays when he came from a place where it was very clear who the good guys were and who the bad guys were.”

“Chris Evans is one of the more technically gifted actors we’ve ever worked with; he’s easy to direct because he’s a self-corrector,” comments director Joe Russo. “He’s extremely vigilant about the truthfulness of his performance. What I think is almost impossible to convey about Steve Rogers, which I think Chris does amazingly well, is he layers the character with a combination of machismo and morality. He’s made the character very complex; Steve craves a simple code, but it’s difficult for him to find clarity in the modern world. Chris brought in wonderful layers of confusion and pathos, without losing any of the grit and purpose of the character.”

Chris Evans has equal praise for his directors, whose knowledge of both comic books and films impressed him. “They have a real healthy knowledge and love for comic books, which I think is a good foundation, and they have an encyclopedic knowledge of film. When you watch playback and they reference other films in comparison to what this shot looks like, it is spot on. These guys really know their movies and that’s comforting.” 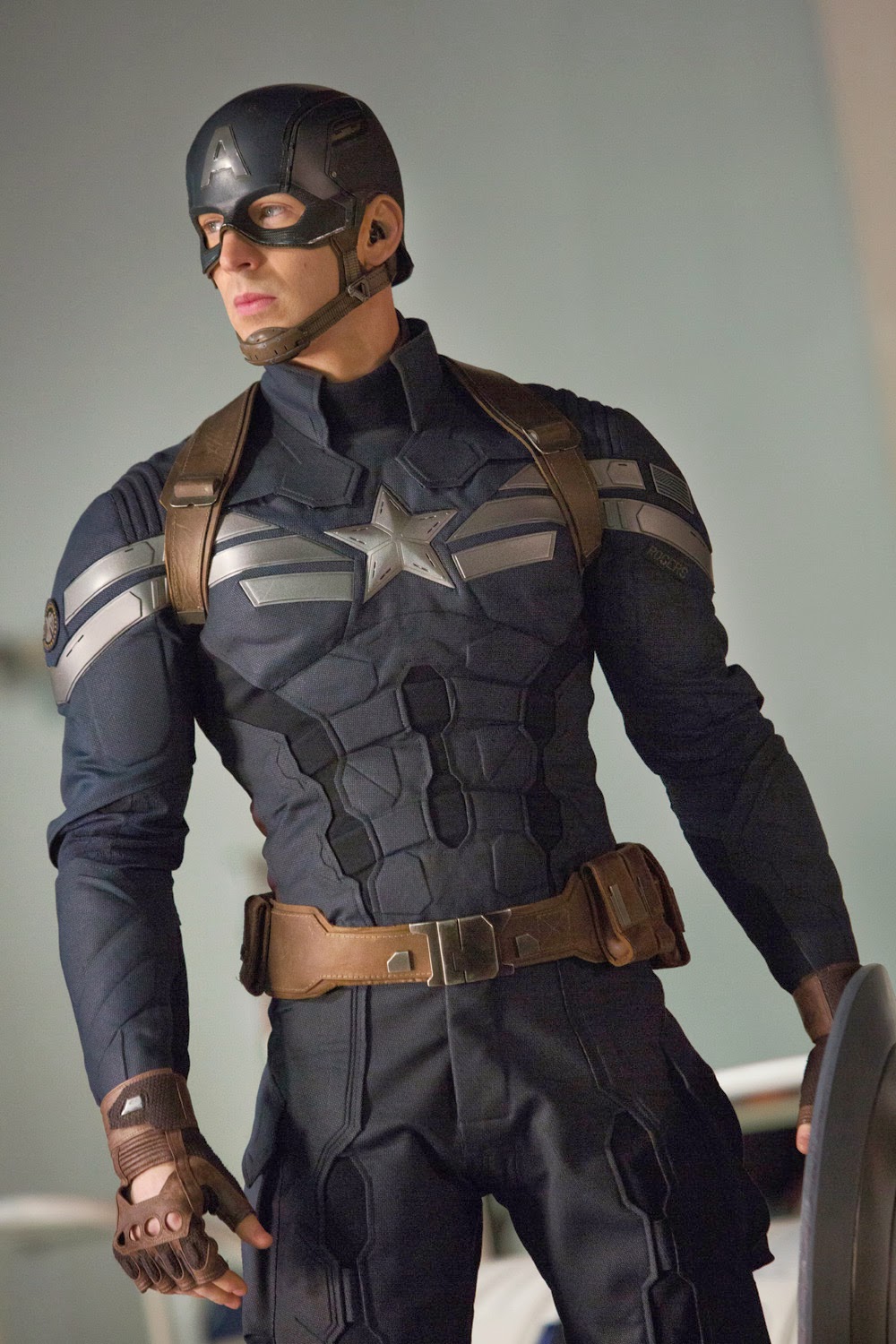 “Captain America: The Winter Soldier” gives the Captain a new stealth suit which for Evans was a big improvement from “Marvel’s The Avengers.” “The new suit is great and I really love it,” says Evans. “It’s this kind of cool navy blue that looks really utilitarian and moves very well, which really makes shooting the film a much more enjoyable experience.”

“We wanted Cap’s outfit to feel like it had a Kevlar component to it that would protect him; functional body armor, not a costume,” adds Anthony Russo. “If he were going into combat situations in the real world, what would he be wearing? Military armor.”

Marvel’s internal visual developer Ryan Meinerding elaborates on the process of bringing Captain America stylistically into present day. “For Captain America’s stealth suit, a lot of it came down to taking another suit from the comics—the super soldier suit —and just trying to make that into a reality,” says Meinerding.  “We don’t usually try to take too many liberties with the costume design, so when the comics present a more realistic take on a look, we just usually jump on that and make it a reality. The stealth suit is a little bit easier in terms of design because it’s not as brightly colored and it’s a little darker.”

Meinerding continues, “With a traditional Captain America suit you’re dealing with red white and blue and stars and stripes and it really becomes all about the midsection which makes it’s hard to draw your eyes anywhere else.  With the stealth suit you have stripes and the star across the chest, which really makes him look broad and big without really having to work too hard at it. It’s actually kind of an easier costume to work on than a traditional Captain America costume and I think it’s a really great look for him.”

Commenting on Captain America’s look this time around, Kevin Feige says, “We like giving him an unmistakably contemporary outfit for much of the movie to represent his new role in the new era in which he’s found himself and is forced to live in, working alongside the other agents of S.H.I.E.L.D. It’s sleeker; it’s a little tighter and it’s much more modern.”

“Captain America: The Winter Soldier" opens in the Philippines on March 26, 2014, and is distributed by Walt Disney Studios Motion Pictures.