The merriest of characters in the worldwide hit animation “Rio” reunite in “Rio 2” where they now head to the Amazon from the vibrant city of Rio De Janeiro as seen in this latest poster from 20th Century Fox. 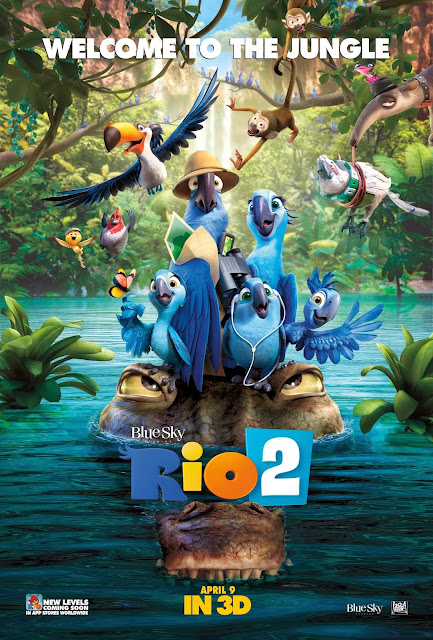 The film’s macaw lovebirds Blu and Jewel (voiced by Jesse Eisenberg and Anne Hathaway) are now facing parenting issues whether to stay in the city or make a new nest in the jungle to raise their children.  Along with their friends,  “Rio 2” continues the grandeur of adventure as we see Blu and Jewel raise their children while unexpectedly meeting relatives in the wild and dodging dangers brought about by familiar and new set of villains.

“Rio 2” opens April 9 in 3D nationwide from 20th Century Fox to be distributed by Warner Bros.