TAKEN 2 takes the Action in ISTANBUL

Olivier Megaton who helms Liam Neeson’s sequel starrer “Taken 2” panned Istanbul with a fast-moving crew that’s rarely done on this sort of scale of a movie. The director has stripped the crew to its bare essentials and took them into the streets of Istanbul. 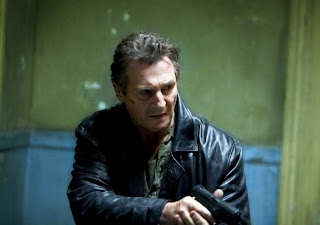 Liam Neeson returns as Bryan Mills, the retired CIA agent who stopped at nothing to save his abducted daughter in “Taken.” When he is targeted by a mysterious figure seeking vengeance, Bryan must employ his “particular set of skills” to protect his family against an army out to kill them.


“Taken 2” picks up two years after the events of “Taken.” Bryan’s relationship with his daughter Kim (Maggie Grace) has grown stronger, and he hopes to reunite with ex-wife Lenore (Famke Janssen). “Even before he encounters the new threat to his family, Bryan is on a mission to get closer to Kim and Lenore,” says director Olivier Megaton. 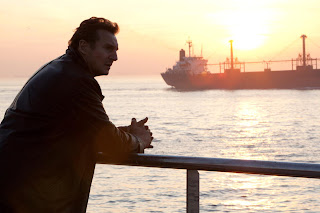 “I never thought I'd be here for a sequel,” Neeson says, casting an eye over the setting sun as the ferry crosses the border between Europe and Asia. Bolstered by its impressive action and wry humor, the first “Taken” film, directed by Pierre Morel and written and produced by Luc Besson, was an instant success with audiences all over the globe. And in Bryan Mills, Liam Neeson created an action hero for the 21st Century, to rival some of the greatest gun-handlers in cinema history, from John McClane to Jason Bourne.

“I don't know the statistics for parenthood, but let's say 8 out of 10 people are parents,” says Neeson. “You'll do anything for your kids, especially if they're in trouble. I think people just connected with that, on a real, visceral gut level, and it resonates with men and women. It wasn't just guys of a certain age; it was ladies, too. And yes, I would do the exact same thing for my kids.” .

Much of the action in “Taken 2” unfolds in Istanbul, a locale rarely seen on screen. Megaton spent much of his prep time scouting locations and walking around the city for hours at a time. When principal photography commenced, he knew Istanbul's streets and passageways better than some of the local crew. Moving the shoot to Istanbul was crucial to ensuring a distinct personality to the film. It's also a location not especially well represented in modern cinema, an opportunity for the film to try something new.

Neeson says shooting in Istanbul was like nothing he has experienced. “Istanbul is where east meets west – a beautiful city full of wonderful people,” notes the actor, who has filmed on locations around the globe but remains most impressed with Istanbul’s singular sights and sounds.

“Taken 2” on screens nationwide on October 4 from 20th Century Fox to be distributed by Warner Bros.
Posted by Cathie Alhambra