Columbia Pictures has just released a “Skyfall” video blog that pays tribute to London, which is featured prominently in the new James Bond film. The featurette can be viewed here. 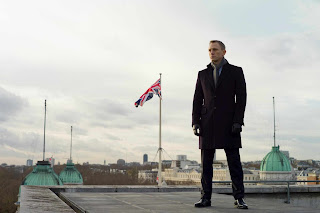 In the film, James Bond’s loyalty to M (Dench) is tested as her past comes back to haunt her. As MI6 comes under attack, 007 must track down and destroy the threat, no matter how personal the cost.
“Skyfall” will begin its roll-out in the Philippines on Oct. 31st 2012.

The film is distributed by Columbia Pictures, local office of Sony Pictures Releasing International. Visit www.columbiapictures.com.ph to see the latest trailers, get free downloads and play free movie games. Like us at www.Facebook.com/ColumbiaPicturesPH and join our fan contests.
Posted by Cathie Alhambra