In a hole in the ground there lived a Hobbit…
“The Hobbit” is set in Middle-earth 60 years before Tolkien’s “The Lord of the Rings,” which Jackson and his filmmaking team brought to the big screen in the blockbuster trilogy that culminated with the Oscar-winning “The Lord of the Rings: The Return of the King.”
The two films, with screenplays by Fran Walsh, Philippa Boyens, Guillermo del Toro and Peter Jackson, will be shot consecutively in digital 3D using the latest camera and stereo technology. Filming will take place at Stone Street Studios, Wellington, and on location around New Zealand. 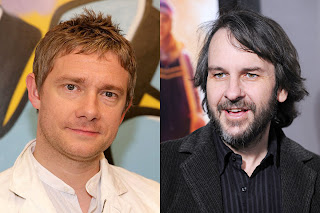 “The Hobbit” is produced by Peter Jackson and Fran Walsh, alongside Carolynne Cunningham. Executive producers are Ken Kamins and Zane Weiner, with Philippa Boyens as co-producer. The Oscar-winning, critically acclaimed “The Lord of the Rings” trilogy, also from the production team of Jackson and Walsh, grossed nearly $3 billion worldwide at the box office. In 2003, “The Return of the King” swept the Academy Awards, winning all of the 11 categories in which it was nominated, including Best Picture – the first ever Best Picture win for a fantasy film. The trilogy’s production was also unprecedented at the time. 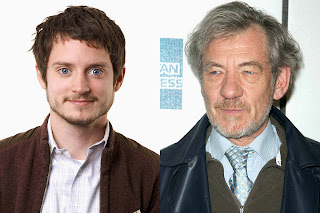 Among the creative behind-the-scenes team returning to Jackson’s crew are director of photography Andrew Lesnie, production designer Dan Hennah, conceptual designers Alan Lee and John Howe, composer Howard Shore and make-up and hair designer Peter King. Costumes are designed by Ann Maskrey and Richard Taylor.
Taylor is also overseeing the design and production of weaponry, armour and prosthetics which are once again being made by the award winning Weta Workshop. Weta Digital take on the visual effects for both films, led by the film’s visual effects supervisor, Joe Letteri. Post production will take place at Park Road Post Production in Wellington.
“The Hobbit” films are co-produced by New Line Cinema and MGM, with New Line managing production. Warner Bros Pictures is handling worldwide theatrical distribution, with select international territories as well as all international television licensing being handled by MGM. The two films are planned for release in late 2012 and 2013, respectively.
Posted by Cathie Alhambra