DREW BARRYMORE GOES THE DISTANCE FOR LOVE IN NEW COMEDY 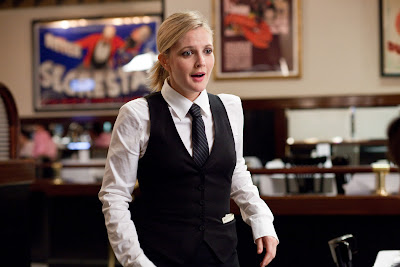 Drew Barrymore (He’s Just Not That Into You) stars in New Line Cinema’s raucous and romantic comedy with both heart and heat, Going the Distance. The film tells the story of what can happen when a beer-and-barbecued wings-fueled one-night stand accidentally turns into something more. 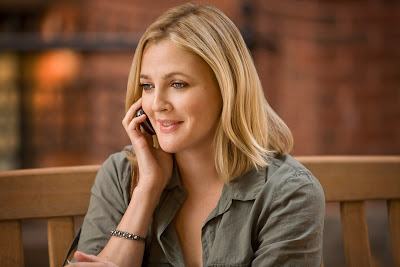 In the film, Erin’s (Barrymore) wry wit and unfiltered frankness charm newly single Garrett (Justin Long) over beer, bar trivia and breakfast the next morning. Their chemistry sparks a full-fledged summer fling, but neither expects it to last once Erin heads home to San Francisco and Garrett stays behind for his job in New York City. But when six weeks of romping through the city inadvertently become meaningful, neither is sure they want it to end.

Barrymore reveals, “I liked this story because it had a lot of humor and it was sexy, but it was also surprisingly emotional. I couldn’t stop thinking about these characters and I really cared about why or how they were or weren’t able to work out their issue contemporary way totally interests me.” 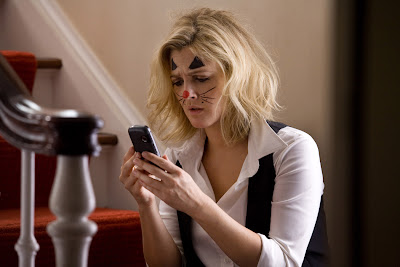 The role of aspiring journalist Erin required Barrymore to be both tough and vulnerable, with a smartass sense of humor. “Drew has often played an America’s sweetheart type of character, but Erin is strong-willed, she curses, she speaks her mind freely and is really on equal footing with the guys. Drew played it without losing any of her charm,” director Nanette Burstein states.

“Erin is a very strong girl; she can go to bars and win at video games and hang with the boys,” Barrymore offers. “But she put a relationship ahead of her dreams before and resented it, so she’s not going to do it again. I really liked playing someone with a sharp tongue and wit and honesty. I loved her bravado.”

“Being an educated woman of around 30, still interning in a shrinking job market, there’s a lot of competition and that’s frustrating,” producer Adam Shankman says. “So, like a lot of young professionals, Erin goes out after work to blow off steam. She plays as hard as she works,” he adds. “I think Drew felt that was a refreshing change of pace and she was fantastic in the role.”

“To me, both Erin and Garrett are really honest, flawed characters,” Shankman observes. “Garrett behaves pretty badly at times, Erin behaves pretty badly at other times, and they both behave selfishly. But even though life is giving them an ‘out,’ they’re honestly trying to make a go of it before they decide if it’s too big of a commitment. And while humor infuses almost everything, the emotional scenes with Justin and Drew really anchor the film.”

Like many real couples facing time apart, the characters in Going the Distance try to maintain both the humor and the emotion that flows freely when they’re together.

“Even though Erin and Garrett are separated by thousands of miles, we wanted to make sure that we didn’t separate the heart and the humor,” Barrymore concludes. “We tried to bring in both everywhere, across the board.”

Opening soon across the Philippines, Going the Distance is a New Line Cinema production, and distributed worldwide by Warner Bros. Pictures, a Warner Bros. Entertainment Company.
Posted by Cathie Alhambra