Portraying strong, unique female characters on the big screen is always a welcome challenge for Scarlett Johansson. So when casting his latest action-thriller “Lucy,” and writer-director Luc Besson needed to find an actress who could be believable as extremely vulnerable, as well as superpowered, when her exposure to an illicit substance inadvertently makes her acquire incredible skills, Johansson quickly came to mind.

Producer Virginie Besson-Silla describes the unlikely heroine of this story: “Lucy is an average girl who’s having fun with her friends in Asia, and there’s a lot of partying going on. She’s discovering life, but she’s going to discover it the hard way…and go much further than she would ever expect.”

For the role, Besson and his producer reached out to Scarlett Johansson, who has starred in intimate films such as “Lost in Translation” and “Her,” as well as action blockbusters including “Iron Man 2,” “The Avengers” and, most recently, “Captain America: The Winter Soldier.”


Besson was impressed by the actress’ discipline. He explains that she was precise and professional from the get-go: “When we first met, Scarlett had read the script and I enjoyed the way she talked about it. She was excited for the right reason, which was the story. At that moment, it was a done deal for me. She was definitely the one.” 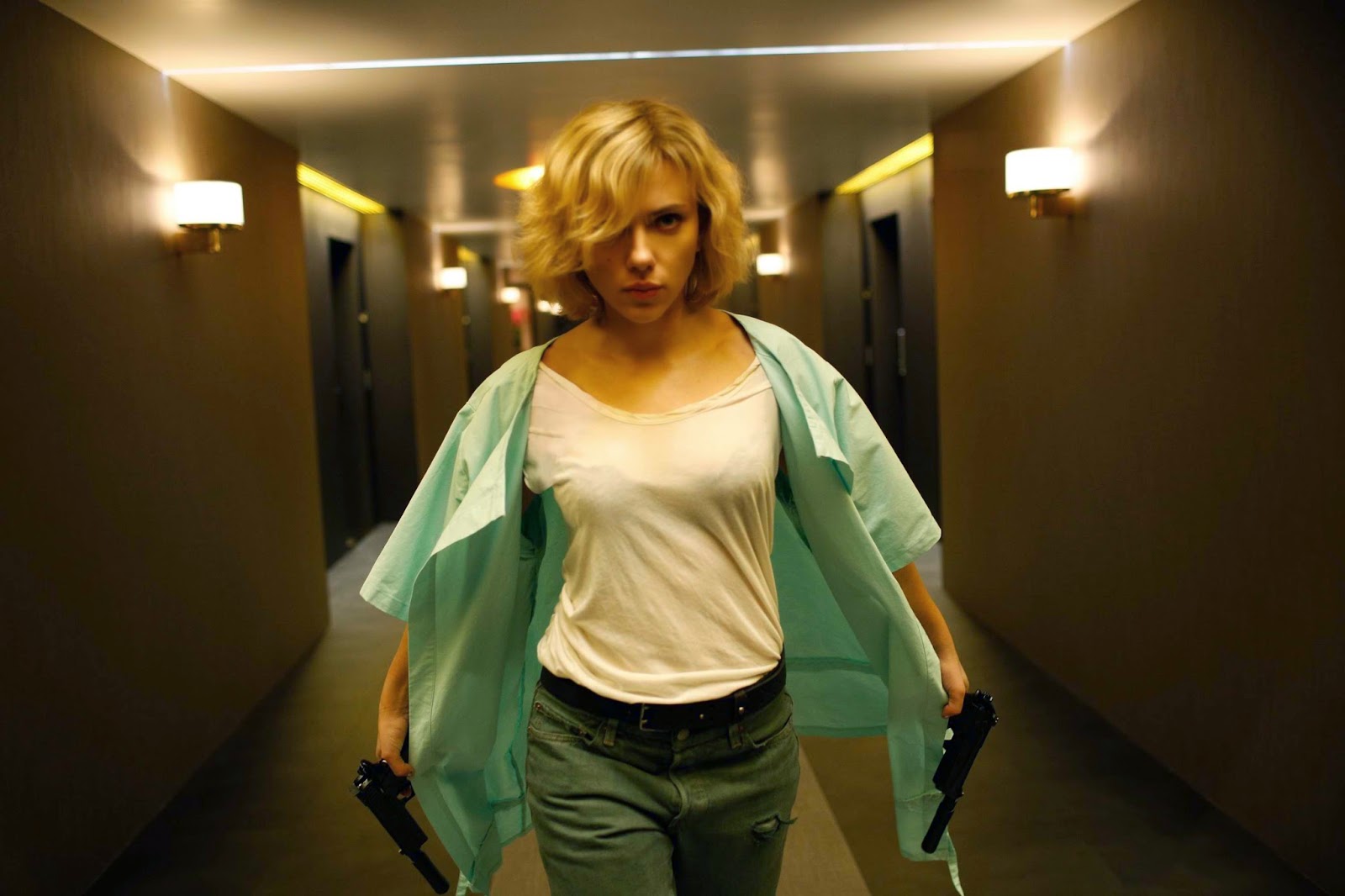 Johansson explains that one of her interests in portraying Lucy is based on the fact that the character “is in a transient phase in her life when we find her. She’s figuring out who she is, and she’s feeling like she should probably get her life on track.” The actress was not only attracted to the material, but to Besson’s vision. She notes: “The film poses some complex existential questions. It would have been hard to imagine how the script has evolved because so much of that is Luc’s vision. Anything I could imagine the film to look like, just from reading the descriptions in the script, pales in comparison to the actual life that Luc breathed into this project.”

Johansson acknowledges that even though she was initially disoriented by the screenplay’s nonlinear structure, she knew that she could trust the director. Quite familiar with Besson’s work, she cast aside caution and signed on to the film. “This is actually what drew me to this project,” she insists. “I had to trust Luc’s vision. I remember meeting him and he said, ‘You have to trust that I know what this is about because it can be vague at times. But if you see what I’m seeing, you’ll believe in it.’ So, I took a leap of faith. He’s a formidable guy who knows what he sees in his mind and wants that vision to be executed perfectly.”

Everyone involved in the production acknowledges that Lucy was a highly demanding role. Still, Johansson went beyond everyone’s expectations. Commends Besson-Silla: “It was all the more difficult, as Lucy starts off as a plain girl and turns into, as it were, a superhero. She goes through so much. Scarlett was able to take that journey easily.”
With such a clear vision of his protagonist, Besson was able to devise a method to help his leading lady get in character. He explains: “We created something very funny, which Scarlett had on her wall, to allow her to understand what reactions I wanted from her when I asked her to play, say, 25 percent, or 50 percent, or 70 percent of her brainpower.

“For every 10 percent, we charted out what you could do with that percentage— your level of knowledge and possibilities,” Besson continues. “It was a very good guide. Every morning she’d look at the chart to see which girl she had to play. If you look at the Lucy at the beginning and the Lucy at the end, they have little in common. When we arrived on set, Scarlett was exceptional. You can ask for whatever you want and she says, ‘Okay.’ She’s always willing to try.”

The actress admits that the most challenging part was to portray Lucy as a truly relatable character, despite the psychological and physical changes that she’s experiencing: “As the drug kicks in, Lucy gradually loses the ability to empathize and to feel pain. Even though she can delve deeply into someone’s memory and eventually control him physically, she doesn’t have any opinion. She loses her preconceived ideas or judgment about the other person. It was difficult to avoid making my performance flat and monotonous. You have to see the humanity behind her circumstances.”