Best Selling Novel “IF I STAY” Enthralls in the Big Screen

Sometimes you make choices and sometimes they make you. For reserved high school cellist Mia, it comes in an instant. One snowy drive, one horrific accident, and she is forced to make a choice only she can make, one that will make this day Mia’s defining day. 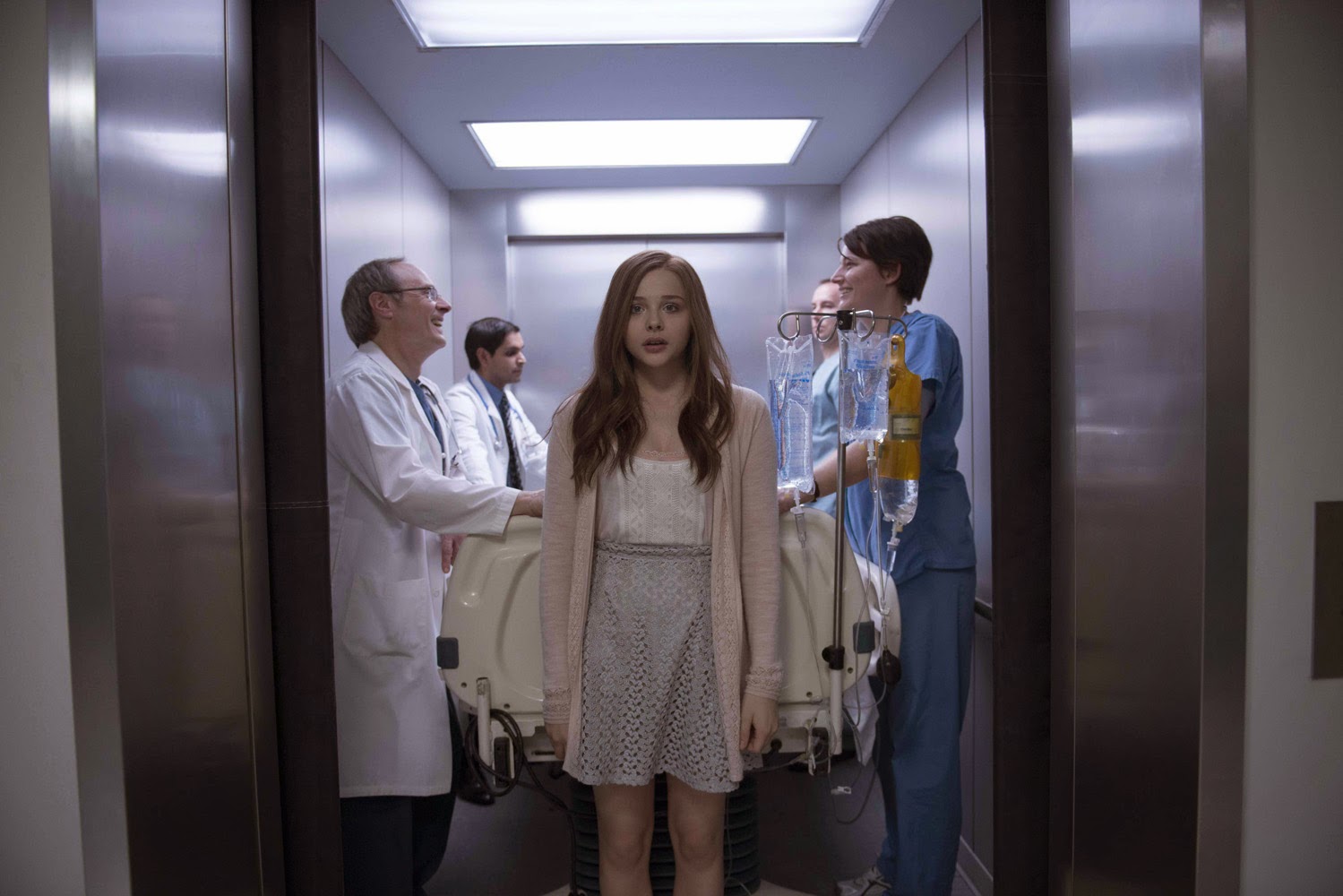 That is the storyline of New Line Cinema's “If I Stay,” director R.J. Cutler’s adaptation the New York Times best-selling novel by Gayle Forman. Forman’s book has gripped Young Adult readers around the world with its enthralling love story and its unflinching look at what one young girl would do in the face of a life or death crisis that suspends her between this world and the next and presents her with an impossible choice…to stay or go?

“I read it in one sitting and it shattered me,” says director R.J. Cutler. His big screen adaptation marks the documentary filmmaker’s motion picture debut. “The central premise—we are whom we love—was so evocative, so moving, I knew I had to translate the profound connection I had with those pages to film.”

The book’s global fan base includes producer Alison Greenspan, who read the galleys of Forman’s novel before it was even printed. Greenspan was equally engaged by Mia’s conflict and relationships. “I was captivated by Gayle’s voice, and how true it was to the young experience of grappling with love: family love, romantic love and love of self. It really spoke to my heart,” she offers.

She was also completely taken with Cutler’s vision, which he revealed in a visual presentation, complete with a CD reflecting the detailed musical palette for the world revolving around star-crossed musicians.

“I didn’t just see the film when I read the book, I heard it,” says Cutler. “It was very clear to me.”

Greenspan was familiar with Cutler’s thought-provoking and critically acclaimed documentaries that covered pop culture from politics to fashion. She followed an instinct that the combination of Forman’s material and Cutler’s inherent understanding of it was the start of something special.

Capturing the spirit of the popular book in a script was a key element. Although screenwriter Shauna Cross’s repertoire had been predominantly edgy comedies, her regard for the book and her take on it was exciting to the filmmakers.
“There was a great alchemy between her hip, vibrant voice and the heartrending nature of Gayle’s,” says Greenspan. “The script is touching and sentimental, but still grounded in reality, and that’s what Shauna brought to the table.”
The producer also made a decision early on to keep Forman closely involved. Cross enjoyed the collaborative process with the author, noting, “The novel has so many layers—it’s funny and cool and heavy and uplifting. I wanted to preserve what the fans fell in love with in the first place. You have to modify things a little, but the film is still Gayle’s world and has Gayle’s Mia; it’s her Adam, parents and friends.”

The pairing of styles proved fruitful. Forman, who also serves as executive producer, attests, “This is material I know intimately and characters that have lived in my mind for years, so, as I read the screenplay or watched on set, and got that twist in my gut I knew, for me, the book’s emotional content had successfully made the transition to screen.
“It’s been a real labor of love, I think, by a remarkable team,” she goes on. “Alison has been a champion and the moment I met R.J. I knew he saw it. He completely got the music, visuals, love story, and the characters. The cast is incredible too. It’s really the full package and I think the readers will be happy.”

Cutler adds, “Regardless of whether or not you’ve read the book, ‘If I Stay’ is a love story that takes an emotional journey exploring a fundamental truth: fate may have a hand in defining us, but so does love. And the choices we make because of that love can alter everything.” 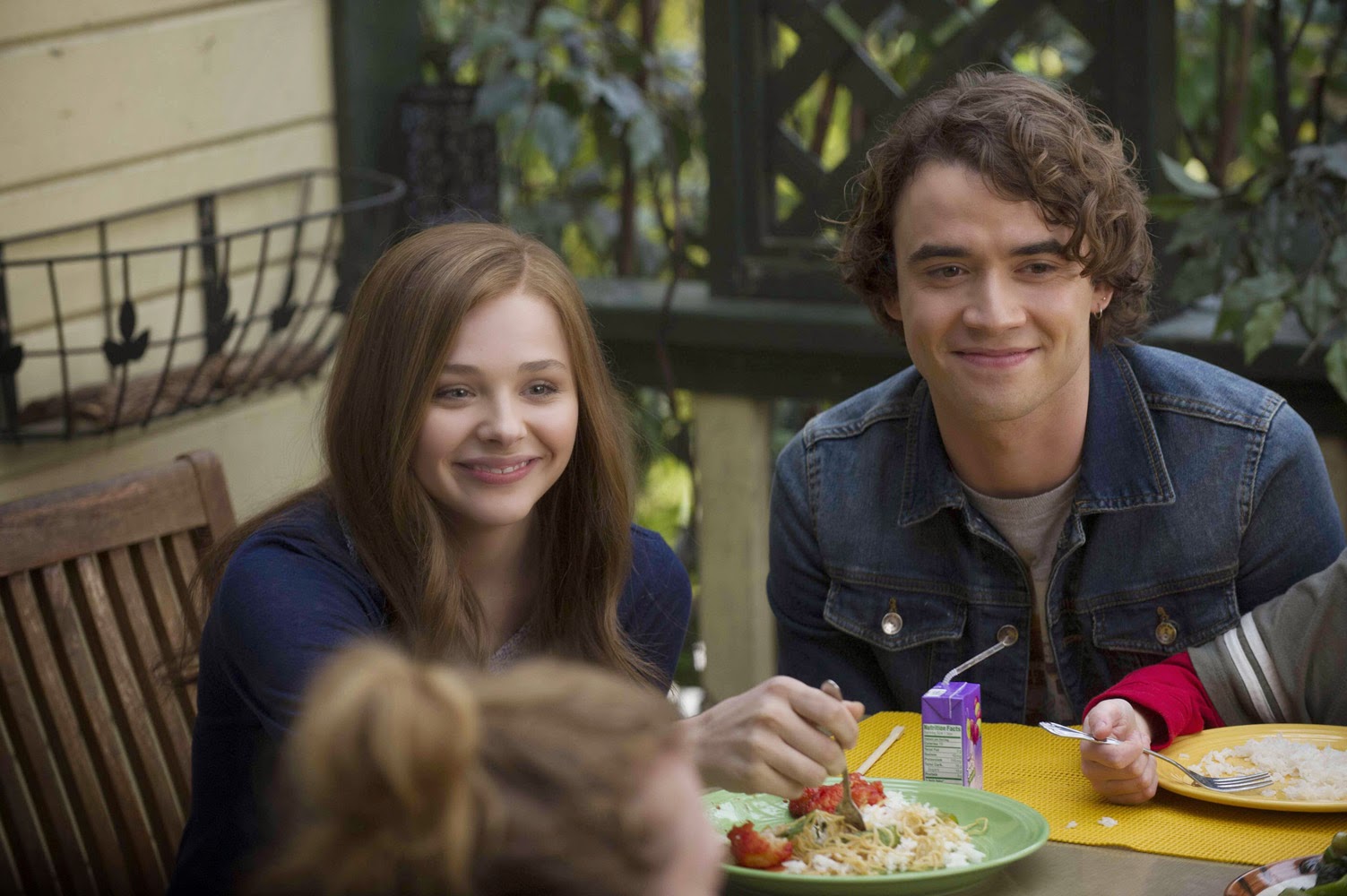 In “If I Stay,” Mia Hall (Chloe Grace Moretz) thought the hardest decision she would ever face would be whether to pursue her musical dreams at Juilliard or follow a different path to be with the love of her life, Adam (Jamie Blackley). But what should have been a carefree family drive changes everything in an instant, and now her own life hangs in the balance. Caught between life and death for one revealing day, Mia has only one decision left, which will not only decide her future but her ultimate fate.

Opening across the Philippines on September 3, 2014, “If I Stay” is distributed by Warner Bros. Pictures, a Warner Entertainment Company.
Posted by Cathie Alhambra

Email ThisBlogThis!Share to TwitterShare to FacebookShare to Pinterest
Labels: all, book based movie, Chloe Grace Moretz, If I Stay, novel