High-Flying Heroes Save the Day in “PLANES: FIRE & RESCUE” 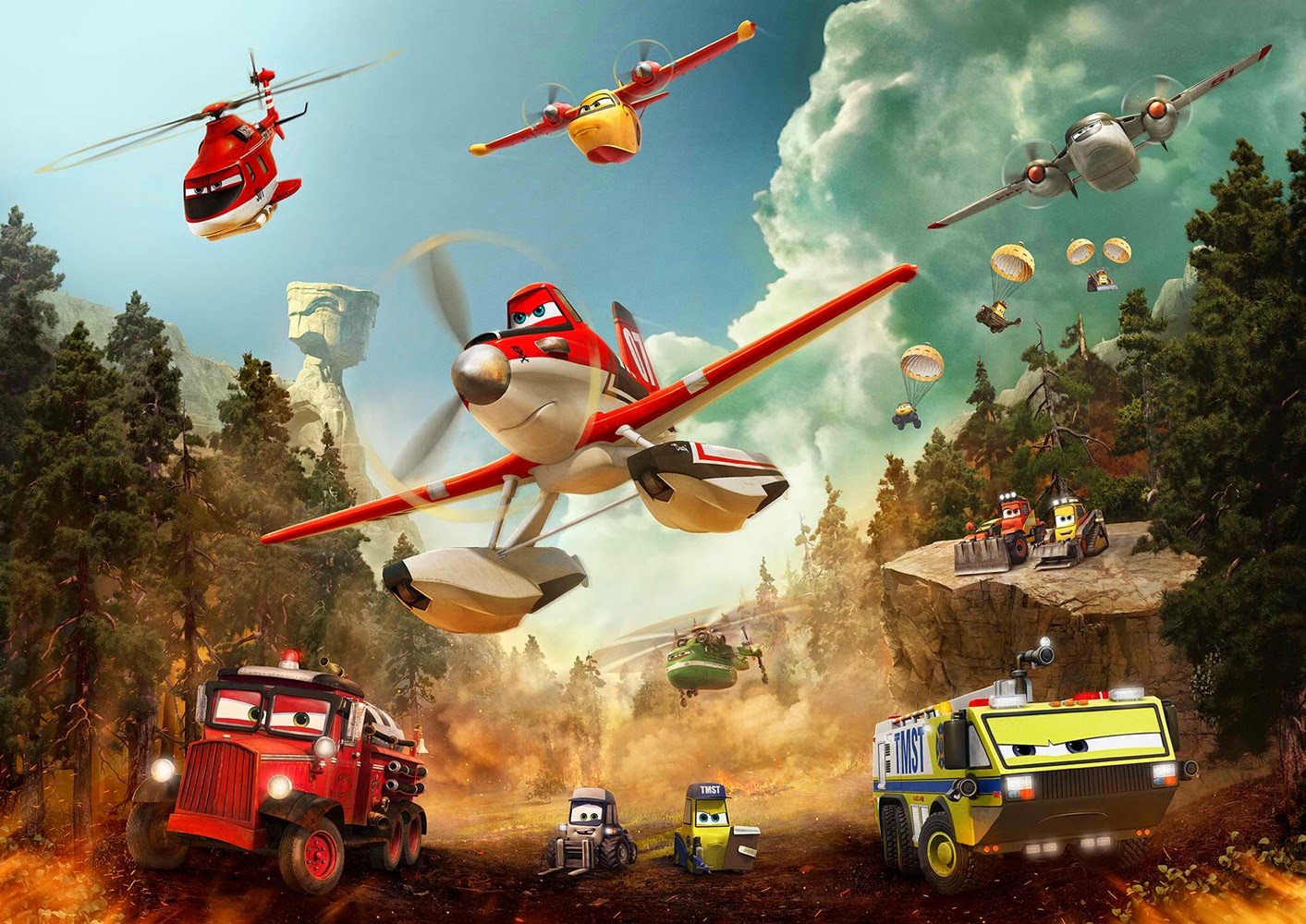 When world-famous air racer Dusty Crophopper learns that his engine is damaged and he may never race again, he must shift gears and is launched into the world of aerial firefighting. “It’s a movie about second chances,” says director Bobs Gannaway (“Secret of the Wings”). “Each character was something else before finding their current roles, and Dusty is a crop duster-turned-racer who can’t race any more. When we learned that historically, the very first air attack teams were crop dusters, it was clear that the plane was telling us where the story was going.”

Dusty joins forces with veteran fire-and-rescue helicopter Blade Ranger and his courageous team, including spirited air tanker Dipper, heavy-lift helicopter Windlifter, ex-military transport Cabbie and a lively bunch of brave all-terrain vehicles known as The Smokejumpers. Together, the fearless team battles a massive wildfire and Dusty learns what it takes to become a true hero.

“It’s a classic injured-athlete story,” says producer Ferrell Barron (“Piglet’s Big Movie,” “The Fox and the Hound 2”). “I think we’ve all experienced some kind of loss at some point in our lives—an end of an era, a lost love, a failed career. We’ve all had to recalibrate. Dusty can’t go back to being a crop duster, he left that behind. He has to move forward.”

Opening across the Philippines on August 20 in 3D and 2D cinemas, “Planes: Fire & Rescue” is distributed by Walt Disney Studios Motion Pictures through Columbia Pictures.
Posted by Cathie Alhambra