“THE FAULT IN OUR STARS” Align on June 5 in Cinemas

The phenomenal young-adult tome “The Fault In Our Stars” penned by John Green is brought to life on the big screen produced by blockbuster producer Wyck Godfrey (“Twilight” films) and directed by Josh Boone (“Stuck In Love”).

Written for the screen by the creative minds of Scott Neustadter and Michael H. Weber (“500 Days of Summer,” Shakespeare’s “Romeo and Juliet”), “The Fault In Our Stars” features two of today’s most followed young actors – Shailene Woodley and Ansel Elgort as extraordinary teenagers who fatefully meet and takes their love on an unforgettable and exhilarating journey into infinity. 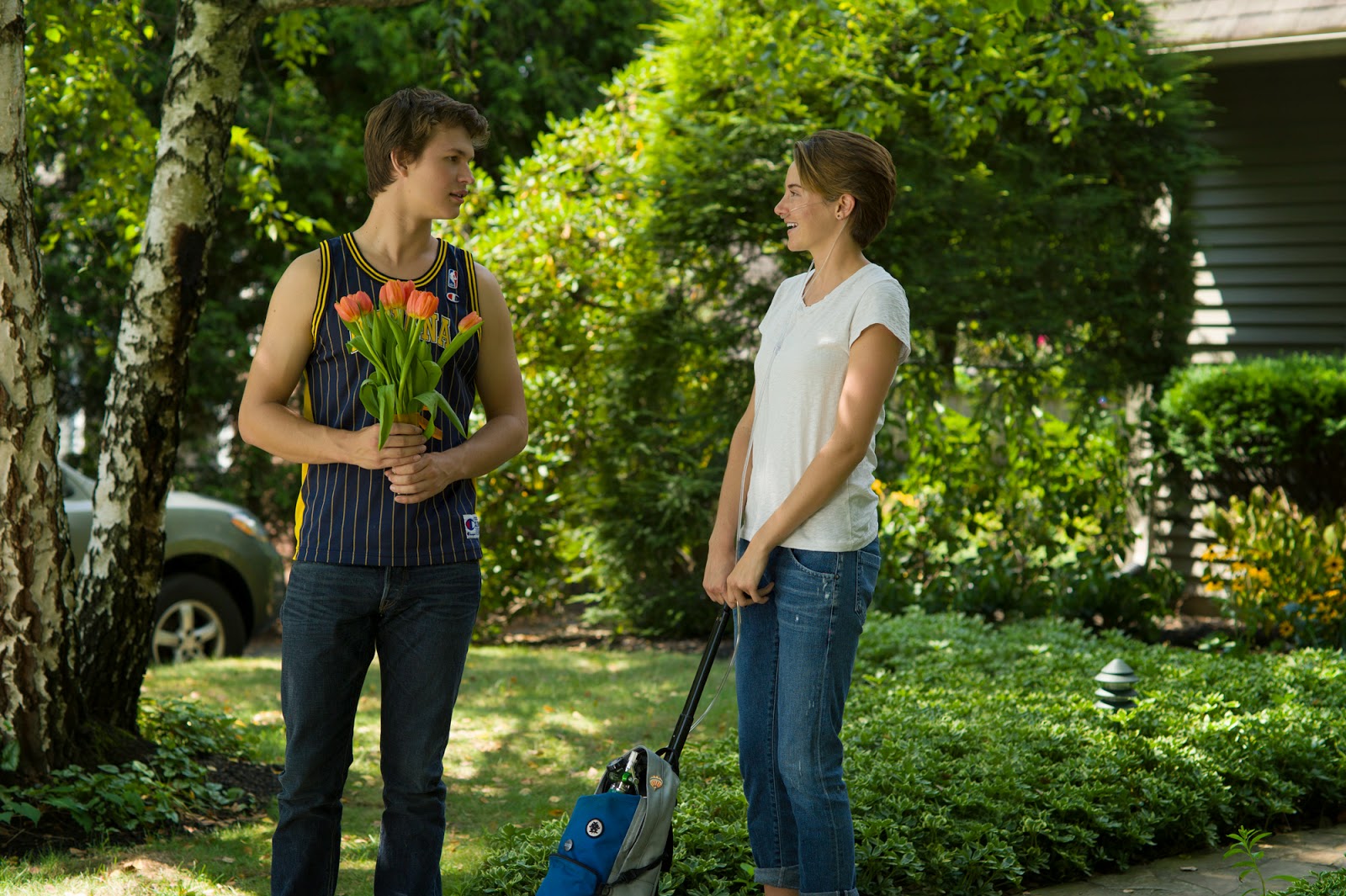 Hazel Grace Lancaster (Shailene Woodley) is sixteen years old. She alternately loves and tolerates her sometimes over-doting parents.  Hazel has developed a crush on a young man, Gus Waters (Ansel Elgort), who seems equally smitten with her. As they grow closer, Hazel and Gus share their fears that accompany their health issues, as well as their love of books, including Hazel’s touchstone, An Imperial Affliction.  She has tried many times to get in touch with the book’s reclusive author Peter Van Houten (Willem Dafoe), to no avail.  When Gus manages to reach Van Houten through the author’s assistant, it results, astonishingly, in an invitation to meet the writer in Amsterdam. Gus is determined to take Hazel on a journey that will answer every question she has ever had about the book that has meant so much to her.
Even before the novel was published, Hollywood came calling.  But Green was reluctant to sell the movie rights.  “I felt the story was so personal and close to me I just couldn’t imagine it being turned into a movie.”


Producer Wyck Godfrey was aware of the author’s reluctance.  Having just produced the phenomenally successful Twilight series, based on the books by Stephenie Meyer, Godfrey and Marty Bowen, his partner at Temple Hill Entertainment, had become adept at recognizing literature that was ideal for screen adaptation. “We had been trying to find something that would speak to the next wave of young readers who were looking for something that was very real, and The Fault in Our Stars felt like the next step for young adult fiction.”
Godfrey approached Fox 2000 Pictures president Elizabeth Gabler, and together they moved quickly to secure the movie rights.“We got on the phone with John and convinced him we were the right people to turn the book into a film,” Godfrey recalls.  Their mutual love of football (soccer) helped seal the deal.  “I admitted to being a huge Liverpoolfan, and as luck would have it, so was John,” adds the producer.
Bonding over sports, aside, Green says that meeting Godfrey and the film’s executive producer (and Temple Hill Entertainment executive) Isaac Klausner, and hearing firsthand of the two filmmakers’ commitment to be faithful to the book’s themes and characters,convinced the author that they were the right people to bring the story to the big screen.

“One of the things Wyck said to me during those meetings was, ‘You didn’t write a cancer book, and we’re not going to make a cancer movie,’” Green remembers.  “Wyck didn’t want the film to be sentimental or about learning to be grateful for every day.  Wyck wanted the film to be raw, exciting and a celebration of life.  And that’s exactly what I was looking for.
“I wanted the movie to be fun and something from which people would walk away feeling uplifted – that would capture the idea that a short life can be a good and rich one.  Wyck and Isaac really believed those things, too.” 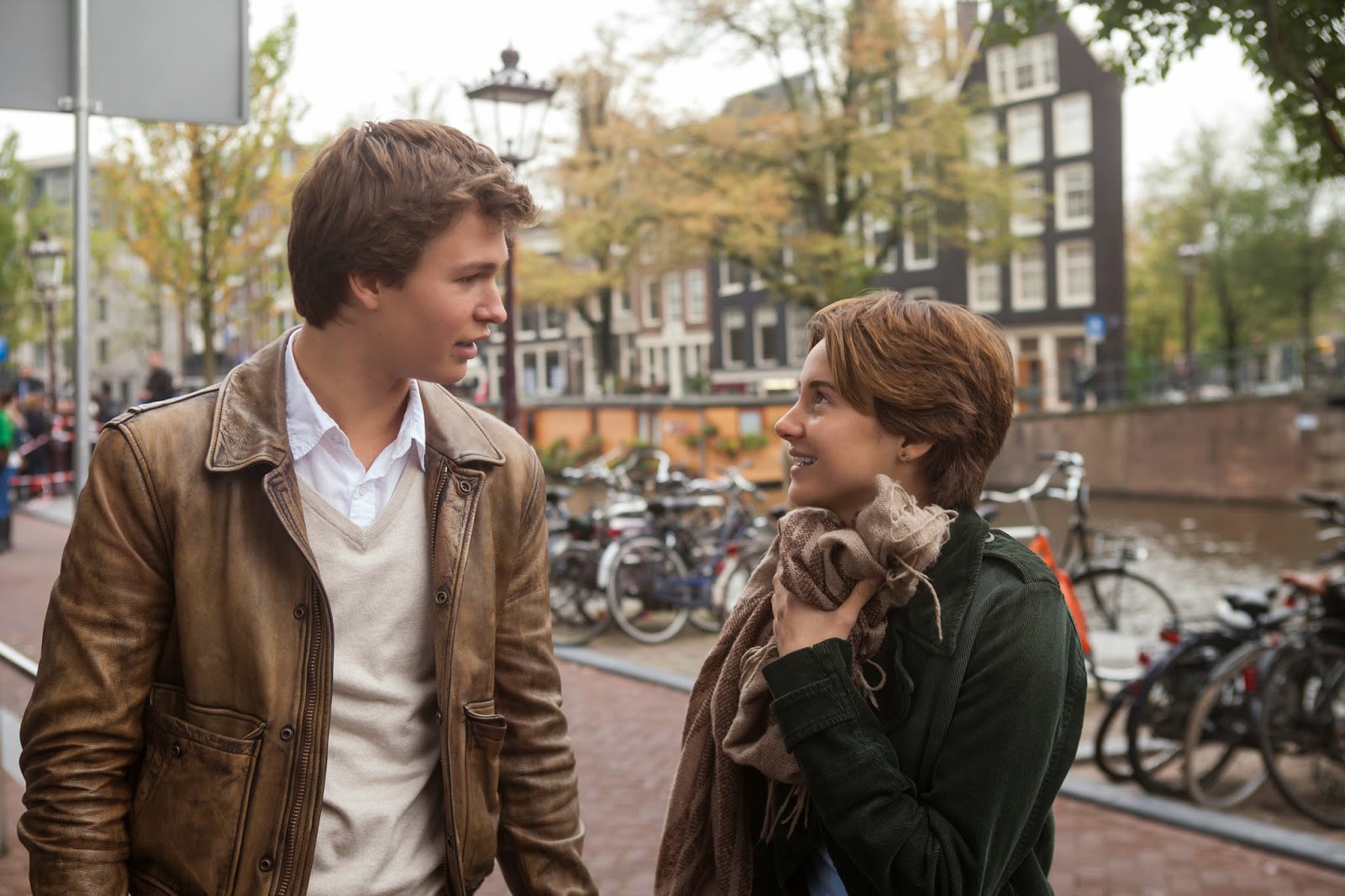 Two of the book’s legions of fans – screenwriters Scott Neustadter& Michael H. Weber – were pleased to come aboard and adapt Green’s novel.  “The truth is we were fortunate to become involved with the project before the book became a worldwide sensation,” Neustadter explains.  “At the time we read it, right before its publication, it was beloved…by us.  The reaction to the book since then is fantastic – we hope the movie is embraced in the same way – but it was not an issue when we were adapting, beyond our strong feelings for it.”

“Our goal was to preserve as much of the book as possible while making sure it’s a special cinematic experience,” adds Weber. “As with most books, the biggest challenge in that process is externalizing the internal voice of the book.  John Green read our first draft and sent us the most wonderful email of support.   When we work with an author of his caliber it means a lot to us that they approve of our adaptation.”
The decision to have Josh Boone direct was an easy one.  Godfrey was a fan of Boone’s film Stuck in Love and had been tracking it since he had read the script. The film starred Greg Kinnear, Jennifer Connolly and Lily Collins, but as Godfrey says, “It’s ultimately about the character of the teenage son,” played by Nat Wolff, who has a leading role in “The Fault In Our Stars.”
“It’s sort of autobiographical and you watch this kid come of age in a way that is funny, emotional and yet never pandering,” Godfrey explains.“It felt very real.”
Boone’s take on the movie was certainly ambitious. His pitch to the studio and producers: “This story is ‘Titanic’ and cancer is the iceberg we’re going to hit eventually.  But the film cannot be about the iceberg; it has to be about the love story.  It had to have real and special moments.”
John Green was a regular presence on the set, and according to Boone, the author’s input was invaluable.  “John was terrific in helping us determine whether something was working,” says the director.  “He’s not only a wonderful writer, he’s a great audience.”
Posted by Cathie Alhambra