‘Chloë Grace Moretz’ Hit Girl is back in Kick-Ass 2 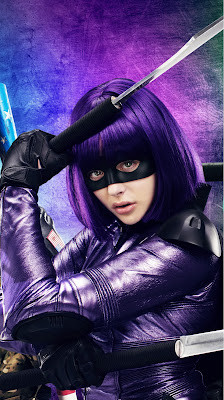 Kick-Ass wouldn’t be half the hero he is without Hit Girl, and no sequel would begin production without her in the mix.  Imagined by Award winning writer Mark Millar as a tribute to his eldest daughter, Hit Girl has struck a chord with readers since her introduction and grown exponentially in popularity.  The young woman who brought her to life, Chloë Grace Moretz, has been working up a storm—earning critical acclaim in such fare as Let Me In, as well as working with the likes of Martin Scorsese in Hugo and Tim Burton in Dark Shadows and soon to be seen starring opposite Julianne Moore as the title character in the remake of Carrie.  Like her co-stars, she was thrilled to step back into her Kick-Ass role as Hit Girl, unfazed by the commotion caused by her appearance the first time around.

"The obvious difference is that I'm older now, and the difference between 11 and 15, which is how old I was when we finished, is that you're a different person, obviously," Executive Producer Neal H. Moretz reveals. "You're calculating more ideas, you're experiencing more things in your own life, you're not just living through other people's eyes, you're making your own decisions."


For the 2010 film, the now 16-year-old actress took the world by roundhouse kick with not only her acting abilities, but her phenomenal mastery of weaponry and martial arts.  Indeed, Moretz didn’t know she was prescient when she joked at the premiere of the first film that she wanted to ride a purple Ducati: Hit Girl’s bike of choice in Kick-Ass 2.  Laughs Moretz: “To get in the costume again and do all the stunts was pretty amazing.  I’ve had such a great time reliving the character and bringing in more dimensions, while taking an older approach to the role.  I liked seeing what I could play within the part.” 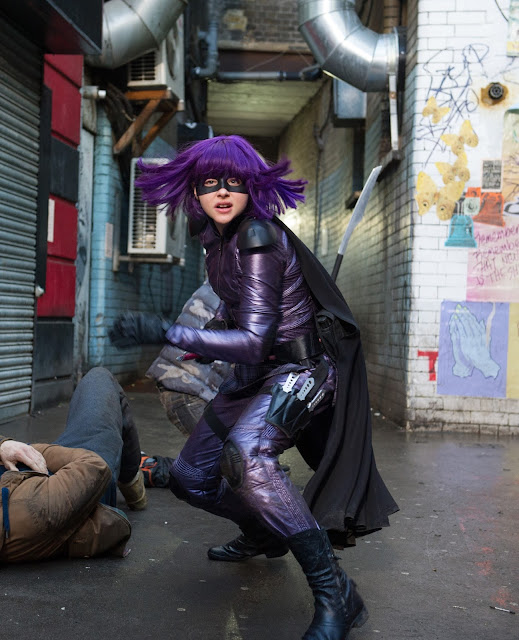 We meet a now-orphaned 9th grader in Kick-Ass 2, a girl who is more terrified of the treacherous girls in school than she ever was of the villains that she and Big Daddy took down.  Moretz describes where we meet Mindy: “She’s skipping school, still being a vigilante and caring more about Hit Girl’s life than Mindy’s.  Because she doesn’t have Big Daddy anymore, and Marcus is much more of a normal parent than Big Daddy, she starts to question herself.  She promises Marcus she’ll stop being Hit Girl and begins to figure out her life a bit.  The thing is…Mindy can’t really change.”

Mindy McCready's life also comes as a direct response to the previous one (also known as 2010's "Kick-Ass"), and that chapter doesn't read the same way this time around. 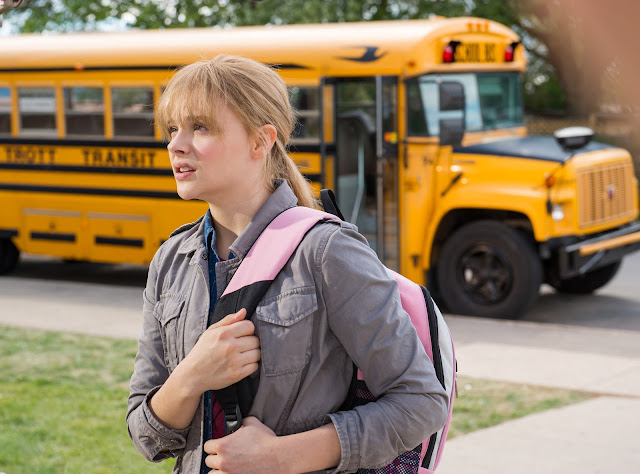 "Here's this little girl who is basically raised to be an assassin by this man who is insane," director Jeff Wadlow explains. "I mean, Big Daddy is treated like a hero in the first film, but in our film we even take a step back and say, no, he loves his daughter and that's a good thing, but he was totally crazy and he robbed her of any kind of normal life. We try to deal with that in a very real way."

"What Jeff and I really wanted to improve was the real heart of it," says Moretz. "Because I wanted to show that this girl didn't have a father anymore and how much that affected her. She's really confused and going through the self-torture of, 'Am I killing people because this is what I was raised to believe was a good thing, or am I just murdering people?'"

Moretz also promises that Hit-Girl's physicality will be different in the sequel, thanks to one big change: no guns. Well, mostly no guns. 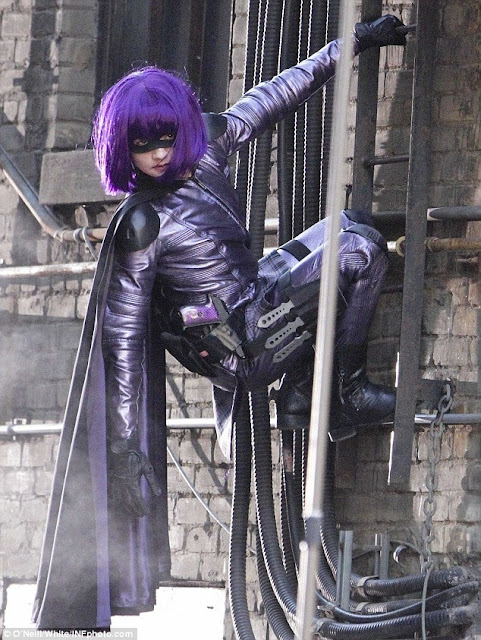 "I wanted to show this darker side to her, and I also wanted to make the action a little bit different. So we basically scrapped the guns. I do use guns a little bit in the movie, but we basically do hand-to-hand combat and it's just a lot more hands-on."

Drawing on the source material, Director Jeff Wadlow and the producers were interested in exploring what happens when Mindy stops being Hit Girl and grapples with life and love as a high-school student.  The director felt that no other performer but Moretz could possibly deliver that.  He says: “There’s something incredibly special about Chloë that is hard to describe and quantify, but when you see her on screen you instantly understand.  As a director, it was exciting for me to work with someone like her, because normally I like to dissect the character and intellectualize the story.  Chloë just gets it immediately; she doesn’t need me to pontificate.”

Wadlow found that the usual manner of directing an actor wouldn’t work with Moretz.  He proudly says: “Chloë understands how to create a moment in a way that you can’t teach or talk about it.  She just does it, and she does it every take.  It’s funny because we’d talk about a scene, about where I wanted it to go or how it fits into the larger story, and sometimes I’d wonder if what I was saying even made sense.  But then we’d shoot it, and Chloë would deliver—take after take.  I don’t think of her as a kid at all.  I talk to her as a peer because she is so incredibly savvy and mature, but also willing to be goofy and not at all self-conscious.  She’s just an amazing actress.”

“Kick-Ass 2” is released and distributed by
Universal Pictures and United International Pictures through Solar Entertainment Corp.