In bustling Beijing, China, ambitious young “Tiger” Chen Lin-Hu (Tiger Chen) works as a lowly courier; but after work, he is a young martial arts star, rising through the ranks representing the Ling Kong Tai Chi tradition.  Though most associate Tai Chi with peaceful, yoga-like movements, Tiger has perfected the ancient art and started to make a name for himself in the prestigious Wulin Wang martial arts championship. 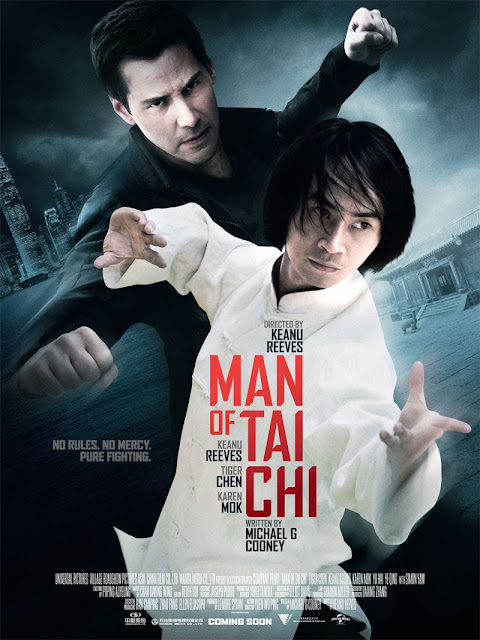 Meanwhile, in Hong Kong, police investigator, Suen Jing-Si (Karen Mok), who works for the organized crime unit OCTB, has run into a wall in her pursuit of Donaka Mark (Keanu Reeves).  Donaka is a powerful Hong Kong businessmen who runs a secret underground fighting ring, where cold hard cash is made by defeating one’s opponent in a no-holds barred fight privately broadcast to wealthy patrons.  Looking for a new “star,” Donaka tries to lure Tiger with the promise of easy money. 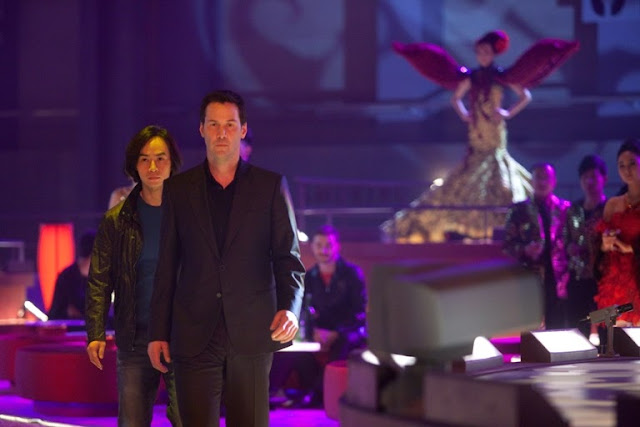 At first, Tiger declines, committed to the purity and integrity of his pursuit.  But when his temple is threatened with redevelopment, Tiger relents so that he may protect the legacy of Ling Kong Tai Chi.  Soon, Tiger is an underground sensation, defeating international opponents with reputations of deadly force.  But the darker side of Tiger’s skill begins to emerge.  His public fights in the Wulin Wang tournament become more aggressive, bringing Tiger unwanted attention and shame to his elderly master (Yu Hai).

Seemingly unable to harness the darkness inside of himself, Tiger eventually agrees to work with Jing-Si to bring down Donaka’s deadly private game.  But when every fight is the fight of his life, will Tiger be able to sustain his best intentions and manage the darkest and worst possibilities of his craft?