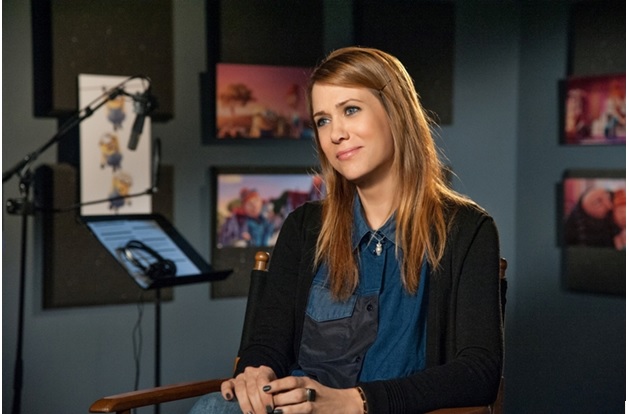 The comedienne who brings life to Lucy is the same actor who played a pivotal role in Despicable Me.  The producers and directors were so delighted by Kristen Wiig’s work as Southern belle Miss Hattie, the acerbic orphanage matron in the first film, that they asked her back to play the female lead in this chapter.  Wiig explains how her participation in the project came about: “I was so happy that I was able to be in both films, and when I heard that they wanted me to play a different character in the second one, I was beyond thrilled that they would give me the opportunity.”


As was  Steve Carell, Wiig was a bit taken aback by the global success of Despicable Me.  She relays: “The first film was unexpected, and I loved that the lead character is this horrible villain.  Still, it’s a sweet, funny story with great music about this awkward guy opening his heart and finding himself, as well as a family.  It has a great message and has a lot of action and comedy.”  Discussing this chapter, she offers: “People want to see where it left off.  At the end of the first film, you wonder how it’s going to work with this new family.  Now, you see them as a unit and you see them evolve.  Despicable Me 2 is funny and has lots of action, and it’s a smart, sweet story.” 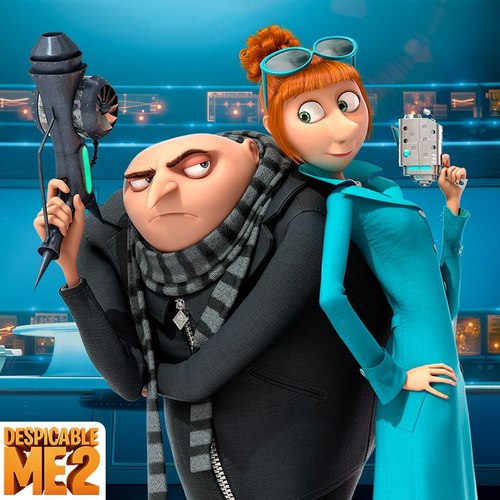 While the actress is known as the woman of a thousand faces and voices on Saturday Night Live—as well as from a film career that skyrocketed with the release of Bridesmaids (which she also co-wrote)—Wiig admits there is a freedom to vocalizing animation.  She says: “Physically you can be doing anything with your face or body because it isn’t about how you look.  The scripted lines and the story were so smart that you could just have fun with it.”

Her filmmaking team was thrilled with her vocal work for the quirky heroine who immediately bests Gru upon first match up.  Provides Meledandri: “Lucy is one of the most surprising and distinctive female characters that I have seen in an animated film.  She is incredibly self-directed, and though she may look a bit nutty, she is actually quite powerful when it comes to getting her way.  I can’t imagine anybody other than Kristen Wiig portraying her.  Lucy is unlike any Kristen character I’ve seen before, and when you watch her in the film, you realize that the animators and our directors were taking great inspiration from the voice track that she provided.” 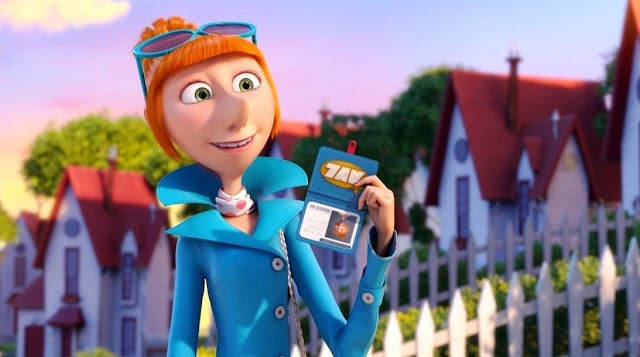 The producer appreciated the arc that Paul and Daurio created for Gru and Lucy.  He says: “A wonderful thing happens through the course of the movie.  As Gru begins to realize that he actually likes his new partner, and these are feelings that sneak up on him, the audience’s response is moving in sync with Gru’s response.  The chemistry of Steve’s and Kristen’s performances is undeniable.”

Kristen Wiig starred in the critically acclaimed summer breakout film Bridesmaids, she.  Bridesmaids is currently the top “R”-rated female comedy of all time.  Directed by Paul Feig and produced by Judd Apatow, Bridesmaids has become Apatow’s highest-grossing production.  Wiig was also nominated for a Golden Globe for Best Performance by an Actress in a Motion Picture—Comedy or Musical.  The film has also received significant awards recognition, including a Golden Globe nomination for Best Motion Picture—Comedy or Musical and a Screen Actors Guild Award nomination for Outstanding Performance by a Cast in a Motion Picture.

“Despicable Me 2” is released and distributed by
Universal Pictures and United International Pictures through Solar Entertainment Corp.