Katy Perry: Part of Me first solo movie in 3-D 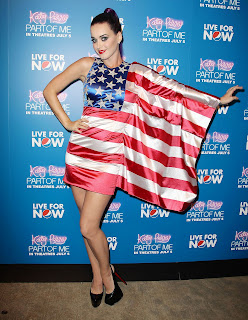 The first woman in music history to produce five Number One singles off of one album, Katy Perry has scaled the heights of pop music stardom few have reached before her. So when the artist invited two young filmmakers to tag along (and “catch everything on film—nothing off-limits”) as she circled the globe on her record-breaking “California Dreams Tour,” she thought it might produce something of interest to her legions of fans.

But it proved to be bigger than anyone could have predicted…

The result is the 3D movie music event of the summer—Katy Perry: Part of Me—a backstage pass, front row seat and intimate look at the fun, glamorous, heartbreaking, inspiring, crazy, magical, passionate and honest mad diary of Katy herself.


This is an intimate, fly-on-the-wall portrait of a natural born performer hitting the very peak of global popularity—the unflinching and ever-present cameras reveal the highs and the lows of Perry’s extraordinary trek, both personally and professionally.

The genesis of the project lies with the artist herself: “I could instinctively feel that something important was about to happen that year—it felt like this big wave was coming, and it felt like it was going to be a long one. So, I reached out to two filmmakers and said, ‘Hi, guys, I’d like to you come on the road and document the ride.’” 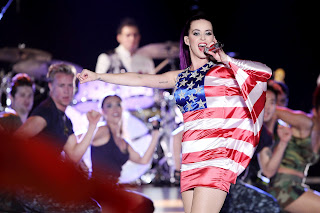 That ride was a yearlong world tour – selling out 124 arena shows – across the United States, Europe, South America and the Far East, and cameras were able to not only capture the palpable excitement and fun of her live concerts, but also to follow Perry back to the ‘reality’ of her day-to-day life, away from the stage lights and candy-colored costumes. Frank interviews with those who perhaps know the real Katy best—her family and her assembled family of “Team Perry”—offer glimpses into Perry’s background, as well as create a picture of a woman giving her all onstage…while pressing personal challenges await offstage.

Per Katy: “This movie is a journey. Last year, I had a year I’ll never be able to re-create…amazing highs and some big lows, but that’s life.  Everyone goes through the good and the bad, but it makes you stronger.  But no matter what, as with my live concerts, my ultimate goal with this movie is to make people smile.”


“Katy Perry : Part of Me” is released and distributed by United International Pictures
through Solar Entertainment Corp. Showing soon!
Posted by Cathie Alhambra

Email ThisBlogThis!Share to TwitterShare to FacebookShare to Pinterest
Labels: Katy Perry, Katy Perry: Part of Me