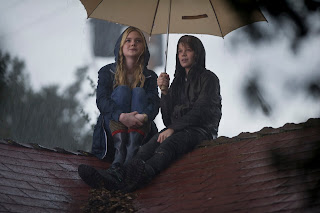 In “We Bought A Zoo” starring Matt Damon and directed by Cameron Crowe – Elle Fanning, Maggie Elizabeth Jones and Colin Ford take turns in keeping that familial warmth of the movie where Benjamin Mee (Matt Damon) buys a house with a zoo in order to give his family a fresh start in life. What begins as a rather impulsive fantasy turns into a daunting life-changing journey that is exciting, emotionally taxing, exceedingly labor intensive, often hilarious but ultimately more rewarding than even he could have ever imagined.


Elle Fanning, plays the young bubbly beauty Lily Miska, who lives and helps out at the zoo and its restaurant. When the Mees move in, she becomes fascinated with Benjamin’s teenage son Dylan. “Lily lives in her own world,” says Fanning, who celebrated her 13th birthday during production of the movie. “ Dylan is like an exotic creature to her. She starts wearing makeup and tries to flirt with him, but she doesn’t really know how because she’s never had a crush on a boy. Lily tries hard to impress Dylan.”

To portray the Mee children, the filmmakers conducted a nationwide search and online open casting call before eventually deciding on Colin Ford, and relative newcomer Maggie Elizabeth Jones, both natives of Atlanta, Georgia.

Colin Ford’s Dylan is having a difficult time in his new environment. “He doesn’t see eye-to-eye with his father,” says Ford. “Dylan defies him – he’s a real smart aleck – and does anything to get underneath his skin.” 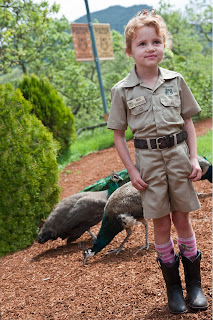 Currently making waves for her role as Rosie is Maggie Elizabeth Jones as the daughter of Matt Damon, who is full of joy, imagination and optimism. She’s an old soul who’s almost like a caretaker to her beleaguered father. Jones recently made her acting debut in “Footloose.”

On casting these three wonders, “Sometimes it takes months to find the right kids but we found fresh young actors who did not have a lot of cute habits from doing a lot of movies or commercials or television shows in which the characters have to be cute. We try to capture real life as best we can in movies so it is important to find actors who are natural. Colin Ford, who plays Dylan Mee, had a few credits but he had not done a lot of work and was great. Maggie Jones had barely done anything but she has a very strong relationship with her mother, who rehearses with her on her lines. That girl is one of the most prepared actresses I’ve ever worked with. And of course Elle Fanning was wonderful as Lily. The kids all helped us to tell a real story about parenting,” director Crowe shares. 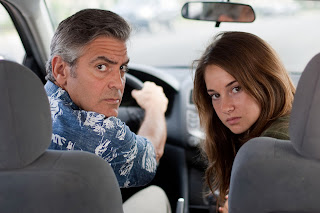 Shailene Woodley who appears with George Clooney in “The Descendants” has recently won the Spotlight Award in the recently concluded Hollywood Film Festival. In addition, her remarkable and in-depth take as the rebellious daughter of Clooney in the movie earned her numerous nominations such as the Golden Globes (Best Supporting Actress), Gotham Awards (Best Ensemble Performance) and Independent Spirit Awards (Best Supporting Female).

Based on Kaui Hart Hemmings’ acclaimed debut novel, “The Descendants” sees Matt King (George Clooney), a husband and father of two girls, who must re-examine his past and navigate his future when his wife is in a boating accident off Waikiki. He awkwardly attempts to repair his relationship with his daughters - 10 year-old precocious Scottie (Amara Miller) and rebellious 17 year-old Alexandra (Shailene Woodley) - while wrestling with a decision to sell his family’s land.

Finding two young actresses who were capable of holding their own against Clooney in the roles of his two willful and defiant daughters Alexandra and Scottie, who resent Matt for never having been an involved parent until now is key to the film’s emotional core. For Alexandra, director Payne ultimately chose Shailene Woodley, best known for the television series “The Secret Life of the American Teenager.”

Woodley was thrilled because, by the time she auditioned, she was already in love with the story. “It’s a heart-wrenching journey about growth,” she comments. “I love how everybody in the story grows in their ability to love, grows in maturity, in figuring out their individuality and who they are as a family.”

Even though Matt King is trying to re-establish a connection with his kids, he finds youngest daughter Scottie a complete mystery, almost an alien life form, with whom communication of any kind is an iffy prospect. To find a young actress who could handle the humor and heartache of playing a pre-adolescent eccentric, Payne saw more than 300 girls from around the country. He still hadn’t found the right candidate with shooting about to start.

That’s when he encountered Amara Miller, a promising nine year-old newcomer from Pacific Grove, California. He received an e-mail with her videotaped audition and recalls that “about a minute into it I just said, ‘oh that’s her.’ I don’t need to see her. I knew that she was the one. I just knew she would show up. And like many things in life, she did, but in the most unpredictable way.”
Adds producer Jim Burke: “Amara walked on the set like an old pro. She’s a natural. She’d never been in a movie before but she was amazing.”

For Payne, working with Miller – his first time directing a child in a major role – was no different from the adult cast. “The great thing about working with Amara is that I didn’t have to treat her like a little girl. I could just tell she was an instinctive actress. I could just say, ‘No, do it more like this.’ Or, ‘Please put a small pause between these two lines.’ The way to treat people in general, and actors in particular, is to tell them the truth,” he sums up. “I was always able to do that with Amara.”
Posted by Cathie Alhambra