A Tale as Old as Time in BEAUTY & THE BEAST 3D

One of the most popular and enduring romantic adventures the world has ever known became one of the most ambitious and entertaining animated motion pictures ever brought to the screen with Walt Disney Pictures' 30th full-length animated feature, ''Beauty and the Beast” which is coming to Philippine theaters for the first time in 3D. 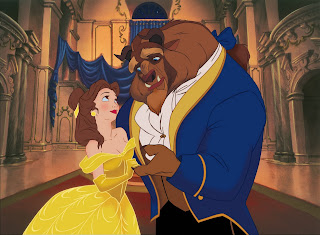 This classic fairy tale about a beautiful young girl and her encounter with an enchanted beast has long fascinated and intrigued storytellers, filmmakers and their audiences. Through the artistry and imagination of the Disney creative team, an inspired song score by two Academy Award®–winning songwriters and the contributions of an enormously talented vocal ensemble, this age-old fantasy took on exciting new dimensions that are only possible through the magic of animation.

The "Beauty and the Beast" story is indeed “a tale as old as time" with variations on the central theme going as far back as Greek mythology. In 1550, Italian author Giovan Straparalo wrote the first account of the story as it is generally known. The tale grew in popularity during the 18th century with books by French authors Madam Le Prince De Beaumont and Madame Gabrielle di Villeneuve. In 1946, acclaimed French director Jean Cocteau used cinematic imagery and lyrical expression to bring this story imaginatively to the big screen ("La Belle et la Bete").

"Doing your own version of 'Beauty and the Beast' is as much a tradition as is the story itself," says producer Don Hahn. "Part of the fun is that each generation and culture adapts this story to be its own. The themes––you can't judge a book by its cover, and beauty is only skin deep–– are as relevant today as ever."
Screenwriter Linda Woolverton agrees, "The lessons of this story are truly timeless, especially for kids growing up today. It tells them to look beyond the surface and beyond materialism and that what is in their hearts and souls are the things that really matter."

The release of "Beauty and the Beast" in 3D comes at a time when both the art of animation and the 3D process are enjoying their greatest popularity.

All of the filmmakers and artists who have been involved with the 3D transformation of “Beauty and the Beast” are in unanimous agreement that they take pride in being part of the great legacy of this iconic film. As stereographer Robert Neuman says, “It’s amazing to be able to take these great movies like ‘Beauty and the Beast’ and ‘The Lion King’ and give audiences a new way to see them again. Even if they're seeing it for the first time, or the one-hundredth time, this is a whole new experience for audiences.”

“It’s a privilege, really, and an honor to be able to bring this movie out,” says Don Hahn. “‘Beauty and the Beast’ has always been special in the hearts of the audience. From the first sneak previews that we did at the New York Film Festival, when it was still unfinished, to the original release, it’s always received a really warm reception. It’s great to go back and relive it now.

Opening soon across the Philippines, “Beauty and the Beast” is distributed by Walt Disney Studios Motion Pictures International through Columbia Pictures.
Posted by Cathie Alhambra

Email ThisBlogThis!Share to TwitterShare to FacebookShare to Pinterest
Labels: Beatu and the Beast, belle