Converse celebrated INDIVIDUALITY, INDEPENDENCE, and relates the STORY OF BEING an ICONIC SHOE BRAND last May 28, 2011 in SM Mall of Asia Music Hall.

Mall-Goers enjoyed an all day bash at the Converse Block Party. The party, inspired by the Fourth of July block parties in the U.S. told the story of the iconic Converse shoe brand: the activities included street games, basketball-skateboard-and-dance exhibitions, graffiti art, spray-painting, musical performances and a raffle for fun and fabulous prizes.

“Converse is the very first shoe brand to be synonymous with basketball. Beginning way back in the 1930s, Converse was the first basketball shoe to land the basketball court and became the standard issue basketball shoes for professional, college and high school teams.
“The Converse brand has evolved through the years. From basketball, it became a favorite of skaters. Then when young people adapted street fashion, Converse became a lifestyle brand. That’s why we are known for offering a variety of styles in many vibrant colors and hip designs. Converse comes out with more than 200 new designs every season,” says Kit Santos, Converse Philippines Marketing Manager.

Sports and fashion icon
Converse is a much-loved, long-established leader in casual street-wear. The shoe brand is more than a hundred years old. In the Philippines, it’s been around for about just as long. It’s already more than footwear: it’s already a cultural icon in the U.S. the Philippines and around the world. 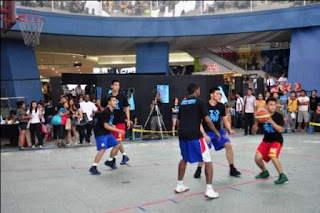 Basketball, skateboarding
It also happens that the Converse Block Party included activities that Filipinos from all walks of life enjoy.  Every community in the Philippines has a basketball court, big or small. That’s why the block party included basketball exhibition games and shooting competitions, as well as other basketball-related contests that give away exciting prizes. Besides basketball, skateboarding is also featured in the event. Skaters had the chance to do their own thing during the Open Skate session. They learned old and new skateboarding tricks during a Skate Clinic that was open to all who were interested. 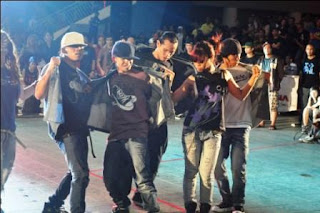 Hiphop and rock
Beatbox Philippines, the countries premier beatbox group, showed off their amazing skills onstage. It was amazing to hear drumbeats, “scratch” sounds and other electronic, synthesized music produced from their mouths and throats. Then the Philippine All-Stars electrified the crowd with their cool dance moves that brought hip-hop and street dance to a whole new level. They even gave a hip-hop dance clinic to party participants.
Popular bands Gloc 9 with Pointblanc and Callalily played later in the evening, much to the delight of the crowd, and a perfect way to culminate the event.
The Converse Block Party was the perfect send-off, the best hurrah for the summer to celebrate friendship, great memories, Life and Freedom—and more than a hundred years of Converse being a fashion icon and an integral part of Philippine culture.