After four years, Switchfoot returned to the Philippines for the second time to share their passion and love for music. The concert was held at Phil. Sports Arena, commonly known as ULTRA last April 30, 2011. 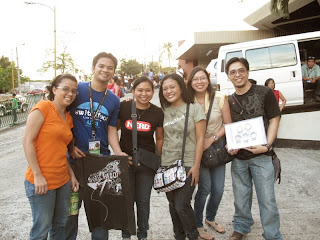 As early as 6pm, there are people already geared for the concert and didn’t mind waiting outside the gate to get the best seats inside. Fans and gladly waited outside with print out pictures and tickets for the concert to start. I am happy to meet and have a picture with the former street team of Switchfoot, which I am a part of before.
The concert started a bit late because of some technical difficulties but it was all worth the wait. Imago started to rock the house as front act of the concert. The moment they depart the stage and the stage prepared for Switchfoot, all the audience in VIP and Courtseat, and well almost everybody stood up from their chairs and shouted for the first song.
Here are some pictures that was taken by Ed, my seatmate. (Thanks Ed for the tickets too!) 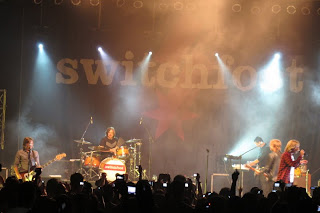 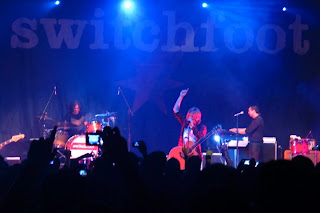 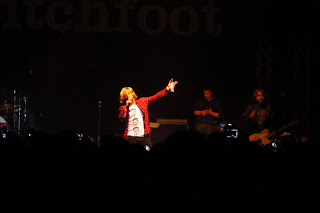 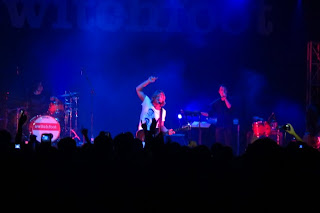 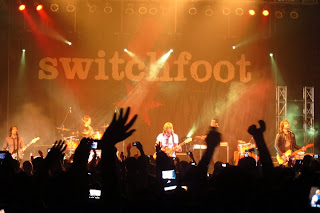 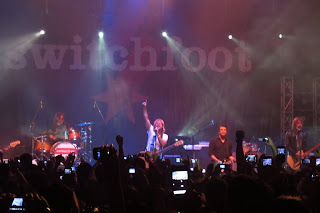 The crowd who stood up on their chairs, honestly did not feel any hint of tiredness, all for a glimpse of their favorite band.  After a few of their favorite and top charter songs, they waved goodbye to the audience and left the stage. And only after a few minutes after, they returned and sung three more songs. I am so happy that they sung my fave, “Awakening” (which they did not sing last 4 year).
It was a night full of passion for music and passion of praising the One who gave us appreciation for music. Enjoyed the concert soo much, it was just unfortunately that I did have meet and greet passes.
Thanks Becca Music Inc. for producing the concert. More events to come! Godbless and Good job!
Posted by Cathie Alhambra