The Warner Bros. Pictures Group broke the all-time industry worldwide box office record with a 2010 gross of $4.814 billion, which surpasses the prior record of $4.010 billion (set by Warner Bros. in 2009). The announcement was made January 4 by Jeff Robinov, President, Warner Bros. Pictures Group. Setting new benchmarks for both the international and global box office grosses in 2010 and retaining the domestic box office number one ranking (after achieving a record gross in 2009), the Studio now holds the industry record in all three categories. Additionally, Warner Bros. surpassed its own worldwide gross from the previous year by $800 million to earn the number one position in worldwide market share for the second consecutive year and for the sixth time in the past 10 years, also an industry record. 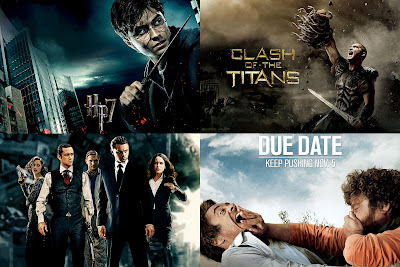 Warner Bros. Pictures’ domestic gross is estimated at $1.884 billion, making it number one in domestic market share for 2010. This is the third year in a row the Studio has held that crown and is the only studio to exceed the $1 billion threshold domestically for 10 consecutive years. Warner Bros. has been ranked either one or two domestically for seven of the last 10 years. The Studio had five films gross over $100 million domestically in 2010 – “Inception,” “Harry Potter and the Deathly Hallows – Part 1,” “Clash of the Titans,” “Valentine’s Day,” and “Due Date.”  Warner Bros. Pictures International set a new industry record in overseas box office with an estimated $2.930 billion year-end gross, breaking the previous industry record of $2.450 billion in 2009. This is the tenth consecutive year the Studio has exceeded $1 billion and third time it has surpassed $2 billion in international box office receipts. The Studio has had seven films gross more than $100 million internationally in 2010 – “Sherlock Holmes” ($264 million, for a total of $315 million, including 2009’s take); “Valentine’s Day” ($106 million); “Clash of the Titans” ($330 million); “Sex and the City 2” ($193 million); “Inception” ($531 million); “Due Date” ($100 million); and “Harry Potter and the Deathly Hallows – Part 1” ($611 million, and still in release).
[In the Philippines, Warner Bros.-Twentieth Century Fox has posted sales of PhP1.354-billion gross for 2010 which is the all-time biggest industry record for any distributor, according to General Manager Francis Soliven.] 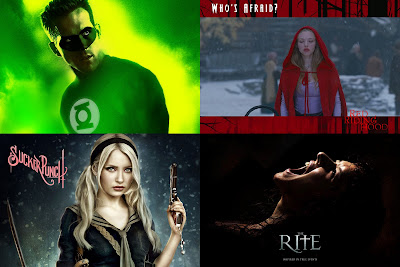