The country's first and only world-class theme park celebrates 15 years of magic!
Enchanted Kingdom's grand opening fifteen years ago marked a major milestone in the local leisure and amusement industry. It was and still remains to be the Philippine's first and only world-class theme park. As Enchanted Kingdom celebrates its fifteenth anniversary this month of October, prepare for the different highlights that will surely fascinate you and gives you a lifetime of magical experience. 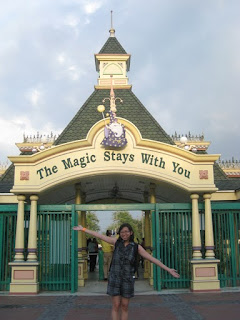 EK's EKstreme Tower Ride - A spanking brand new ride that will bring adrenaline rush to all those who dare take the plunge. This spine-tingling ride towers 150 feet into the sky, you will be given a minute at the top and 2seconds to drop.


Elder's Specialty Shop - Know more about everything and anything that is about Eldar the Wizard, Enchanted Kingdom's lovable signature mascot.


Simon & Silver Magic Show - Prepare to be mesmerized and enthralled by a completely new spellbinding show for our resident illusionists, Simon & Silver.

EK-Biki Waterworld - The water park will re-open again after a short hiatus, in addition to the regular water attractions, new features are being progressively introduced  leading to a very exciting holiday season before the end of the year. 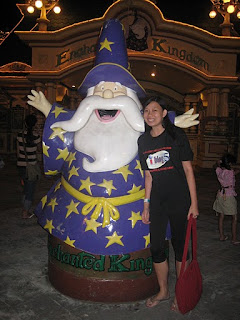 Enjoy "A Lifetime of Magical Experience, as Enchanted Kingdom Promises."