“INTO THE STORM” New Disaster Thriller

From New Line Cinema, in association with Village Roadshow Pictures, comes the tornado disaster film “Into the Storm,” an adrenaline-fueled thriller that will plunge audiences in the eye of the storm as an unprecedented series of powerful tornadoes converge on the small town of Silverton, seen through the eyes and lenses of the people living through it. 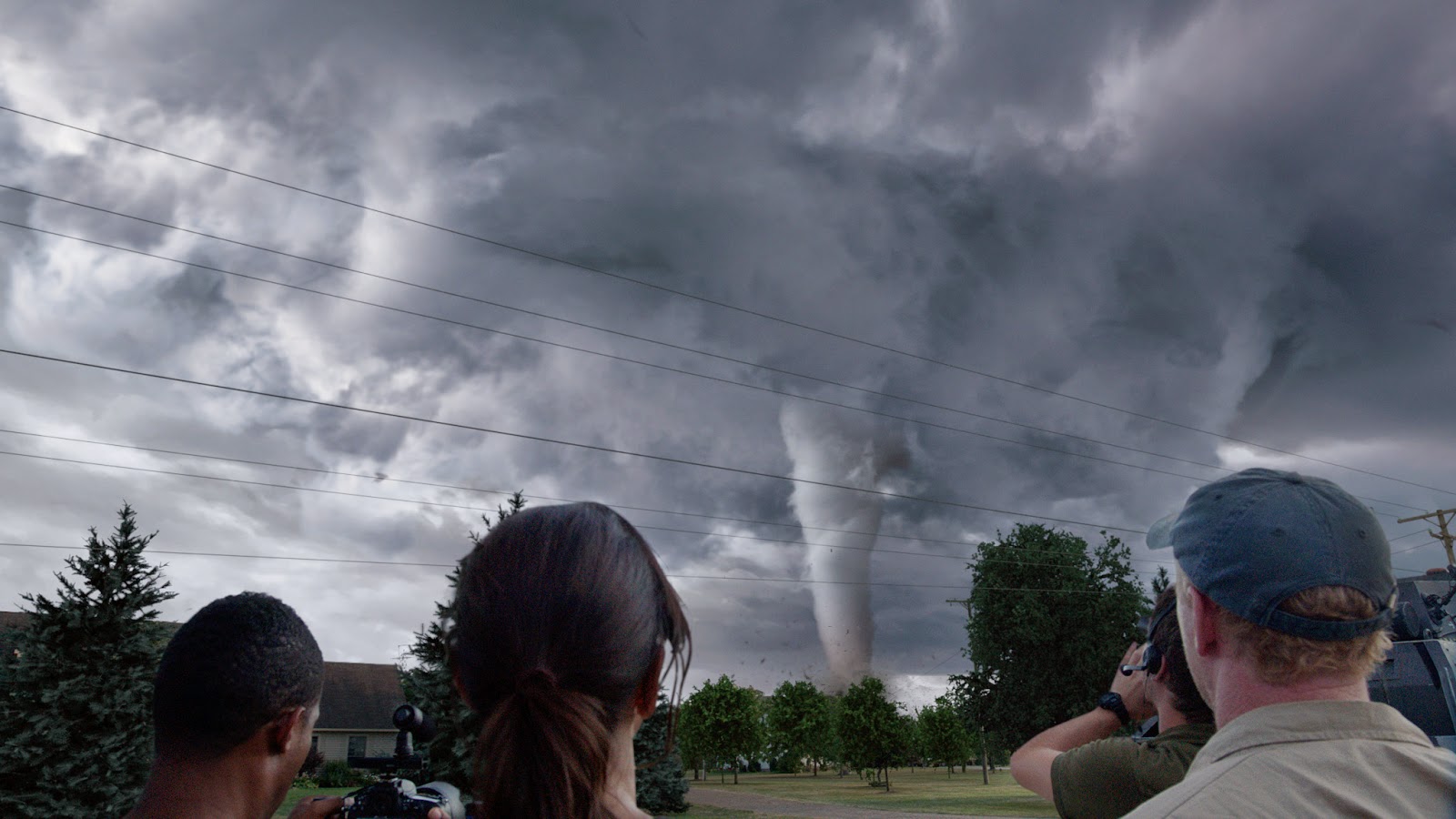 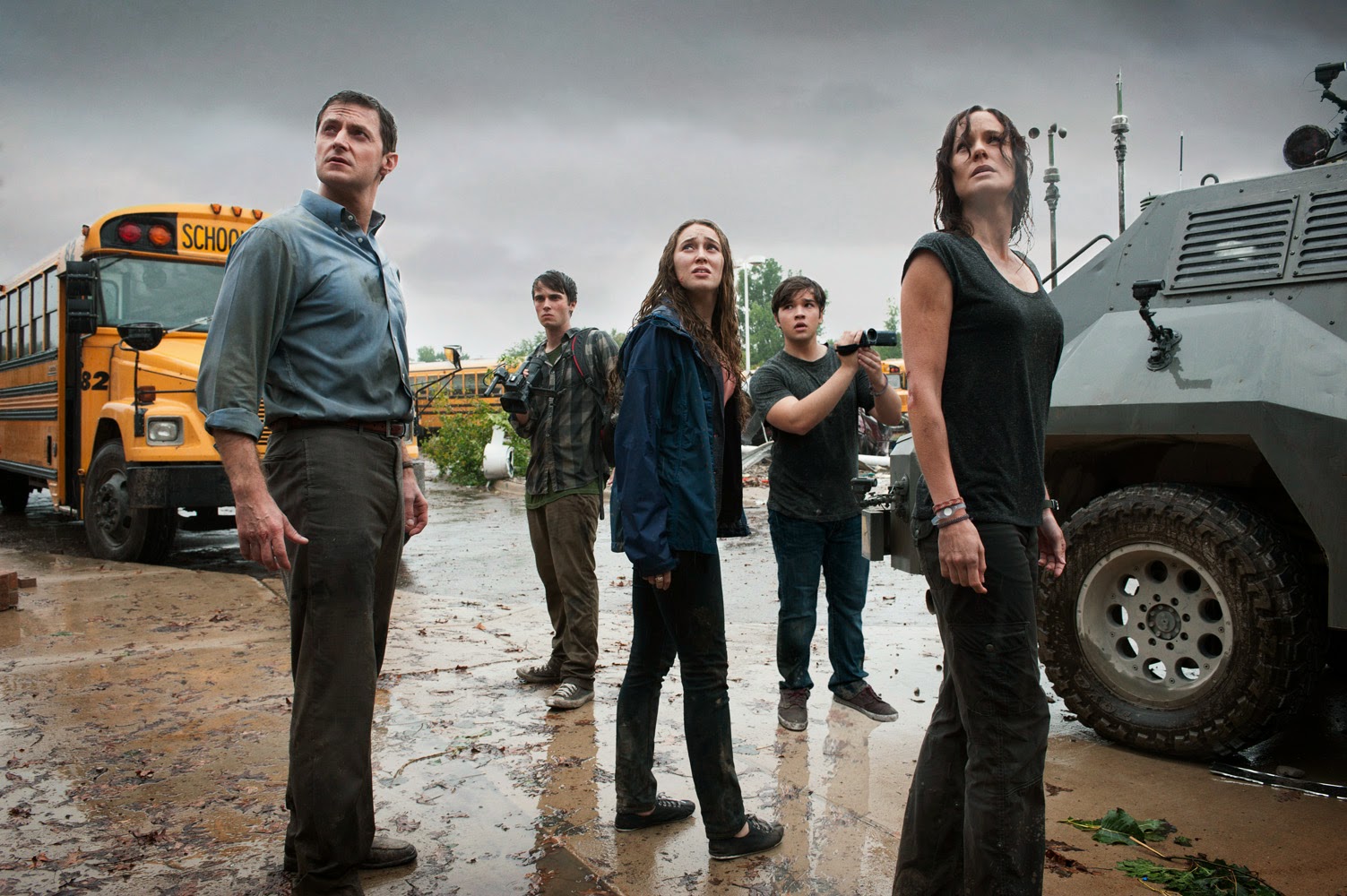 In the span of a single day, the town of Silverton is ravaged by an unprecedented onslaught of tornadoes. The entire town is at the mercy of the erratic and deadly cyclones, even as storm trackers predict the worst is yet to come. Most people seek shelter, while others run towards the vortex, testing how far a storm chaser will go for that once-in-a-lifetime shot. Told through the eyes and lenses of professional storm chasers, thrill-seeking amateurs, and courageous townspeople, “Into the Storm” throws you directly into the eye of the storm to experience Mother Nature at her most extreme.

Director Steven Quale is no stranger to extremes, having ventured into the darkest depths of the ocean with James Cameron as co-director of the documentary “Aliens of the Deep” and helped lead the visual effects team on “Avatar.”
“I loved this project,” Quale beams. “When I read the script, I could see the potential to create these massive, complex tornadoes with the kind of detail and realism that hasn’t been possible before. But, at the same time, it was a chance to focus on real people in a community and how they band together in a crisis because, at the end of the day, you can’t fight a tornado. In this scenario, the only thing you can do is run away.” 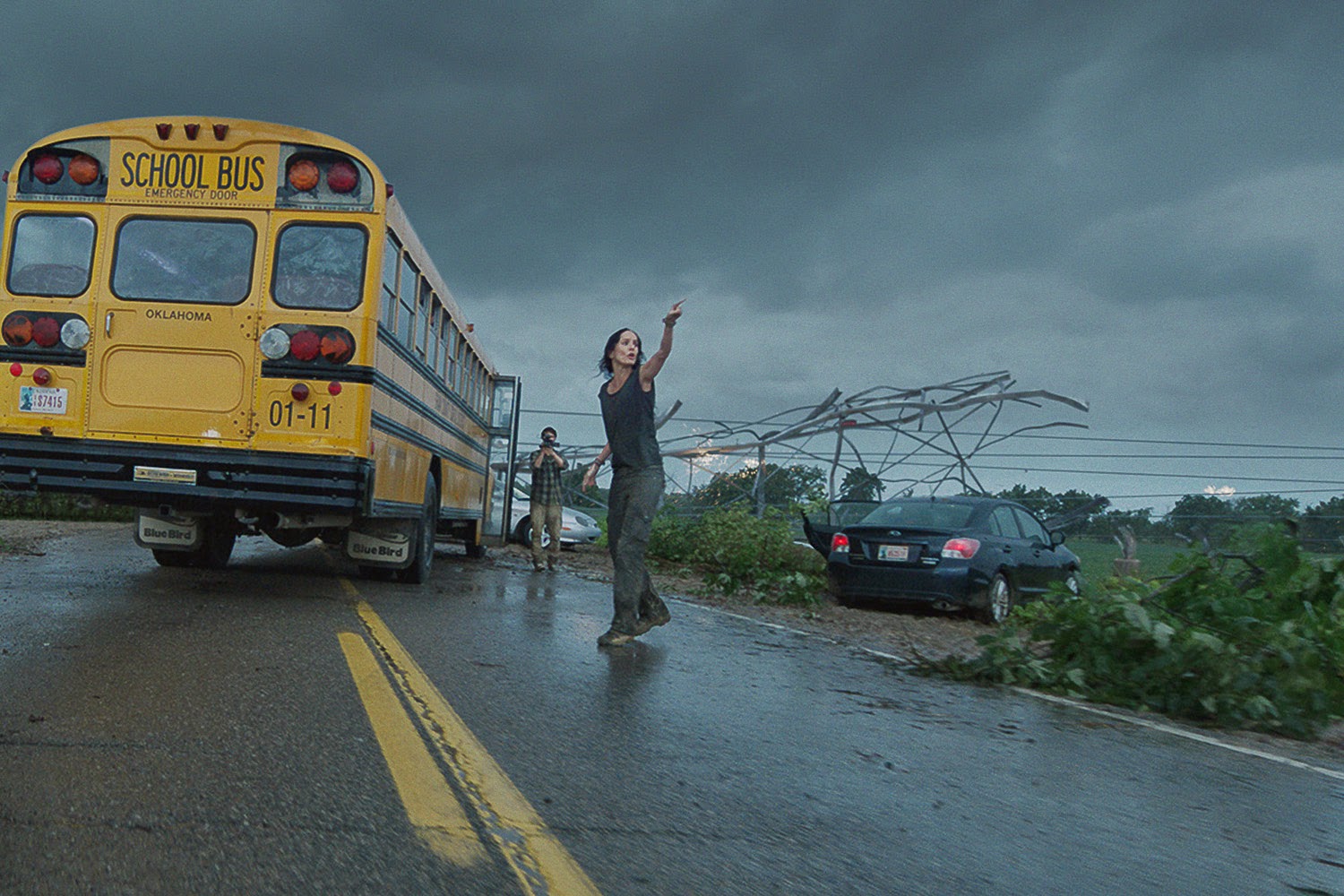 Producer Todd Garner knew from Quale’s feature directorial debut, “Final Destination 5,” that his sensibilities as a filmmaker were the perfect match for “Into the Storm.” “In our film, the tornadoes are the monster,” Garner says. “The film posits an unprecedented event that brings together a whole variety of different kinds of storms—rope tornadoes, jumper tornadoes, a fire tornado—all culminating in a massive, unprecedented mega-tornado, bigger than anything we’ve ever seen. Steven has a mind for visual effects, so I knew he could make the storms live, but he also has a feel for character drama and I knew he could ground the spectacular visuals in a compelling human story about people dealing with this immense force they find themselves up against.”

Living in L.A., Garner himself has experienced powerful earthquakes and came up with the idea for the film after witnessing their effects on himself and those around him. “I was fascinated by how people came together and helped each other in a crisis,” he remembers. “I was also interested in the way these events are documented now. It gave us an opportunity to take audiences on an incredible rollercoaster ride and bring them into the experience in a whole new way.”

Even though the storm is the film’s main event, Quale sees the characters as its heart. “We can use sound and visual effects to put you inside the storm, but what really brings you into the experience is the characters themselves,” he reflects. “We’re taking this journey with them, and experiencing this terrifying event through their eyes. So for us, true realism comes down to the performances, and Richard, Sarah and all the actors are bringing so much real emotion to the film, which will make the experience of this giant, terrifying storm all the more visceral and real.”

Opening across the Philippines in August 07, 2014, “Into the Storm” is distributed by Warner Bros. Pictures, a Warner Bros. Entertainment Company.
Posted by Cathie Alhambra