Supermodel Rosie Huntington-Whiteley has revealed how she took a highly challenging, physically demanding role in Michael Bay’s eagerly anticipated third instalment of the Transformers franchise, Dark of the Moon, and loved every minute of it – despite picking up plenty of knocks and bruises.
“I love being physical and I loved doing the action stuff - that for me was when I felt the most present and I really enjoyed that side of it because it was so exciting,” she says.
“The sets are so realistic, there’s gun fire and explosions and it looks like the end of the world and you are running through fire and jumping over broken cars and you’ve got Michael screaming down the megaphone ‘run faster!’
“It’s exhilarating and so for me the action stuff and the physical side of things was the most exciting part of it. And yes, I did train. I was in reasonable shape before but I made sure I was in good condition.”
Rosie admits that she was nervous before she started work on Dark of the Moon, her first acting role, alongside established stars like Shia LeBeouf, who plays Sam Witwicky, and Patrick Dempsey, who plays her mysterious boss, Dylan, in the film.
Rosie plays Carly, Sam’s new girlfriend, following in the famous footsteps of Megan Fox, who played Mikaela in the first two films. 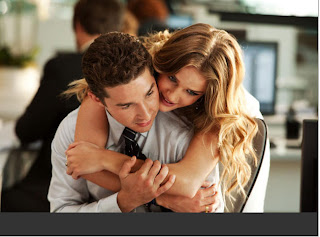 “She’s an English girl and they meet at The White House when Sam’s receiving an award and they sort of fall in love and he moves in with her. Sam’s jobless and she’s really pushing him to get a job and she’s not into all these aliens and all the Decepticons, she’s very nervous around them because it’s a new world for her.
“But Sam really believes he should be off saving the world again and she wants him to get a proper job. Her boss, Dylan, is played by Patrick Dempsey and there’s this weird triangle between the three of them. It’s not a love triangle but it turns out to be this kind of dark relationship between the three of them. But I’d better not give too much away!”

Before embarking on the film Bay warned her that she would need to learn how to run – movie style.
“That’s sounds silly I know, but you have to run properly on a film set. And it was the one thing that kept coming up. When I first got the film, the whole cast was boys, and they kept looking at me going, ‘can you run?’

“And I was like, ‘well, yeah, of course I can run, what are you talking about?’ Michael was like, ‘you better learn how to run..’ Because apparently, it’s not as easy as it looks, running in a movie, and then I was given a lovely pair of heels to run in so that made it a little more difficult!
“I was able to switch to flats for some of the scenes when we were using different camera angles but a lot of the time I was running around in heels which is not only really hard, it’s quite dangerous at times. So I worked really hard and everyone looked after me. But, you know, I was really up for the challenge – all that running and jumping - and it was fun for me.” 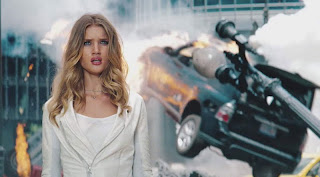 A few knocks and bruises were only to be expected, she says. “I remember rolling my ankles a few times and having a few iced bandages put on. And I had a lot of bruises at one point. And then I was told to put on what they call stunt pads. No one had told me that I could wear stunt pads until after I had received all my bruises,” she laughs.
“We shot this whole movie over seven months and you don’t even know what you are doing half the time, because you are acting to nothing or you are running through something that you can’t see or something going on behind you. And then you start seeing stuff on the screen and you go, ‘oh right, that’s what he was talking about.
“Now I understand why he was telling me to look this way and pretend that something was there…’, Because then you see the Autobots and the Decepticons coming in and you see the special effects all being pulled together and it just looks insane and it’s like a whole other movie that I’m now watching and I’m so, so proud of him and I’m really proud of everybody.”
“Transformers 3 : Dark of the Moon” is released and distributed by
United International Pictures through Solar Entertainment Corp.
Posted by Cathie Alhambra