Meet the Guys and Girls of PROM

Walt Disney Pictures' new dramatic comedy “Prom” portrays the precarious passage from high school to independence as some relationships unravel and others ignite as the big dance approaches. There are hundreds of nights in high school, but there’s only one “Prom.”
Walt Disney Pictures releases the film with fresh new actors. Check out who you want to be your prom date.
Director Joe Nussbaum says, “The fact that a lot of these actors are new was great because of their enthusiasm, their excitement to be in a movie. Plus, they didn’t have a lot of bad habits that young actors who’ve done a lot of television or commercials tend to have. They are just a blank slate who listen well and just want to work and bring something really fresh to their characters.”
The Guys – From Heartthrob to Geeks 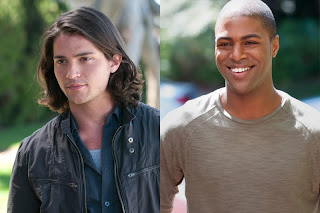 Thomas McDonell (Jesse, “The Outsider”). Jesse is fiercely independent and lives by his own rules. His hardened exterior and “bad-boy” persona give him a definite anti-establishment vibe. Working to help his mother support the family eats up his free time, so making friends and participating in high school activities, especially Prom, are way down on his list. Jesse is a teen trapped in an adult life—what or who will it take to bust him out?
De'Vaughn Nixon (Tyler, “The Less Than Perfect Prom King”). Tyler has it all going on and then some. He is the most popular guy at Brookside High—charismatic, good looking, captain of the Lacrosse team—adored by all. Alongside campus beauty Jordan, he is one half of the picture-perfect high school couple…but looks can be deceiving. 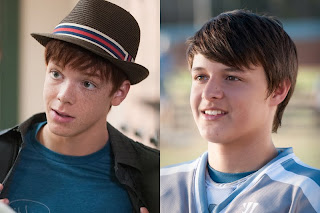 Jared Kusnitz (Justin, “The Perfect Partner”). Justin is a sweet, smart guy who is an understanding, attentive and all-around great partner to Mei, a playfully artistic and stylish senior. They are the perfect couple for all the right reasons, but their relationship is tested when a secret that could impact their future comes between them.
Nolan Sotillo (Lucas, “The Love-struck Sophomore”). Lucas is an indie rock geek just about to learn how to balance friendship with love. Lucas tries to stay connected with his best friend Corey while following his heart—which is headed straight for Simone. Lucas doggedly persists in his attempts to get Simone’s attention, often enlisting Corey’s help, but he lacks the inner confidence to express how he feels.
Cameron Monaghan (Corey, “Music Geek”). For Corey, life is all about friendship. And that’s not a bad thing. Lost in a world of music, he isn’t growing up as fast as best friend Lucas and is not ready yet for the real world that awaits after graduation…but that doesn’t stop him from trying to help Lucas get the girl of his dreams. 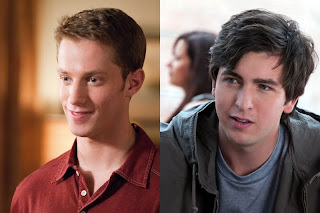 Joe Adler (Rolo, “The Dude”). Rolo is an effortlessly laid-back, often oblivious guy that doesn’t feel the need to prove himself to anybody. He promises to have a knockout date on Prom night, which sounds increasingly suspect as details about her are revealed…his friends wonder will he or won’t he have a mystery girlfriend on his arm come Prom night.
Jonathan Keltz (Brandon, “The Perfect Guy”). Ivy Leaguer-in-the-making Brandon is Nova’s (Aimee Teegarden) picture-perfect guy. She believes she is destined to be with him—her parents think so too. But Brandon may not be the heartthrob Nova thinks he is…and thinks she wants.
Nicholas Braun (Lloyd, “The Reluctant Romantic”). Lloyd, who? You go to Brookside? Yes…Lloyd is that kid you see at graduation and realize you never talked to in all of your four years. A comedic character, Lloyd is looking hard for a prom date after he realizes he’s never asked a girl to do…well, anything, and now high school is coming to an end. Motivated by the fact that his time is running out and he’s left no legacy, Lloyd turns into an unstoppable romantic with a repertoire of funny antics. Putting all his game into play for an all-out prom-date blitz, Lloyd hopes to wind up with a girl…any girl.
Producer Justin Springer states, “Casting was top of the list for us in what we had to do to make a great movie. The big thing was finding great young actors. We spent a lot of time and put a lot of emphasis on finding the right actors for each of the roles.”
The Girls – They Defy Stereotypes 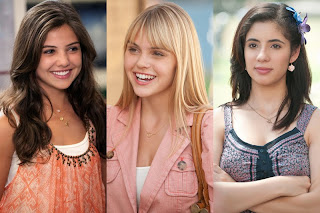 Aimee Teegarden (Nova Prescott, the “True Believer”). We all know the type…the straight-A student and head of the Prom Committee who makes it all look so easy—possibly because she is a perfectionist who pays obsessive attention to detail in everything she does. Nova is a born pleaser and rule abider who loves her family and wants them to be proud of her. She is passionate about every project she undertakes…but just can’t seem to see beauty in imperfection.
Janelle Ortiz (Ali Gomez, “The Gossip”). Nova’s gossip-hungry best friend is a buzzing ball of energy, sticking her nose into everybody else’s business, especially classmate Rolo’s—she’s the most skeptical that his Greek-Canadian girlfriend actually exists.
Danielle Campbell (Simone Daniels, “The Fresh Face”). Simone is the girl next door. Beautiful, friendly and accessible, Simone has no agenda—she is free-spirited and approaches life with an open innocence, appreciating the moment. Somehow this outwardly-and-inwardly beautiful girl has flown undetected under the teen-guy radar…until now. 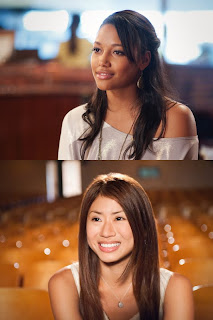 Kylie Bunbury (Jordan Lundley, “Born to Be Prom Queen”). Oh, to be Jordan…the most popular girl in school! There’s no question she was born to be prom queen and wind up with the hottest guy in school...one look at her will tell you that. But Jordan will soon find herself forced to go beyond her comfort zone and find out who she really is…and what she is really made of.
Yin Chang (Mei Kwan, “The Perfect Partner”). Mei is a playfully artistic and stylish senior who has had a long, loving relationship with Justin—a sweet, smart guy who is an understanding, attentive and all-around great partner. They are the perfect couple for all the right reasons. Although Mei thrives on the security of her established relationship, a part of her yearns to experience what lies ahead and discover her own individuality. Their relationship is tested when a secret that could impact their future comes between them.
Raini Rodriguez (Tess, “Her Brother's Biggest Fan”). As her big brother Lloyd struggles to find a date for the prom, freshman Tess stays steadfastly by his side. Encouraging his every endeavor to ask a girl to the big event, she also isn’t shy about pointing out which of his tactics appear overly desperate and lame. And Tess is not about to let Lloyd blow off prom because he comes up dateless—she has an awesome contingency plan.
Opening soon across the Philippines, “Prom” is distributed by Walt Disney Studios Motion Pictures International through Columbia Pictures.
Posted by Cathie Alhambra