Super Hero fanatics would sure be anticipating yet another super movie! I have learned for the past few months that there's a lot more to just these super hero movies. The roots of the heroes are much more interesting to read than to watch. I have yet to find time for myself to read these comic books and the likes. 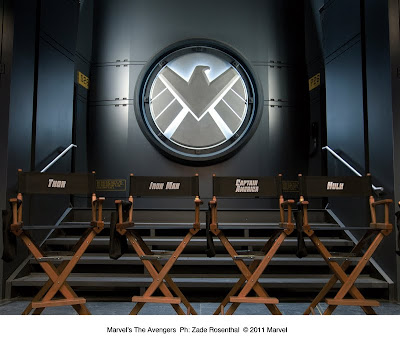 Continuing the epic big-screen adventures started in “Iron Man,” “The Incredible Hulk,” “Iron Man 2,” “Thor,” and “Captain America: The First Avenger,” “Marvel’s The Avengers” is the Super Hero team up of a lifetime.  When an unexpected enemy emerges that threatens global safety and security, Nick Fury, Director of the international peacekeeping agency known as SHIELD, finds himself in need of a team to pull the world back from the brink of disaster.

Based on the ever-popular Marvel comic book series, first published in 1963, “Marvel’s The Avengers” brings together the mightiest Super Hero characters as they all assemble together on screen for the first time.  The star studded cast of Super Heroes will be joined by Cobie Smulders (“How I Met Your Mother) as Agent Maria Hill of SHIELD, as well as Tom Hiddleston (“Wallander”) and Stellan Skarsgård (“Angels & Demons,” “Mamma Mia!”) who will both reprise their respective roles as Loki and Professor Erik Selvig from the upcoming Marvel Studios’ feature “Thor.” 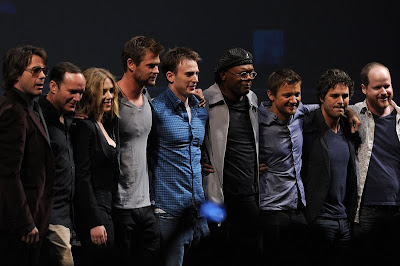