I was invited to take part and share history on the first time ever Japanese film that will hold it's Asian Premiere here in Manila.

I was not able to attend though  so Angel took my place instead. The Asian Premiere of "RUROUNI KENSHIN: KYOTO INFERNO / THE LEGEND ENDS" was held at SM Megamall Cinema 9 last night, August 6, 2014. 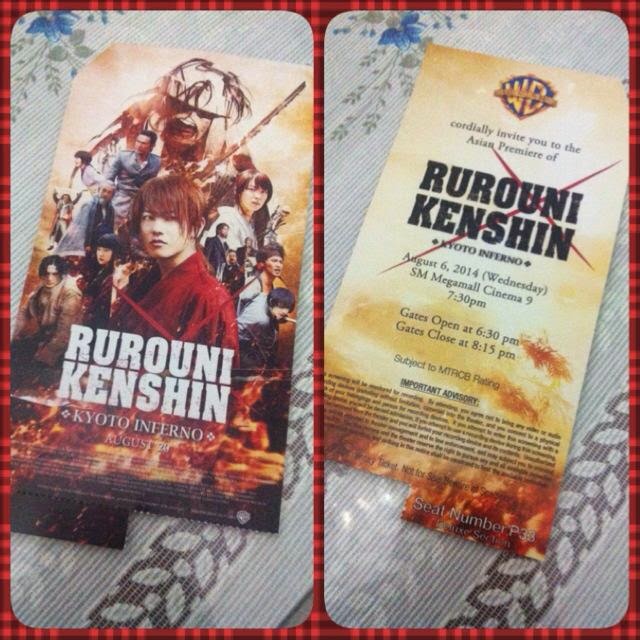 Fans of the movie and cosplayers welcomed the director and 3 main stars of "RUROUNI KENSHIN: KYOTO INFERNO / THE LEGEND ENDS" as they graced the red carpet premiere of the said movie.

Here are some pictures taken during the start of the movie when the casts introduce the film and greeted the audience and answered questions. 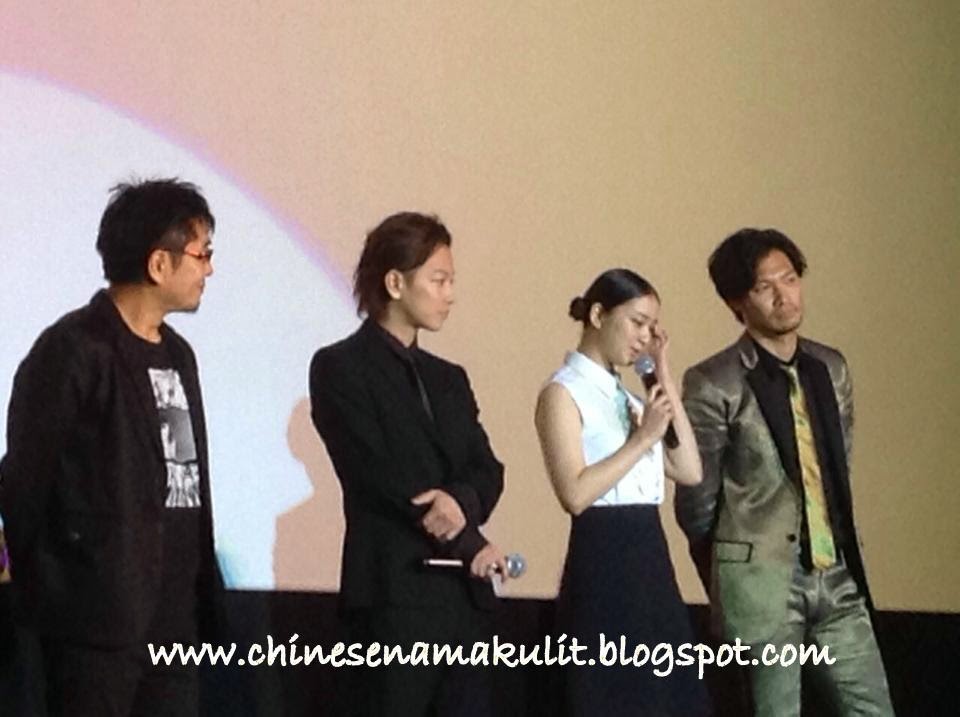 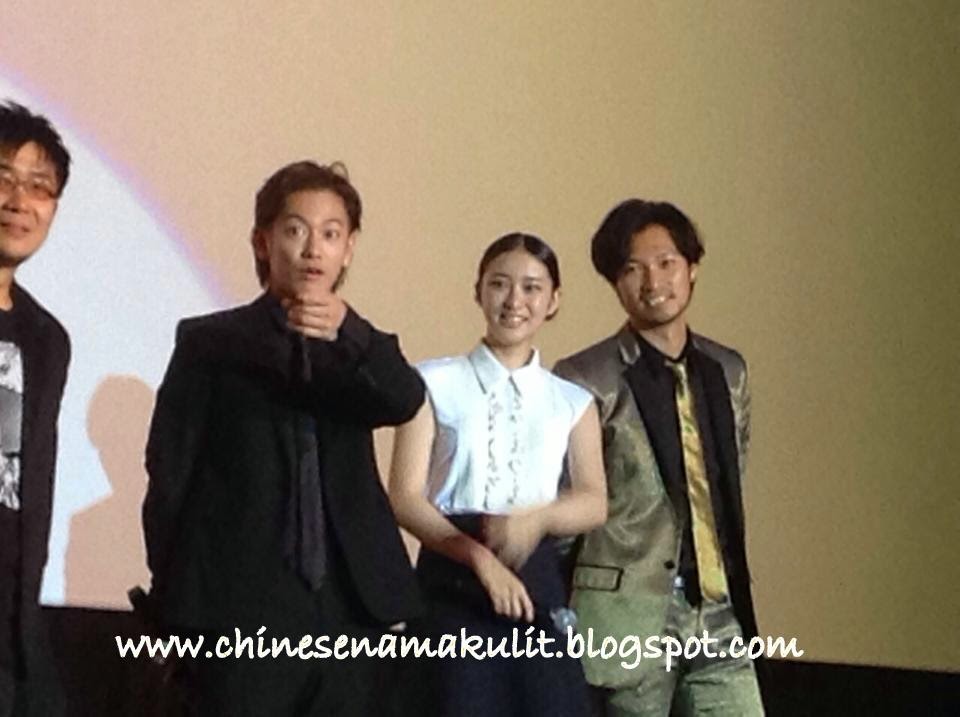 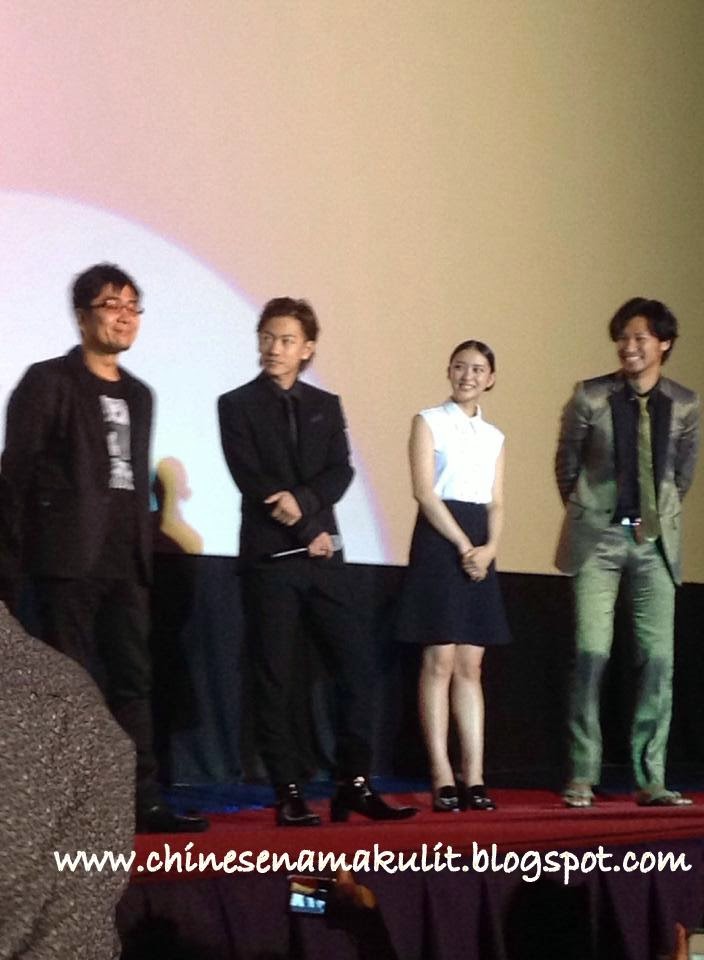 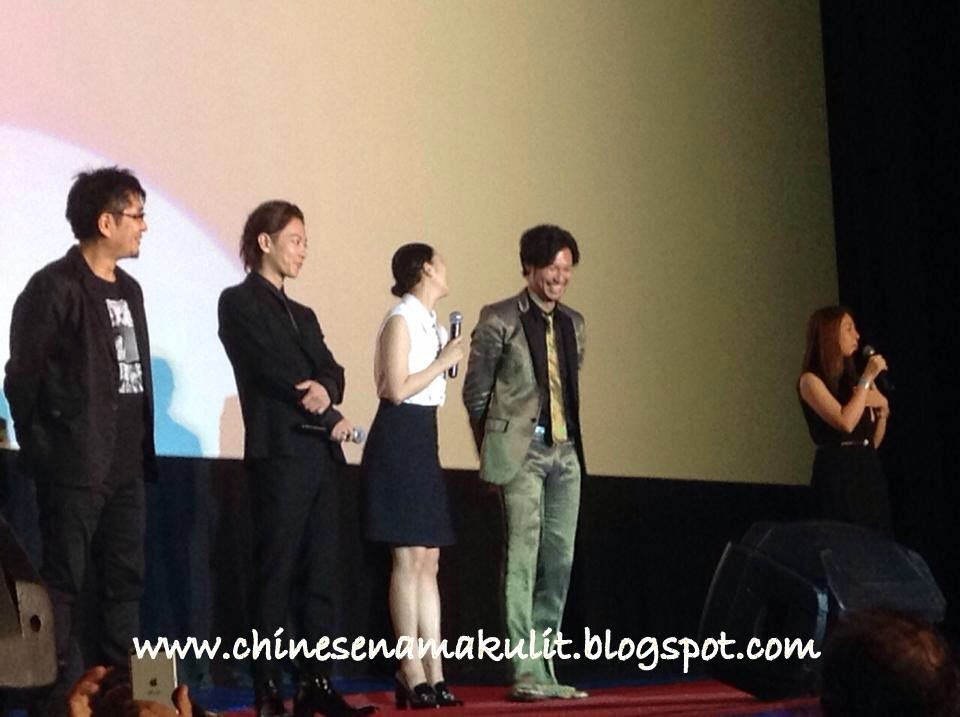 Based on the Kyoto arc of the popular manga series written & illustrated by Nobuhiro Watsuki, the “Rurouni Kenshin” sequels follow the story ofKenshin Himura (Satoh), a legendary swordsman in the wars accompanying the turbulent fall of Japan's Shogunate in the 19th century. Once feared as 'Battosai the Killer', he has adopted a peaceful life since the arrival of the 'new age'.

But Makoto Shishio (Tatsuya Fujiwara), the 'Shadow Killer' and successor to Kenshin's position as the deadly assassin, has since then been scheming in the Kyoto underworld, raising an army of disaffected former samurais with the aim of overthrowing the new regime.

Agreeing to a request by the new government to defeat Shishio, Kenshin leaves his beloved ones in Tokyo and sets out for Kyoto. He and Shishio are a match in skill and in wits, but their aims are opposite. Can Kenshin preserve the nation without breaking his vow that he will kill no more...?

“Kyoto Inferno” which bows across the Philippines on August 20 is the first of two sequels to the 2013 blockbuster “Rurouni Kenshin.” The second, titled “The Legend Ends” opens on September 24.

The first sequel, “Rurouni Kenshin: Kyoto Inferno” will open across the Philippines on Aug. 20, 2014, to be followed by “Rurouni Kenshin: The Legend Ends” on Sept. 24, 2014. Both films are distributed by Warner Bros. Pictures.
Posted by Cathie Alhambra