A Luc Besson production looks like no other. That definitely has to do with the fact that the writer/director is deeply involved in every aspect of the shoot. And his latest action-thriller “Lucy” starring Scarlett Johansson, is no exception.
It's worth noting that Besson worked in every department of a film production before he became a full-fledged director. It wasn’t surprising therefore for fellow cast and crew to see Besson add fake blood on some extras or to touch up Johansson’s makeup, while he was at the camera.

Besson says that he has such a clear vision of the picture he is trying to achieve that he likes to have the camera with him most of the time: “I’m either at the camera, or I have the camera on my shoulder. I like to be very close to the actors. I’ve realized that, when you say, ‘Action,’ it’s like sticking a syringe in the actor’s arm. It’s an anesthetic. Between the moment, you say, ‘Action’ and ‘Cut,’ he’s on an anesthetic. He’s someone else. So I don’t want to break that. Sometimes in the middle of a line, I might say, ‘Okay, breathe. Do it again. Say it again. Go back to the beginning.’ I don’t cut because I want to get the most I can from the state the actor is in. They appreciate that because what’s difficult for them is to build up that pressure for ‘Action!’”

The cast members find the director’s approach both rewarding and demanding. Johansson was particularly taken with Besson’s directing style: “Luc has a very specific vision of how he wants each scene to look. That can be tough, but I appreciate that in a director. I appreciate the attention to detail and that unwillingness to settle for anything less. It can be exhausting, but in the end, I never left the set feeling, ‘I don’t know if we really got that.’ He’s emphatic about the fact that he settles for nothing less than perfect. And that’s great!”

Egyptian actor Amr Waked (who plays French police Capt. Pierre Del Rio) agrees with his leading lady: “The most interesting thing about working with Luc is that he’s the cameraman. When the director says, ‘Stop’ or ‘Cut,’ I immediately look at the face of the cameraman. So whenever you see that particular look on Luc’s face, you know for sure that you’re doing the right thing. He’s a director who knows precisely every little atom in his frame, where he wants it and how he wants it. It was very educating for me to work with him and, hopefully, I am a better actor for it!” 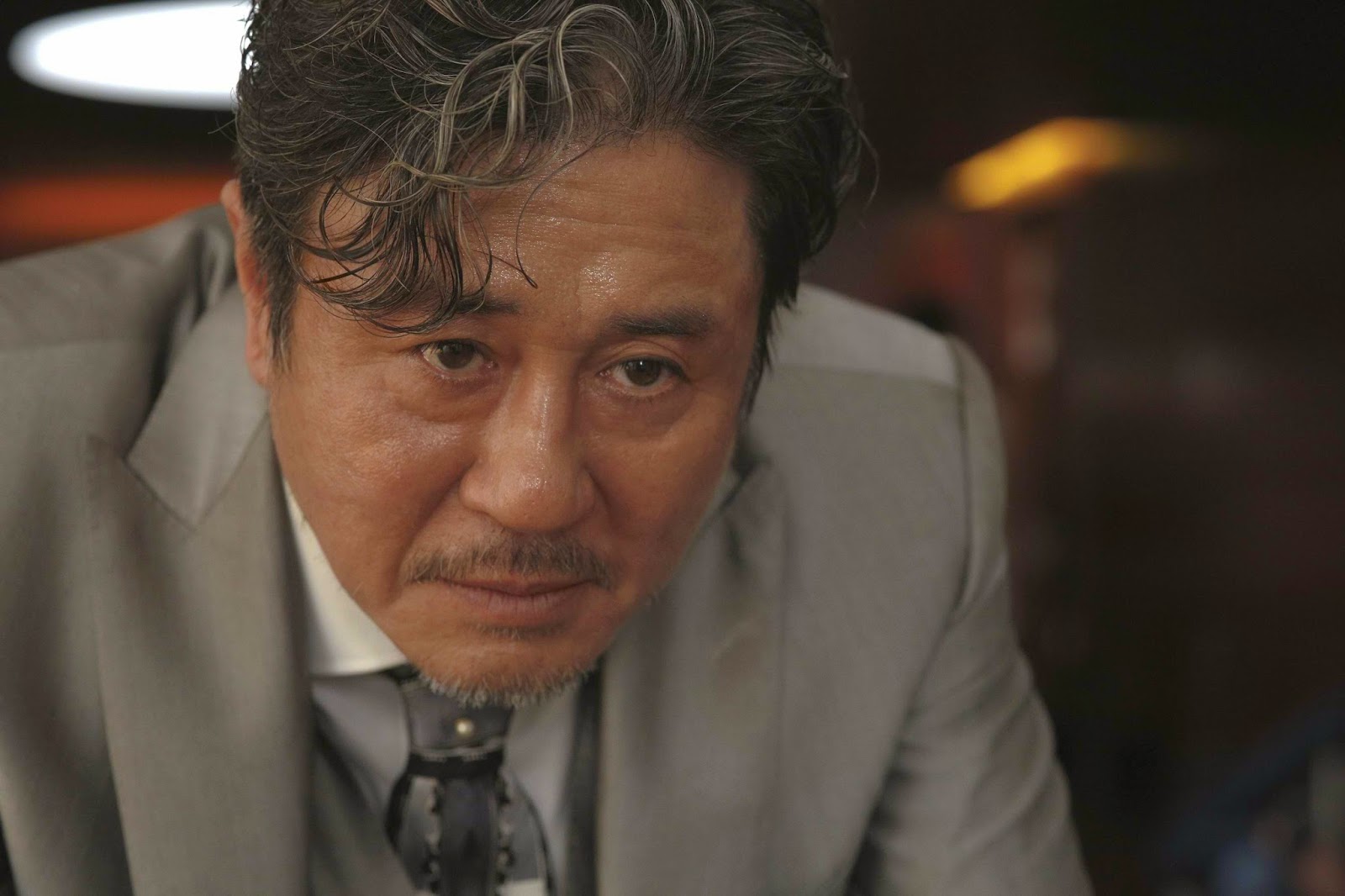 Korean actor Choi Min Sik (who plays gangster boss Mr. Jang) praises the heartwarming atmosphere on the set, stating that both cast and crew members were inclusive even though he didn’t speak either French or English: “Even if the culture and the language are different, we were all working for the same goal. The people were so professional and they were all kind to me. I was moved by them. We were always laughing and joking around. So I have only wonderful memories of the entire shoot.”

From “La Femme Nikita” and “The Professional” to “The Fifth Element”, writer/director Luc Besson has created some of the toughest, most memorable female action heroes in recent cinematic history. Now, Besson directs Scarlett Johansson (“Captain America: The Winter Soldier,” “The Avengers”) and Academy Award® winner Morgan Freeman (“The Dark Knight Rises”) in “Lucy,” an action-thriller that examines the possibility of what one human could truly do if she unlocked 100 percent of her brain capacity and accessed the furthest reaches of her mind.