"The Walking Dead's" Sarah Wayne Callies Heads “INTO THE STORM”

Sarah Wayne Callies, who was last seen fleeing zombies in TV’s “The Walking Dead,” faces a different kind of menace in New Line Cinema's tornado-disaster thriller “Into the Storm.” 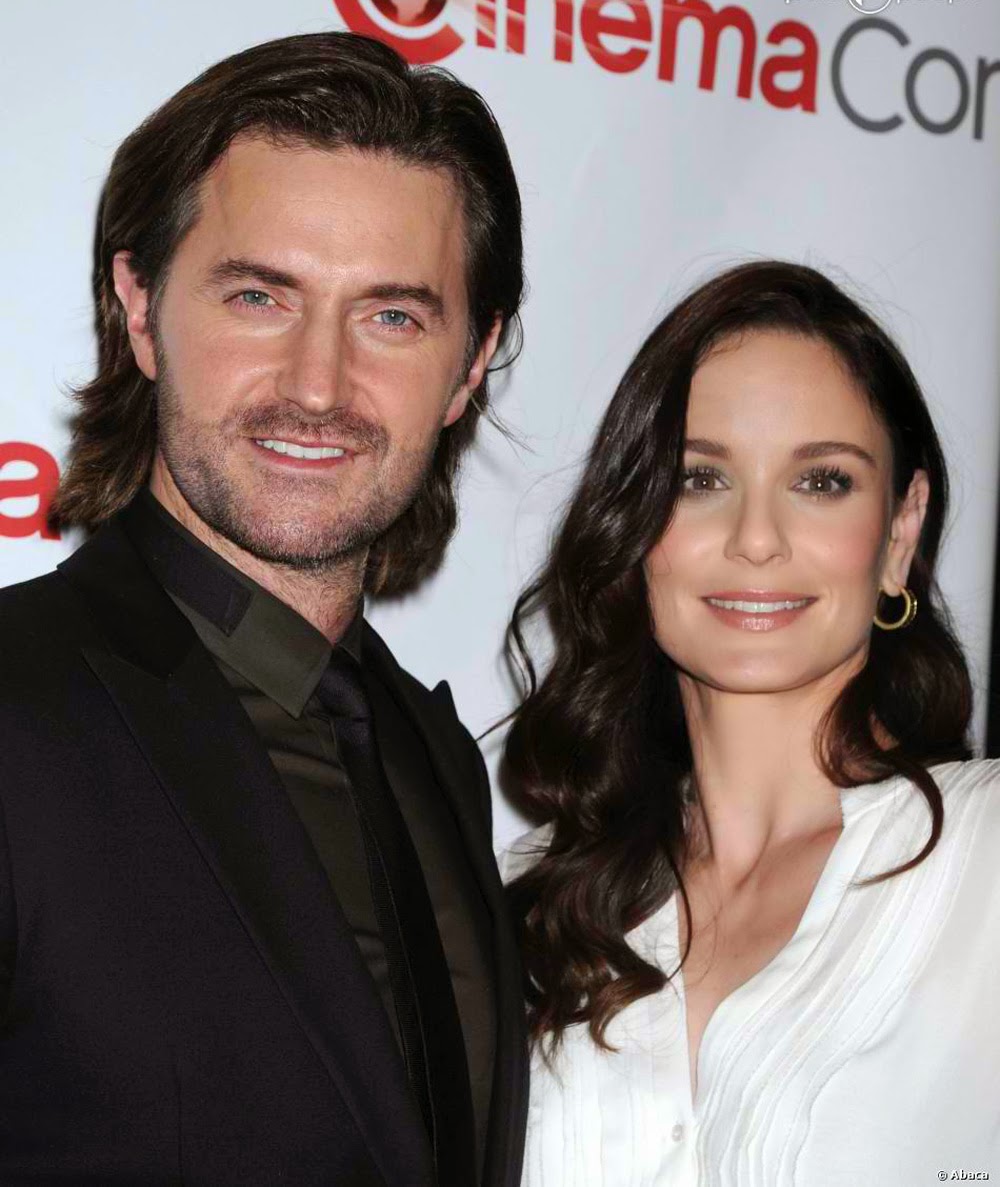 Callies plays professor of climatology and meteorology Allison Stone, who is with the storm chasers as a scientist, not a thrill-seeker. “This is Allison’s first season studying what these guys chase year after year,” Callies explains. “So, she is on the fence as to whether or not they are doing something legit or are just mavericks. She also has a young daughter back home. This is the first time Allison has been away from her, and there’s a real risk that she won’t be coming back.”

Having grown up the with two college professors for parents, Callies is a born researcher and consumed as much information as she could about the field, including conversations with a meteorology professor at the nearby University of Michigan. But nothing could prepare her for experiencing what director Steven Quale had in store for the actors on set. “The first time they turned the wind machine on me, it blew me 20 feet off my mark. But that was part of the draw for me. I get to fly around and do wire work—it’s pure adrenaline, and really fun. How many times in your life do you get to work in a playground like this?” 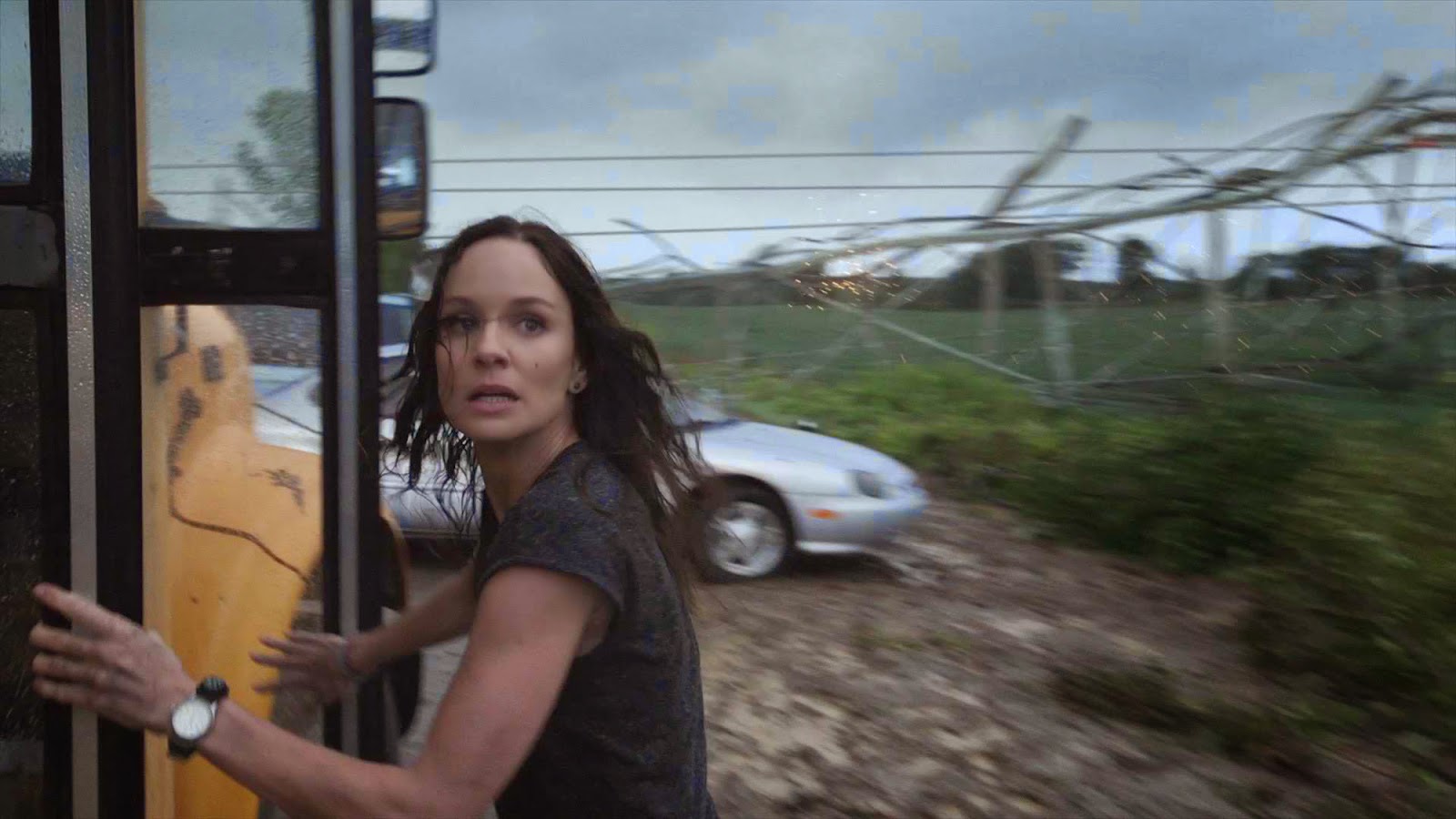 Callies was also drawn in by the human story in the midst of this big tornado movie. “The tornado is the catalyst, but what happens to these characters is very simple and very moving. It’s about how people who are strangers can become almost family over the course of a single day, when that day threatens all their lives. I think Allison starts this journey very invested in science and ends up more invested in people, so for her, the big question becomes if she should stay with the storm chasers or help Richard Armitage's character, Gary, find his son.” 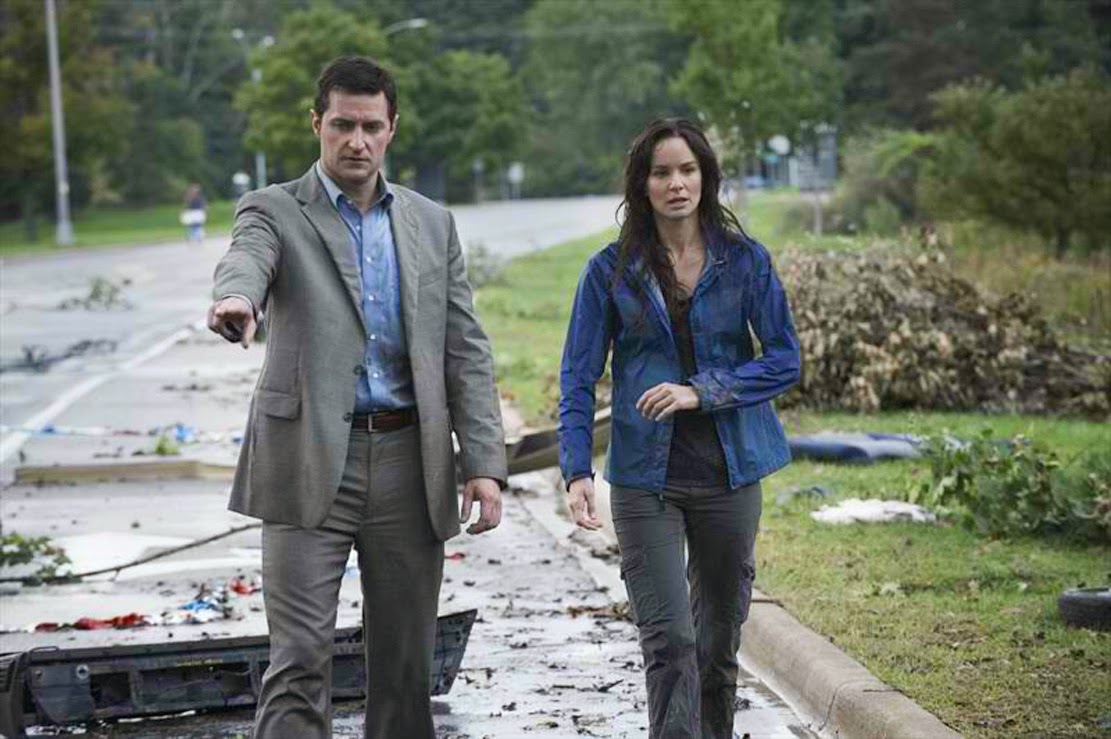 From New Line Cinema, in association with Village Roadshow Pictures, comes the tornado disaster film “Into the Storm.” Steven Quale (“Final Destination 5”) directs the film, which is produced by Todd Garner (“Knight and Day”).
In the span of a single day, the small American town of Silverton is ravaged by an unprecedented onslaught of tornadoes. The entire town is at the mercy of the erratic and deadly cyclones, even as storm trackers predict the worst is yet to come. Most people seek shelter, while others run towards the vortex, testing how far a storm chaser will go for that once-in-a-lifetime shot.

Told through the eyes and lenses of professional storm chasers, thrill-seeking amateurs, and courageous townspeople, “Into the Storm” throws you directly into the eye of the storm to experience Mother Nature at her most extreme.
Opening across the Philippines in August 07, 2014, “Into the Storm” is distributed by Warner Bros. Pictures, a Warner Bros. Entertainment Company.
Posted by Cathie Alhambra