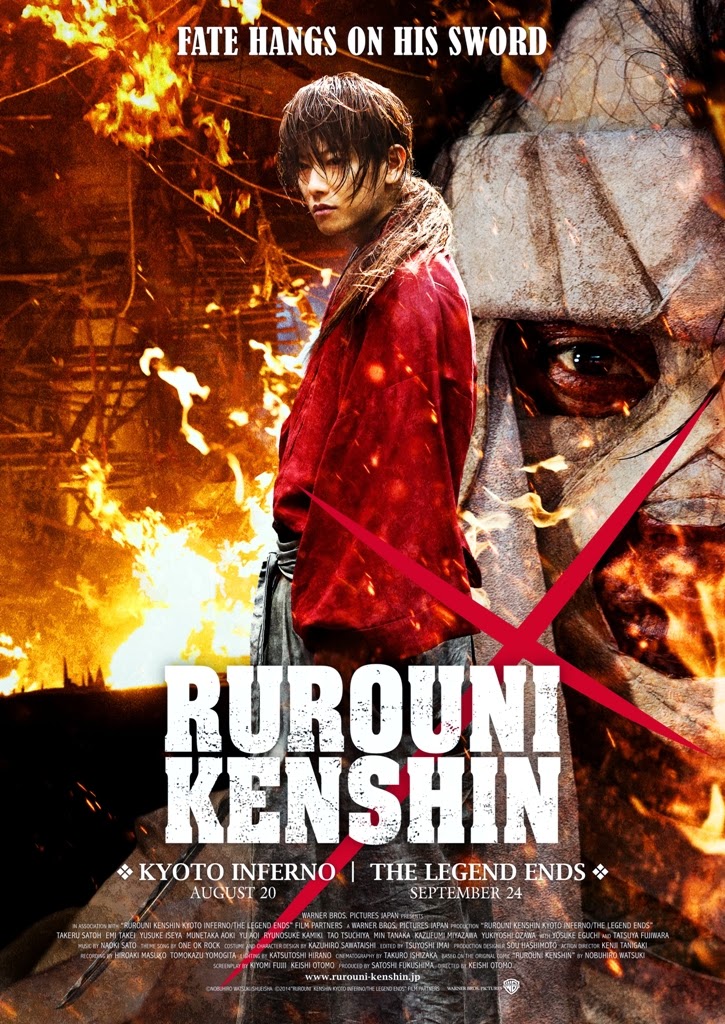 Based on the Kyoto arc of the popular manga series written & illustrated by Watsuki Nobuhiro, the sequels follow the story of reformed assassin Kenshin Himura (Takeru Sato) going up against pure evil Makoto Shishio (Tatsuya Fujiwara) who is attempting to overthrow the Meiji government. The fate of the country hangs in the balance as Kenshin Himura takes up the sword that he vowed to never draw again.

The first sequel, “Rurouni Kenshin: Kyoto Inferno” will open across the Philippines on Aug. 20, 2014, to be followed  by “Rurouni Kenshin: The Legend Ends” on Sept. 24, 2014.  Both films are distributed by Warner Bros. Pictures.
Posted by Cathie Alhambra