“I was really excited to play someone as tough, badass and physically dangerous as Rita,” says Blunt. “But when I read the script, mixed in with this very cool story and intense action sequences I also found a lot of laughs, as well as incredible determination and perserverance of the human spirit.”

“Edge of Tomorrow” unfolds in a near future in which an alien race has hit the Earth in an unrelenting assault, unbeatable by any military unit in the world. Major William Cage (Tom Cruise) is an officer who has never seen a day of combat when he is unceremoniously dropped into what amounts to a suicide mission. Killed within minutes, Cage now finds himself inexplicably thrown into a time loop—forcing him to live out the same brutal combat over and over, fighting and dying again…and again.

Cage’s strange ability to turn the clock back only begins to make sense to him when he is able to partner with the one person who seems to understand: Sgt. Rita Vrataski. “Cage and Rita lead the charge together in this story,” Cruise allows. “It’s a total partnership; they may start out as unlikely allies, but they both discover they won’t survive without each other.” 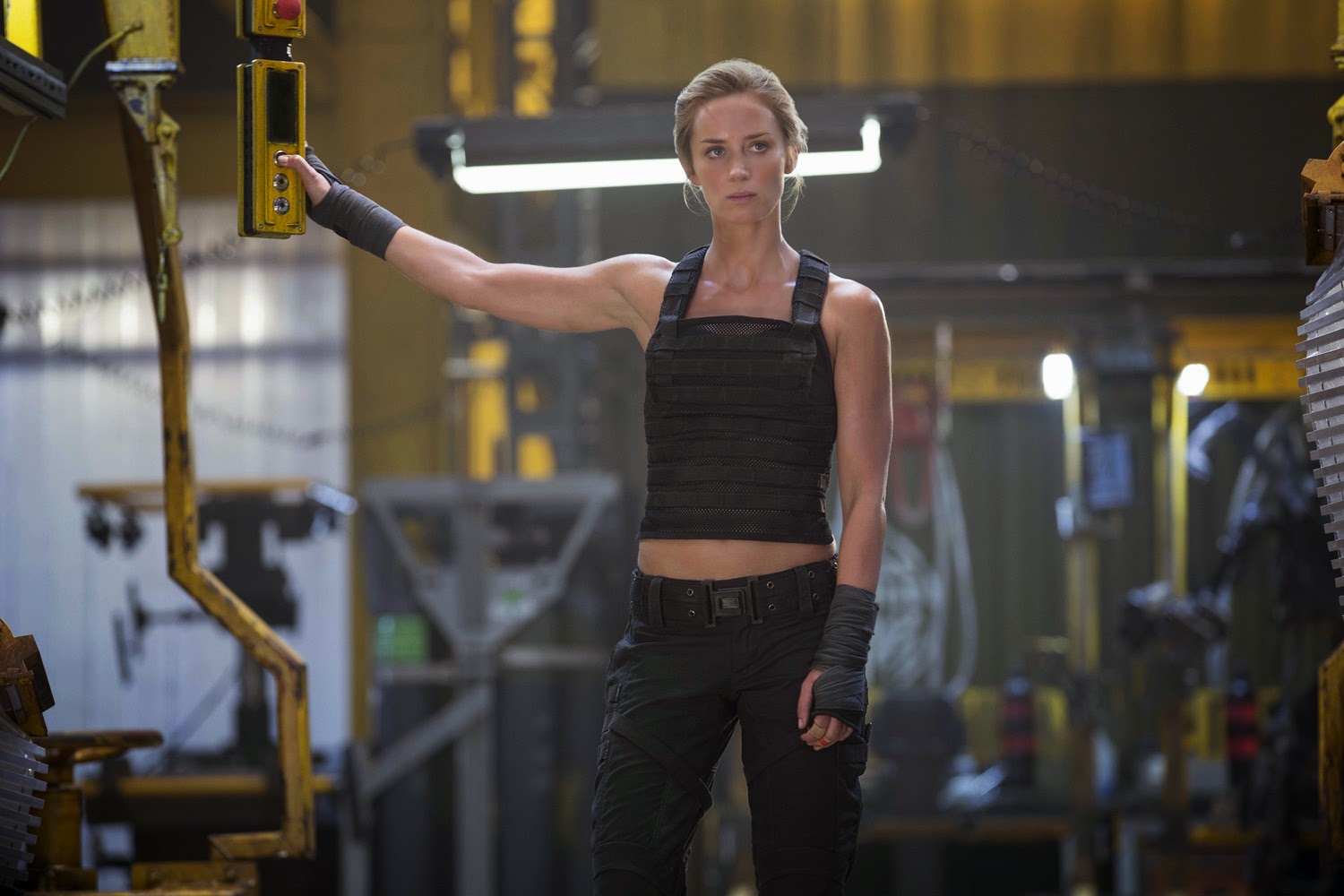 “I’m committed to strong female characters, and I think Rita is the strongest in any of my films thus far,” director Doug Liman states. “She is a true veteran combatant who has led the charge and killed thousands of Mimics.”


For her heroics in previous battles, the media has crowned Rita the Angel of Verdun, while the troops refer to her as the Full Metal Bitch. “Now, she must also be a mentor to Cage,” the director continues, “training him to be as strong a fighter as she herself is, or they’ll have no hope of winning the day. Emily came to the table with incredible strength of character and was every inch the warrior Rita was reputed to be.” 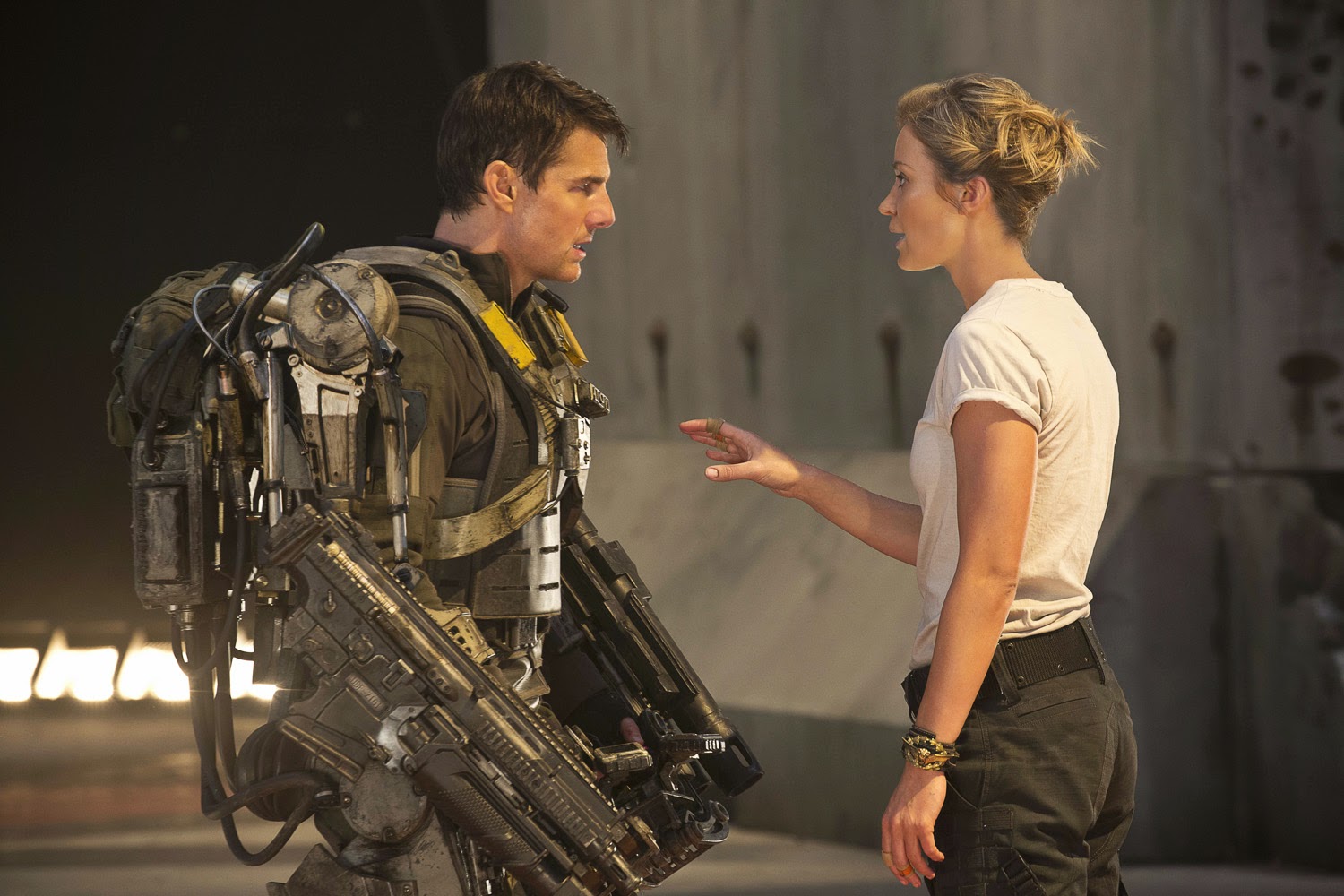 Blunt notes that, despite Cage having enlisted Rita to help him, “she’s really using him because he’s able to reset the day, and she sees this as an invaluable weapon. Through his experiences, she can change tactics in order to get further along each time and hopefully go on to survive the battle and then win the war.”

The story’s conceit of replaying the day posed one of the more unusual tasks Blunt faced in portraying Rita who, each new day, doesn’t remember Cage or anything that happened; he has to start over with her every time he starts the day again.

“She was always meeting Cage for the first time, so building a character whose interactions with another existed in an environment that was essentially the same again and again made it a challenge to progress the relationship,” she relates. “How does she change toward him, how does their familiarty grow if she can’t remember him? It was tricky for me to play that and to find the right measure of intimacy.”

Cruise also found the one-sided relationship in the film to be interesting to play: “Cage comes to care for her, but she can’t reciprocate—for her, it’s always just been that one day. That added a great layer to the connection between the two that was really fun to explore.” 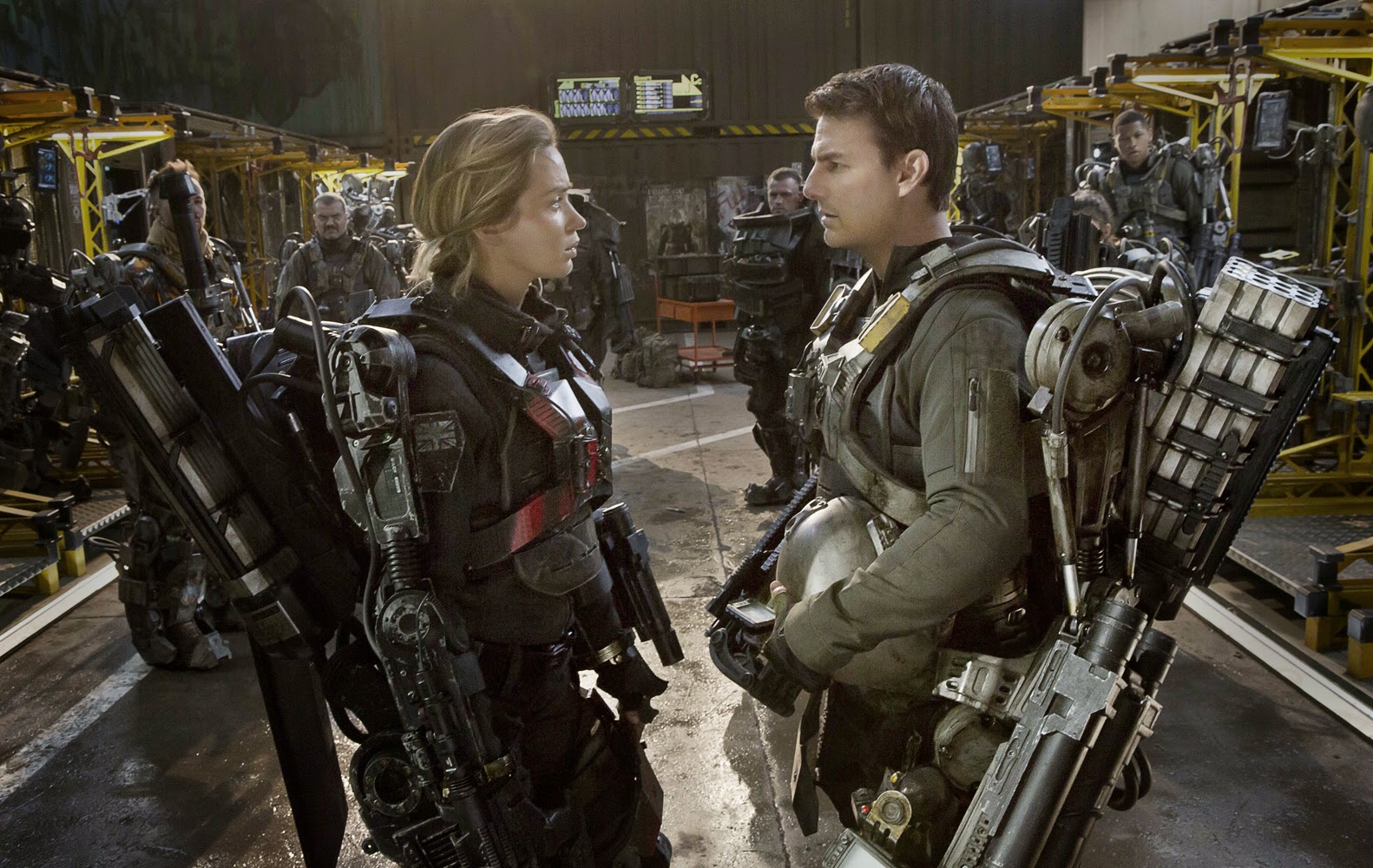 “Emily was terrific,” Cruise adds. “I love what she did with Rita, it was perfect for this journey. You see and feel her humanity, and it’s quite moving. On top of that, Emily’s never done action, but you’d never know it. She was thrown into the deep end and it was no easy feat, but she was wonderfully uncompromising. She’s just a brilliant actress and she has a great wit. It was a pleasure to work with her.”

The admiration was mutual. Blunt offers, “I’ve never met anyone with such a commitment to making the best movie he can. Tom strived for the best version of every moment, every scene, every day. He played Cage in a way that wasn’t at all whiny or tedious; even though the character was useless and inept at first, he tried. I think that makes him all the more compelling to watch.”

Opening across the Philippines on June 5, “Edge of Tomorrow” will be distributed in 2D and 3D in select theatres by Warner Bros. Pictures, a Warner Bros. Entertainment Company.
Posted by Cathie Alhambra