In “Edge of Tomorrow,” the world is at war with an indefatigable alien force no army, let alone individual, can conquer, and the greatest battle is still to come. Countless men and women will fight and all will be lost to these “Mimics,” unless the United Defense Force’s least likely recruit can succeed in employing a most implausible strategy: Live. Die. Repeat. 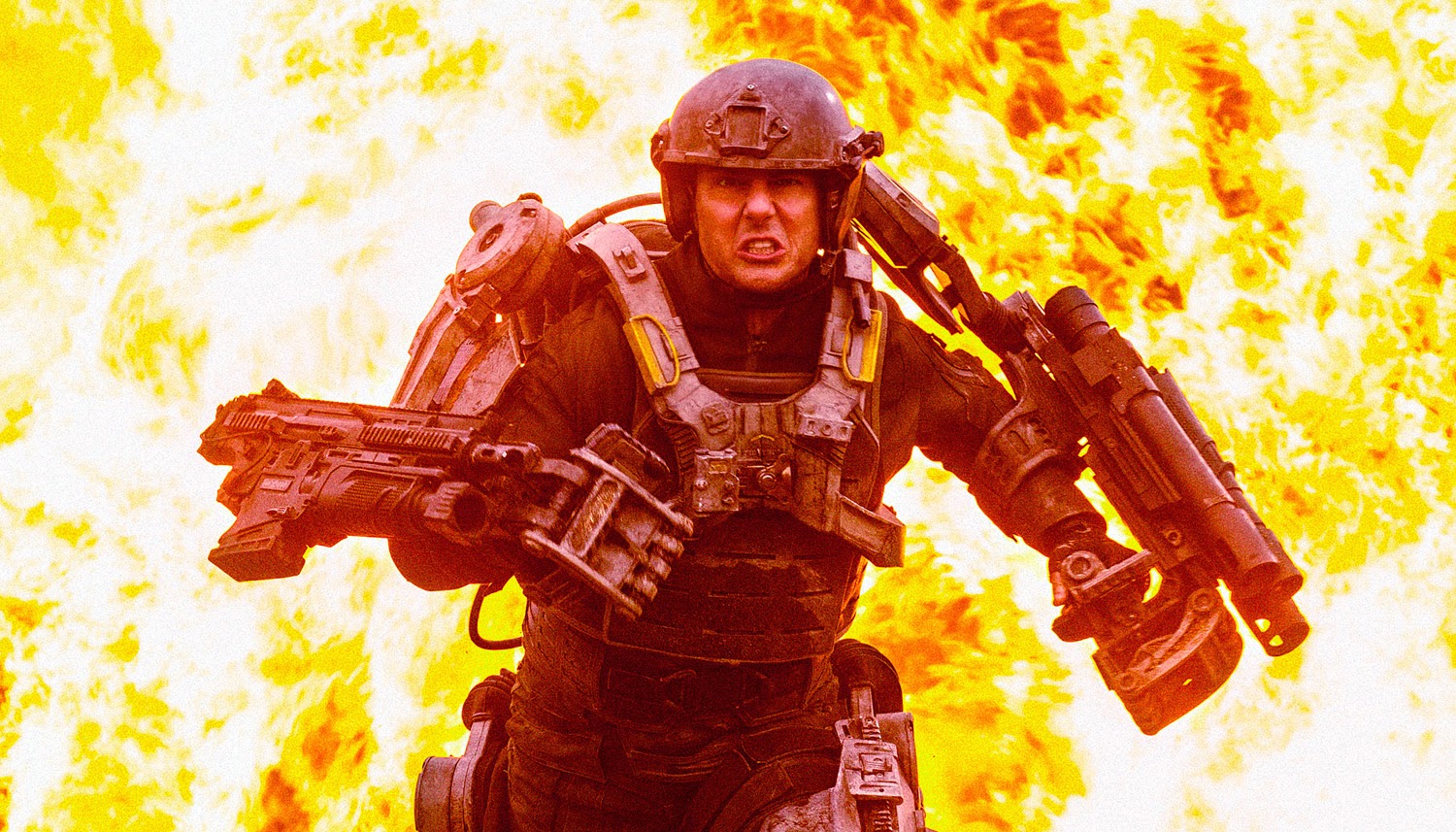 In the film, Tom Cruise plays Major William Cage, a military PR man who’s never been to the front line but who, thanks to his ill-advised threat to a four-star general, ends up trapped in an alien-induced time loop, fighting for his life…and death.

Doug Liman was drawn to the project by the extreme and extremely unusual circumstances in which Cage finds himself. “The concept of this really unique time loop hooked me in,” he says. “It opened everything up and created an opportunity to explore what was interesting about Tom’s character and to witness, day after day of the same day, what takes Cage to the brink. It also forces him to become not only the soldier, but the man, he has to be. When I find a project like this, that has a deeper meaning conveyed with tremendous action and great humor, that’s a movie I want to make.”


Cage’s unusual situation stems from his first—and seemingly last—battle with an alien. He quickly loses, and should lose his life, but has the unique ability to “reset” the day, waking once again in the exact location, at the exact moment, he did that morning. Justifiably, utterly confused, Cage can’t understand why no one else seems to be aware of the horrific events that already happened. Rather, they are prepping for the very fight they unknowingly have already lost.

Liman expands, “Everybody else is going to keep doing the same thing; the only thing Cage has control over are his own actions.”

“Edge of Tomorrow” is based on the Japanese light novel All You Need is Kill, by author Hiroshi Sakurazaka. Producer Erwin Stoff was given the book by producer Tom Lassally, and immediately saw its potential as a film. “I knew it would make a fantastic large-scale feature,” Stoff recalls. “It’s exactly the kind of movie I love to make—big, exhilarating action with a really interesting narrative structure. I really liked the notion of someone being caught up in a war where the stakes are the very survival of humanity, and the character has to develop both the physical and emotional skillsets in order to make a difference.”

Producer Jason Hoffs, whose Viz Media published the novel in the U.S., says, “I love heroic stories, and this one also had an elegant three-act dramatic structure, so it lent itself beautifully to the big-screen form.” The unexpected pairing of two people wholly reliant on one another, despite only one of them being able to remember they’ve ever met, allowed for a good deal of humor, especially between Cage and Rita. Screenwriter Christopher McQuarrie notes, “Cage begins as a self-serving media spin doctor who initially sees Rita as a means to an end. But she has unmatched combat experience and understands his situation better than he does—in short, she’s the key to ending his nightmare. Meanwhile, she starts every day wanting nothing to do with him.” Cage quickly realizes his usual charm won’t work on her, and he’ll have to find another way to win her over. “He must break through her carefully constructed emotional wall—over and over again.”

“I thought it was the most original screenplay about combat I had ever read,” remembers producer Jeffrey Silver. “I loved the really original way he keeps replaying the same day in this time loop, which often comes out in a very funny way, and I also felt it worked on the most basic, human level with characters who have a really unusual relationship.”

“I had the most amazing collaborators on this film,” Liman raves. “In terms of scale, this is the biggest film I’ve ever made. I’ve never made a sci-fi movie, or a story about time travel, and this one has both and a lot more. Both on and off screen, everyone was completely committed to taking chances and making the most compelling film possible, and I think it really shows.”

Opening across the Philippines on June 5, “Edge of Tomorrow” will be distributed in 2D and 3D in select theatres by Warner Bros. Pictures, a Warner Bros. Entertainment Company.
Posted by Cathie Alhambra