Paul Giamatti is the Rhino in “THE AMAZING SPIDER-MAN 2”

As Spider-Man's enemies begin to unite in Columbia Pictures' new action adventure “The Amazing Spider-Man 2,” one enemy to join the sinister cause is the Russian gangster Aleksei Sytsevich, played by Oscar-nominated actor Paul Giamatti (“Sideways,” “12 Years a Slave”). Stopped and sent packing by Spider-Man early in the film, he returns as a highly mechanized Oscorp invention – the Rhino. 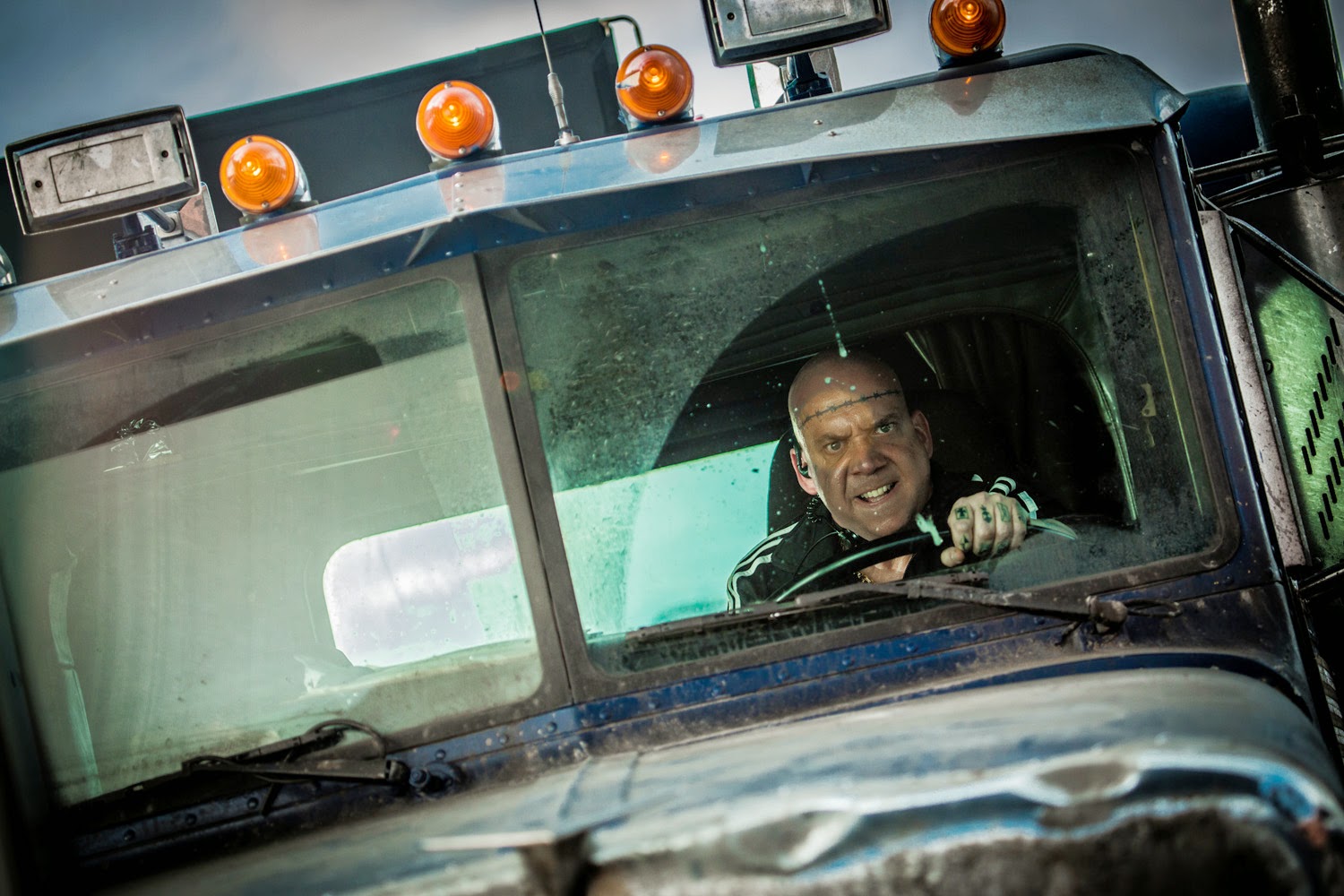 The Rhino was in fact Paul Giamatti’s favorite Marvel character when he was growing up. “He’s just brute force, and a little kid loves that sort of thing,” the actor says, describing the Rhino’s appeal. “You can just destroy everything, go through a brick wall. The Rhino had that great mean face all the time and was cool-looking.”

An appearance on Conan O’Brien’s late night talk show in 2011 led to Giamatti being cast as the Rhino in “The Amazing Spider-Man 2.” “As a joke, Conan asked me if I could be in one of the Spider-Man movies, what would I want to play, and I said the Rhino,” says Giamatti. “I guess Marc Webb saw it, and when they were coming around to do this one, I met him and he asked, ‘Would you seriously want to play the Rhino?’ It’s such a weird fantasy thing – I feel like I’m seven!”

Bringing the Rhino to the big screen presented a challenge to the special effects team. “We had some creative license in creating a wonderful villain in the Rhino – one that would make people laugh and fear at the same time,” says digital effects supervisor David Alexander Smith. “We looked at old Russian tanks and military equipment. We wanted it to feel substantial and not rickety, but at the same time it’s kind of a hodgepodge. We ended up with something very strong and fun at the same time, playing off of the character that Paul Giamatti established.” 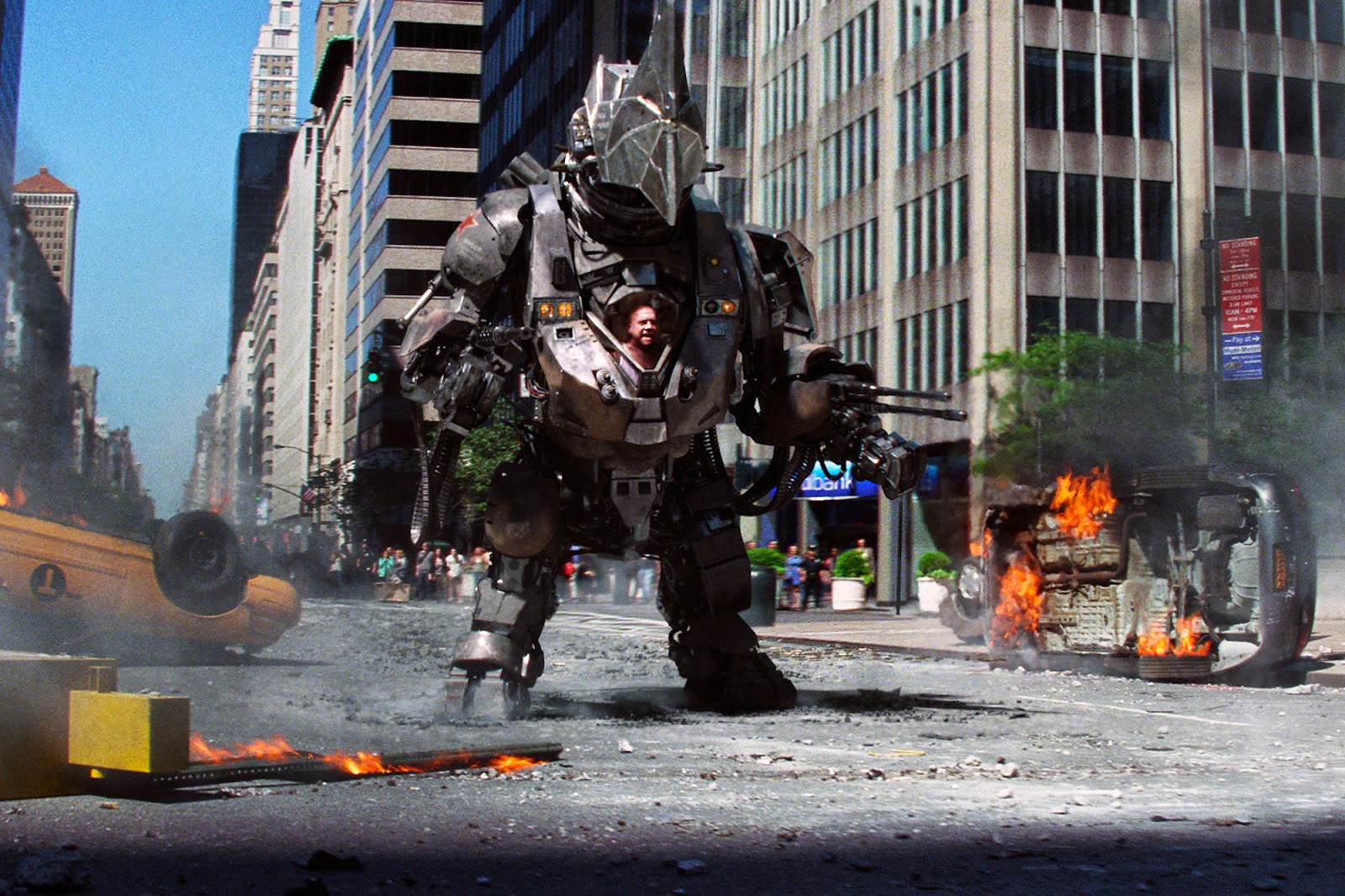 Even though the Rhino costume would be entirely CG (2,295 pieces of CG geometry, including 263 nuts and bolts), Giamatti performed on set in a 12-foot-tall, mobile unit. “It was important for a few reasons to have Paul Giamatti in some sort of physical contraption on the set,” says Visual Effects Supervisor Jerome Chen. “[Director] Marc [Webb] wanted Andrew [Garfield] and Paul to have the correct eyelines to each other – they had to see and act with each other. Also, because this scene is in daylight on Park Avenue, we could have the correct lighting on Paul when we put the CG suit around him. I’m sure that onlookers had no idea what they were looking at, but it looks great in the final film.”

Other credits for him include “Turbo,” “Rock of Ages,” “The Ides of March,” Curtis Hanson’s HBO movie “Too Big To Fail,” in which his performance earned him his third SAG Award for Outstanding Performance by a Male Actor in a Television Movie or Miniseries as well as an Emmy® and Golden Globe® nomination.
In 2006, Giamatti’s performance in Ron Howard’s “Cinderella Man” earned him his first SAG Award and a Broadcast Film Critics’ Award for Best Supporting Actor, as well as Academy Award and Golden Globe® nominations in the same category.

For his role in Alexander Payne’s critically-lauded “Sideways,”Giamatti earned several accolades for his performance including Best Actor from the Independent Spirit Awards, New York Film Critics Circle as well as a Golden Globe® and SAG Award nomination.

Opening across the Philippines on April 30 in IMAX 3D, Digital 3D and 2D formats, “The Amazing Spider-Man 2” is distributed by Columbia Pictures, local office of Sony Pictures Releasing International.