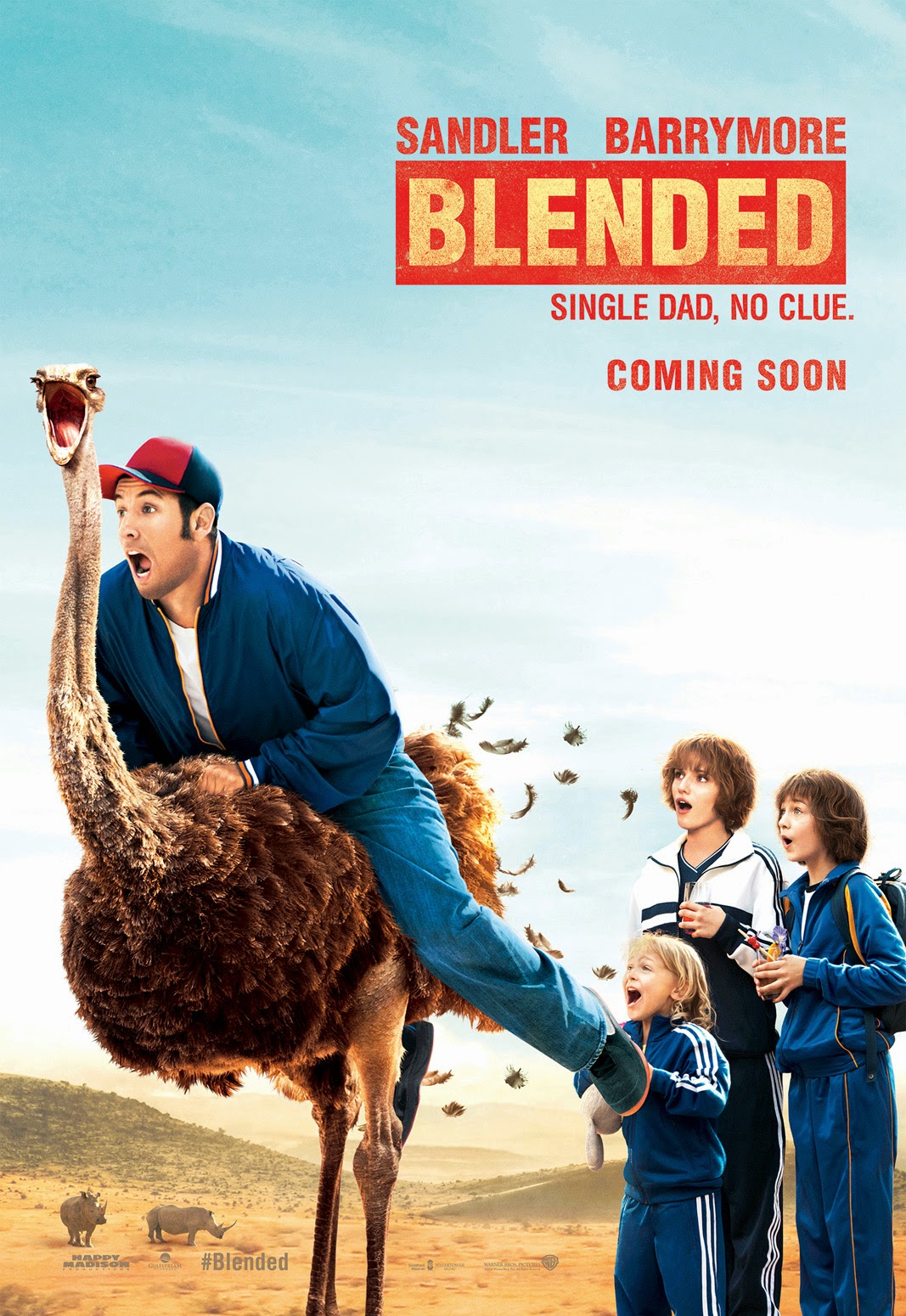 His has the tagline “Single Dad, No Clue” 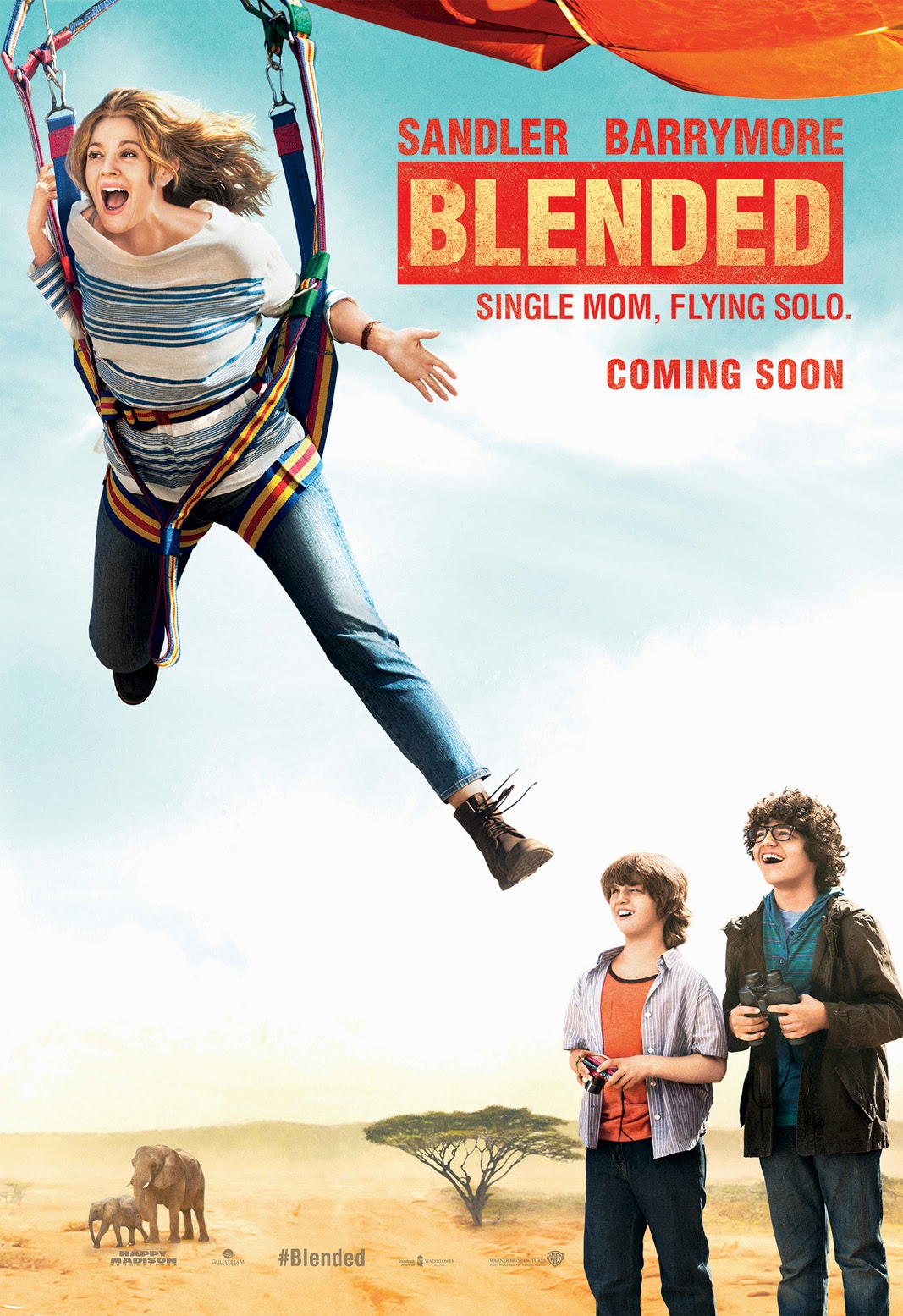 while hers “Single Mom, Flying Solo”

“Blended” marks the third comedy collaboration between Sandler and Barrymore, following their successful onscreen pairings in the hit romantic comedies “50 First Dates” and “The Wedding Singer.”

In the film, after a disastrous blind date, single parents Lauren (Barrymore) and Jim (Sandler) agree on only one thing: they never want to see each other again. But when they each sign up separately for a fabulous family vacation with their kids, they are all stuck sharing a suite at a luxurious African safari resort for a week.
“Blended” also stars Joel McHale (NBC’s “Community”) as Lauren’s ex-husband, Mark, and Wendi McLendon-Covey (“Bridesmaids”) as her best friend, Jen; Kevin Nealon (“Weeds”) and Jessica Lowe (funnyordie’s “RobotDown”) as an overly romantic couple also vacationing at the resort; and Terry Crews (“The Expendables 2”) as the resort’s singing host.