Meet the Characters of Futuristic ROBOCOP

In “RoboCop,” the year is 2028 and multinational conglomerate OmniCorp is at the center of robot technology. Overseas, their drones have been used by the military for years, but have been forbidden for law enforcement in America.  Now OmniCorp wants to bring their controversial technology to the home front, and they see a golden opportunity to do it.  When Alex Murphy (Kinnaman) – a loving husband, father and good cop doing his best to stem the tide of crime and corruption in Detroit – is critically injured, OmniCorp sees their chance to build a part-man, part-robot police officer.  OmniCorp envisions a RoboCop in every city and even more billions for their shareholders, but they never counted on one thing: there is still a man inside the machine. 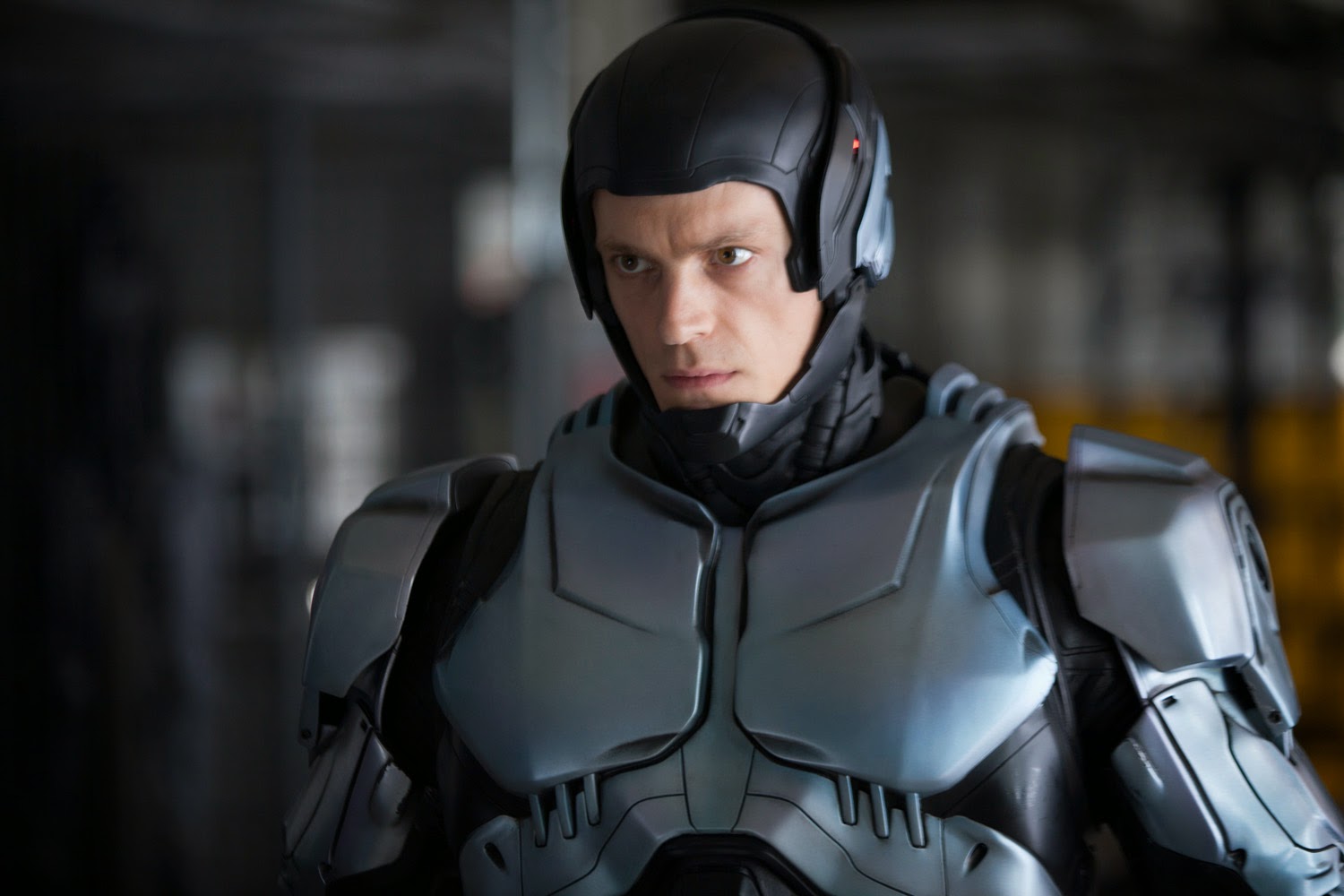 Joel Kinnaman was selected to embody the iconic character of Alex Murphy/RoboCop. The actor had to get into the psyche of a man that is brutally obliged to undergo an extraordinary transformation. “Alex is a righteous cop and a family man that is trying to do the best he can in a flawed system until some events completely change the course of his life,” Kinnaman explains. “Then he has to learn to deal with this new reality that is put before him.” 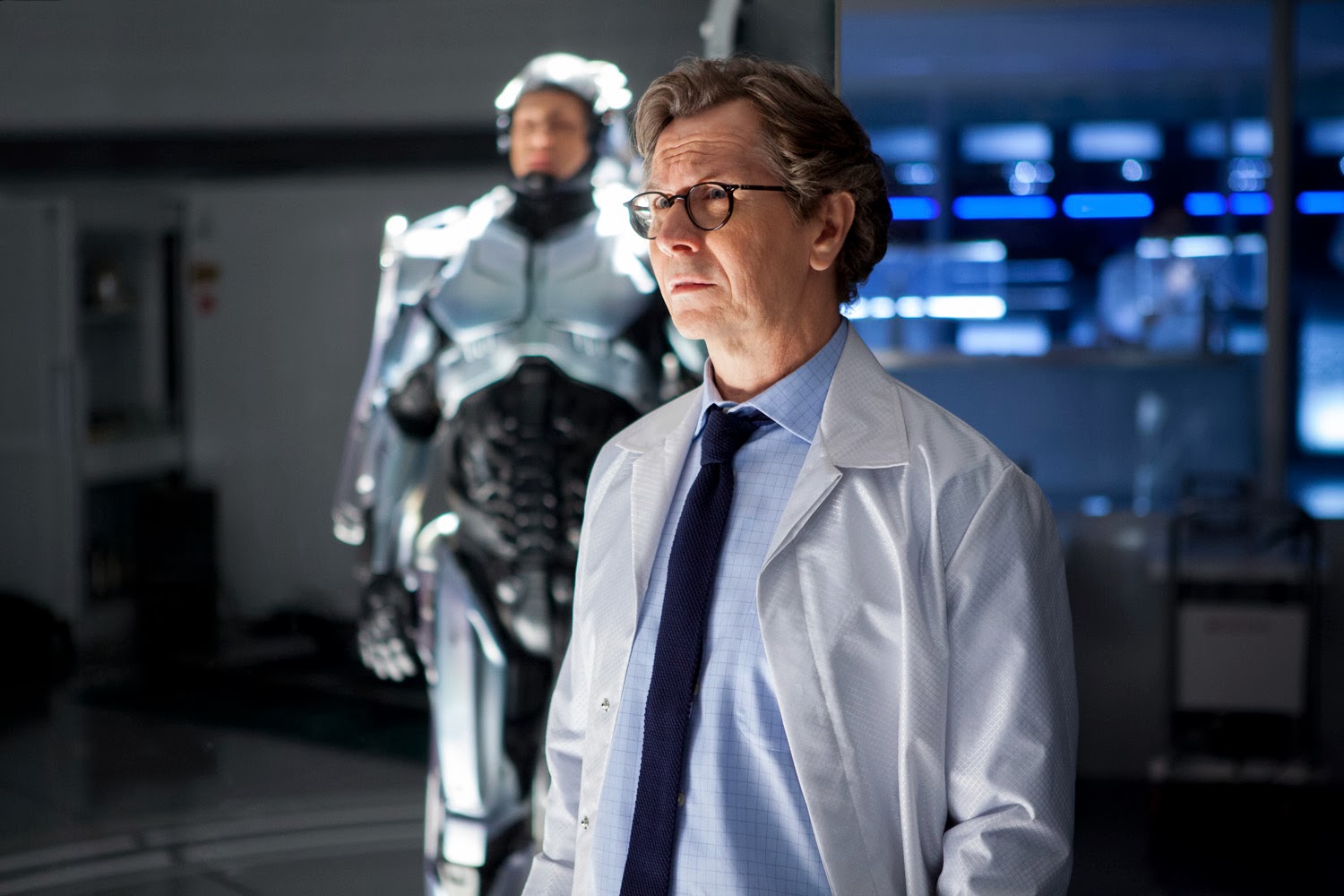 Gary Oldman plays Dr. Dennett Norton, the scientist who helps create RoboCop but that along the way has to probably compromise with decisions he wasn’t entirely sure or convinced about, as the corporation he works for corrupts him. “Yes, I get somewhat corrupted by OmniCorp,” admits the British actor, “through the unlimited funding that is offered for my research if I get on board the RoboCop project. So, I go against my better instinct.” 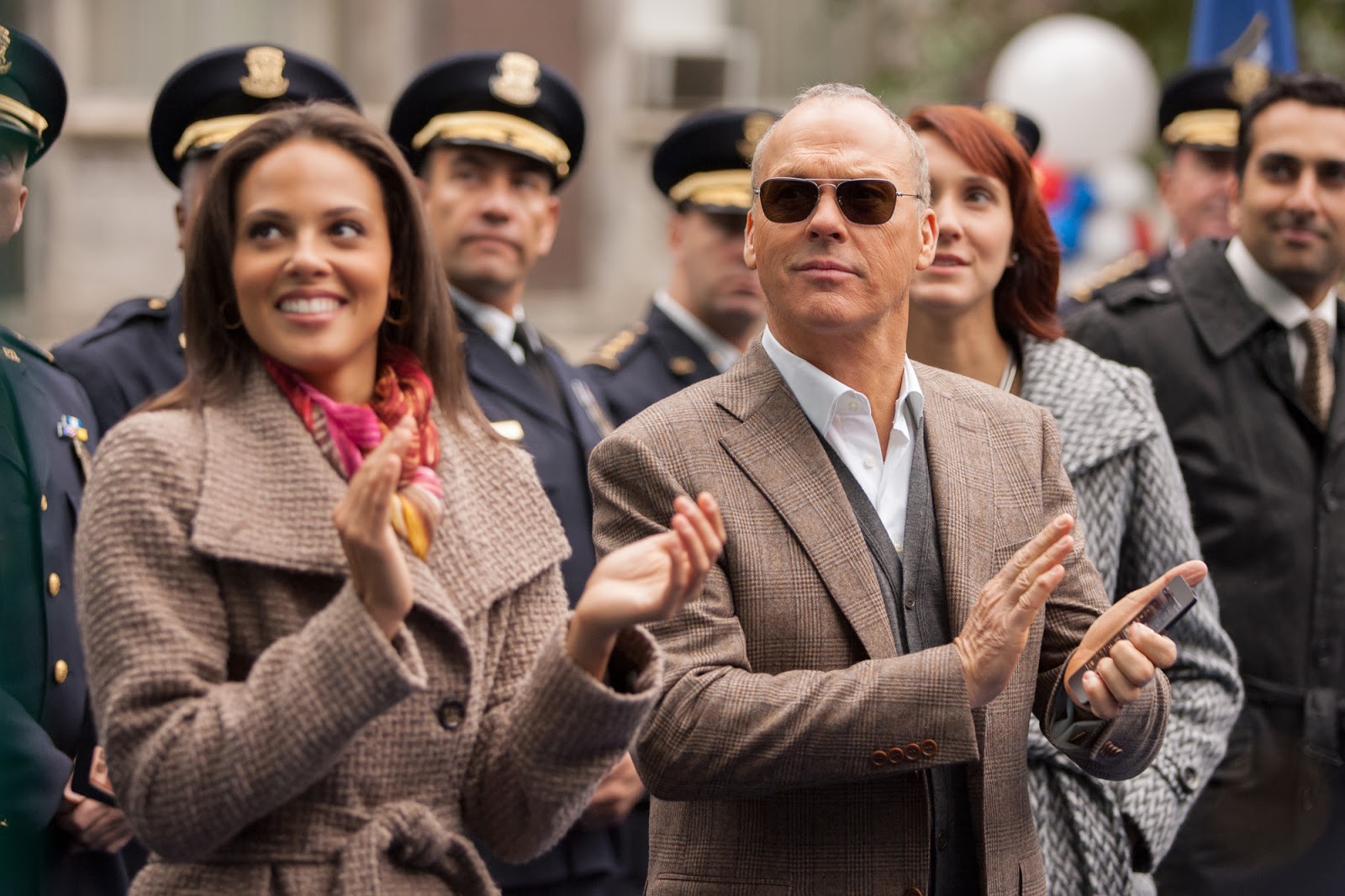 Michael Keaton plays the unscrupulous Raymond Sellars, the head of OmniCorp. He confesses that some clichés are true, referring to the common word amongst actors that it is usually fun to play a villain. “There is generally more meat in those characters,” he chuckles. “I just didn’t want him to be that hand-rubbing kind of villain that wants to take over the world, but when I read this script I found him much more interesting.” 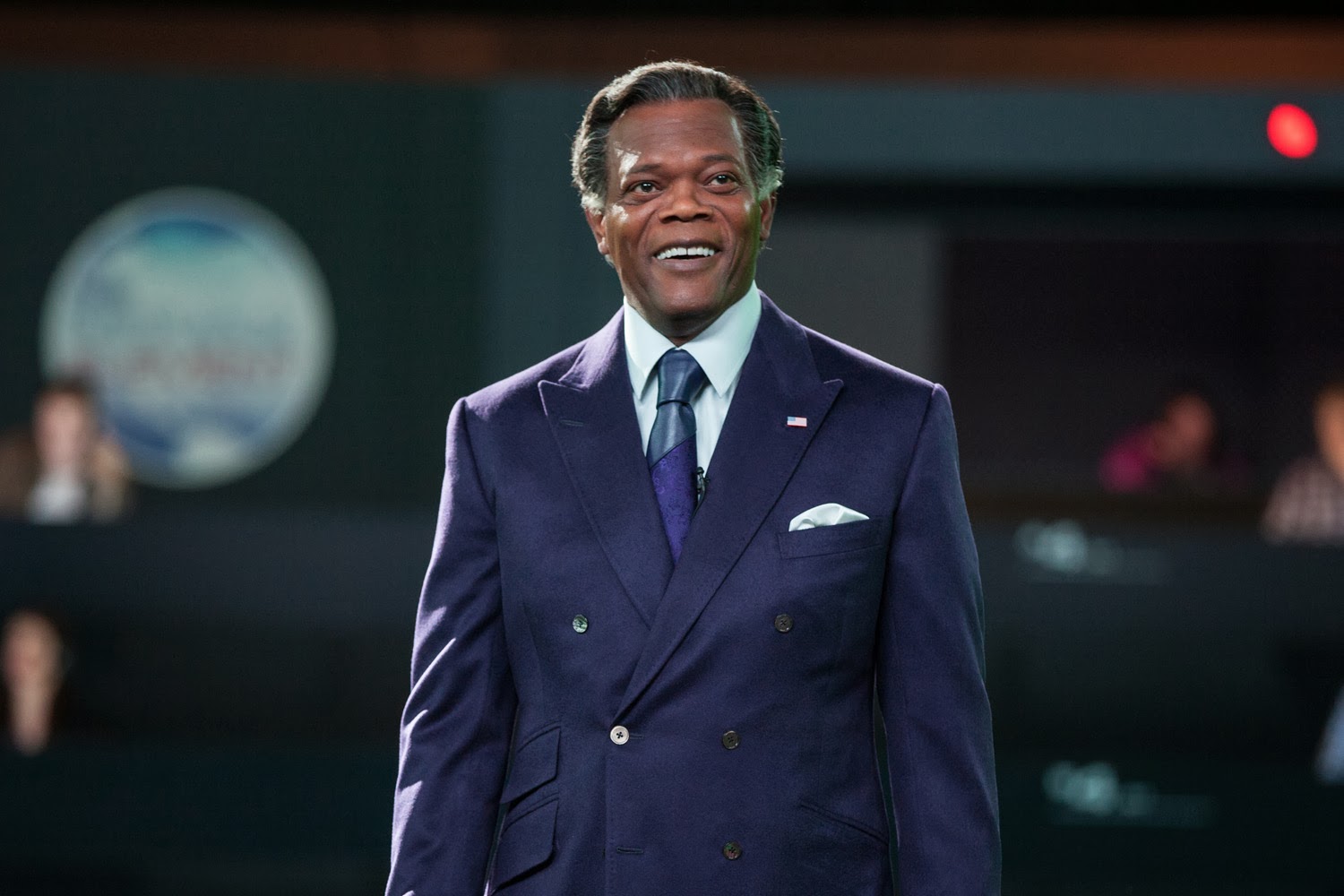 Samuel L. Jackson joins the party as the influential media mogul Pat Novak who has a hidden agenda.  Admires director Jose Padilha, “Sam is just a force of nature. When he steps onto the set every single camera looks at him!” 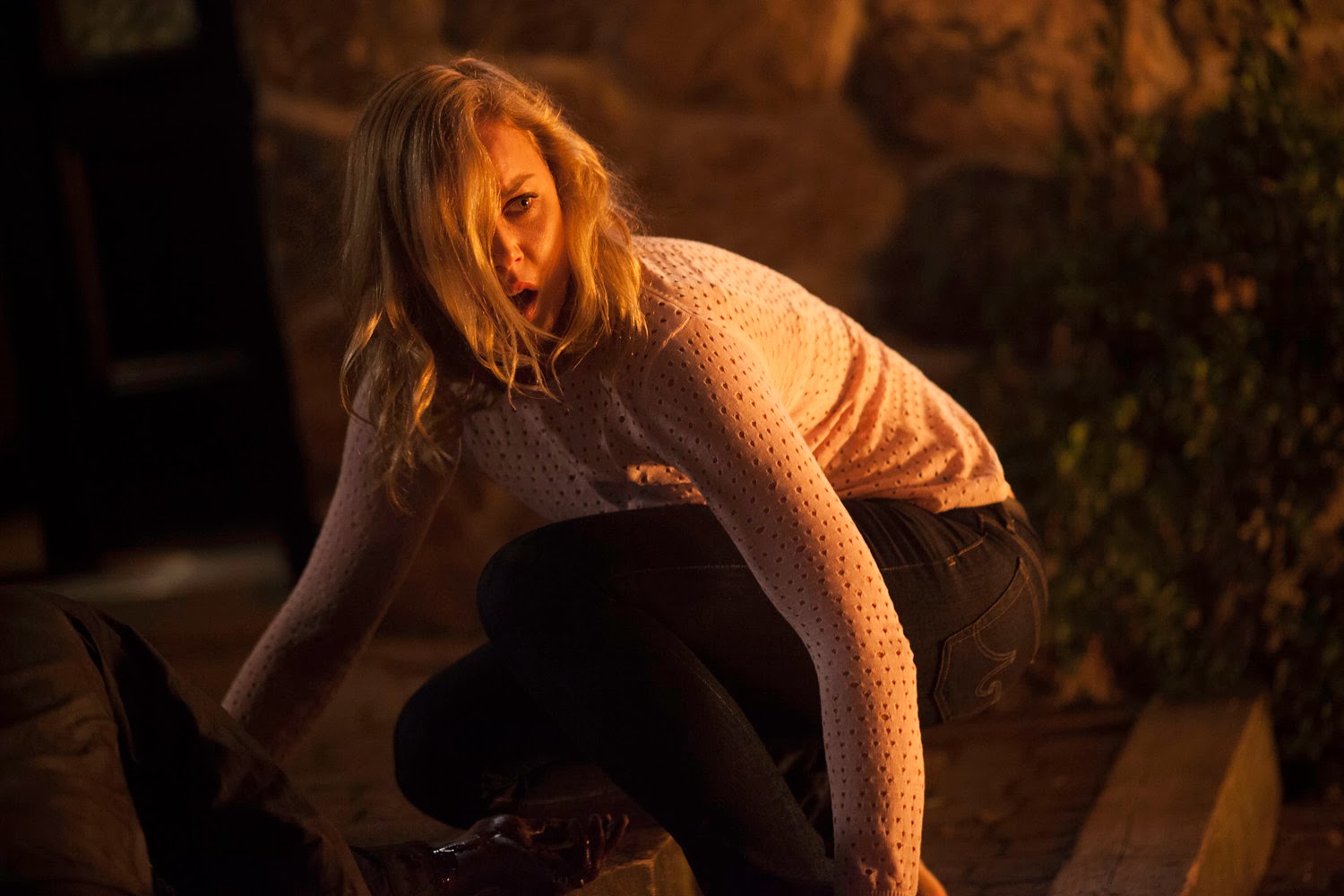 Abbie Cornish assumes the role of Alex’s wife, Clara Murphy. “I feel Clara is strong, caring and compassionate,” the actress shares. “She is grounded as a woman and very much within herself, embodying a lot of the things I believe women are in this day and age. I was very drawn to her from the beginning, and there was no doubt in my mind about who she was. The film is dealing with the idea of robot versus man and the progression of technology and how far that can go, and my character has to keep the family and their home together and protect her son and whatever it is that they have as much as she can.” 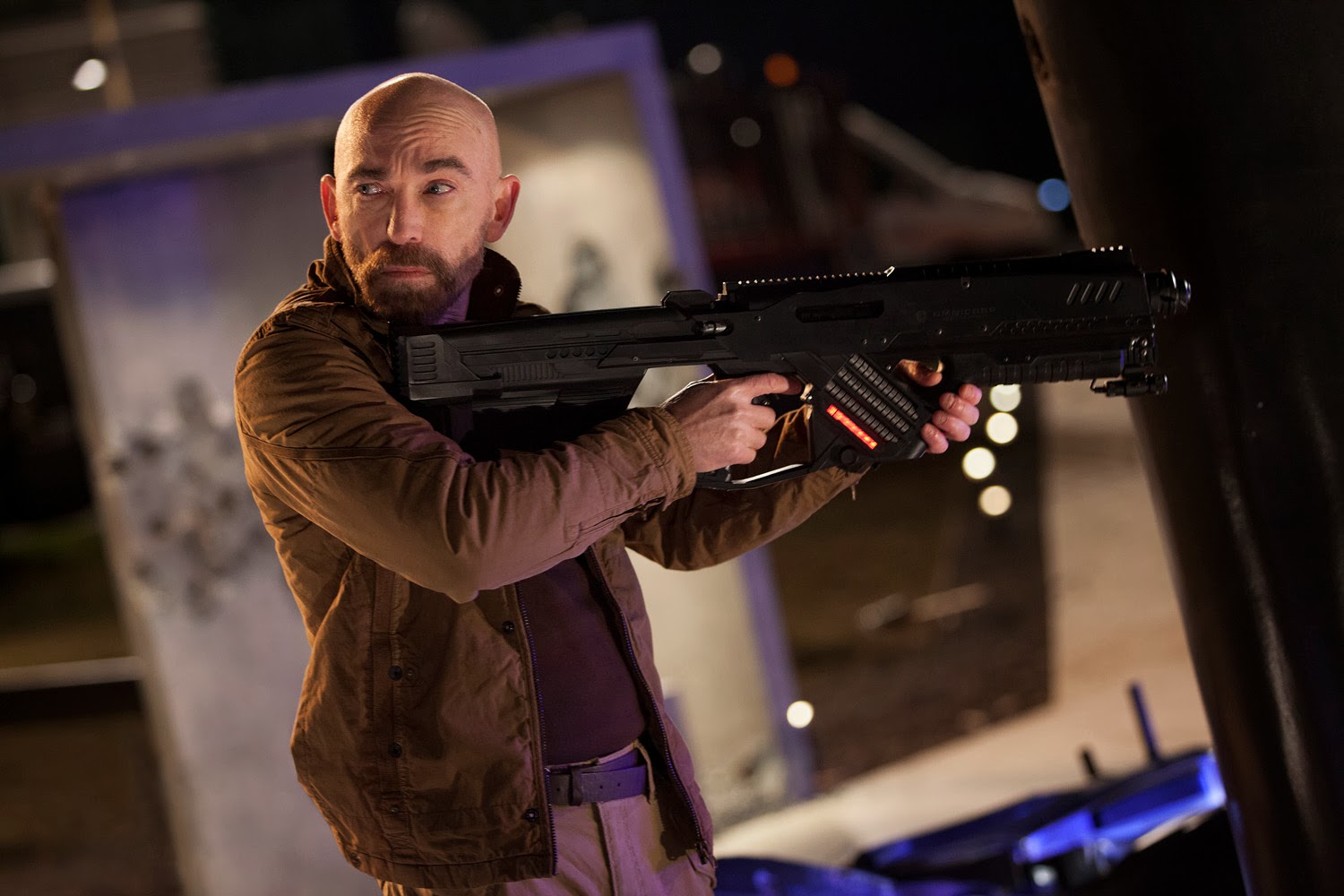 Jackie Earle Haley is Mattox, an expert in robots that is involved in some of the film’s action sequences. “My character is a robot handler with combat experience that has been working with OmniCorp for a long time.  And, even though he is RoboCop’s trainer, he feels that putting a man into the system is a mistake and probably secretly wants him to fail  -- while trying to do his job for OmniCorp as well.” 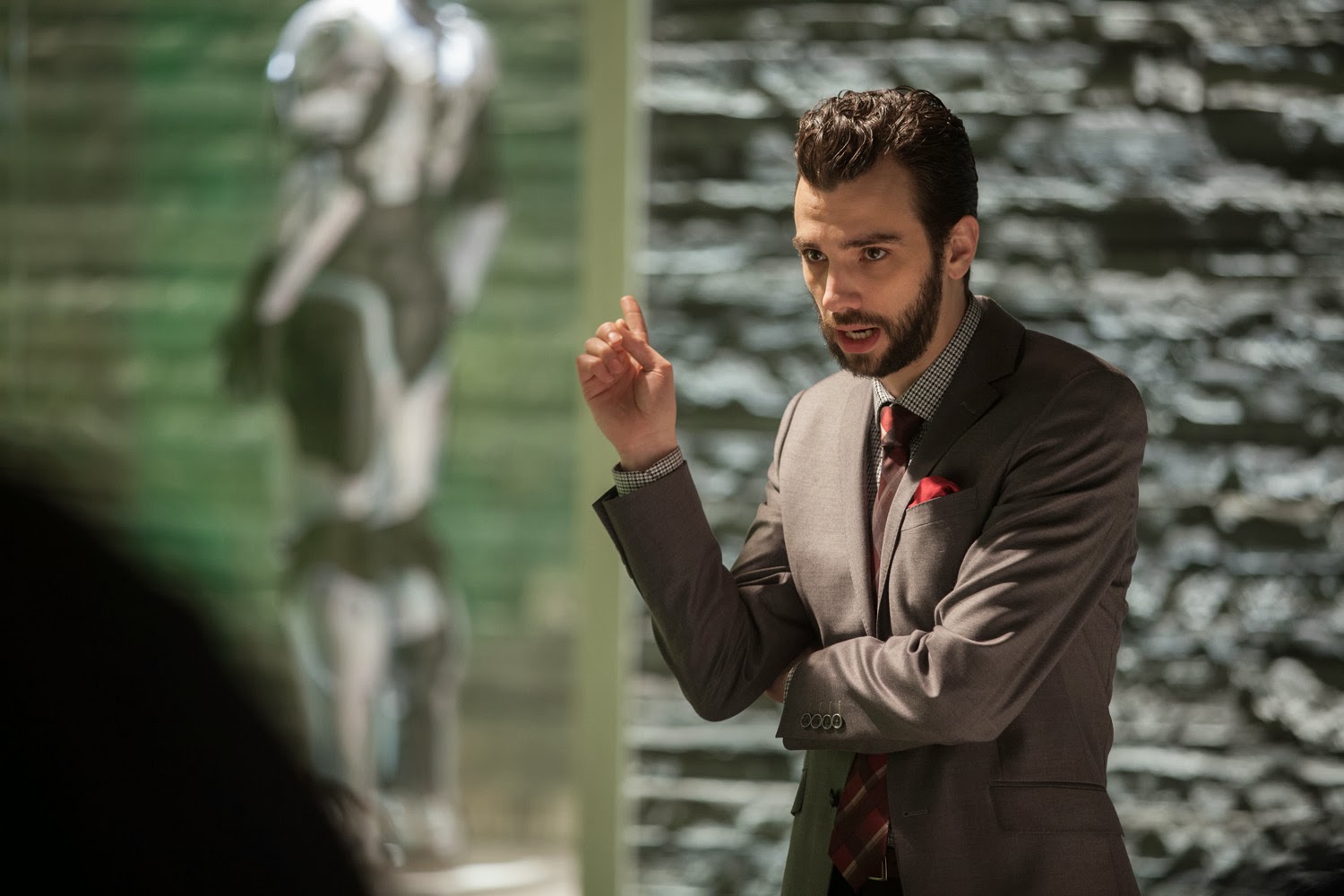 Jay Baruchel plays Tom Pope whom the actor describes as “a sort of sleazebag marketing executive” at OmniCorp. “He is definitely not a likeable person and is morally ambiguous,” comments the Canadian actor. “I am having fun with this character and love that I get to work with idols of mine like Gary Oldman, Michael Keaton, amongst others... And, as I am a huge dork, the fact I get to show up and see RoboCop is just great. It is so cool!”

Opening across the Philippines in Feb. 05, 2014, “RoboCop” is distributed by Columbia Pictures, local office of Sony Pictures Releasing International. Visit http://www.columbiapictures.com.ph for trailers, exclusive content and free downloads. Like us at www.Facebook.com/ColumbiaPicturesPH and join our fan contests.
Posted by Cathie Alhambra