Keanu Reeves makes an explosive return to action-adventure in 47 Ronin. After a treacherous warlord kills their master and banishes their kind, 47 leaderless samurai vow to seek vengeance and restore honor to their people. Driven from their homes and dispersed across the land, this band of Ronin must seek the help of Kai (Reeves)—a half-breed they once rejected—as they fight their way across a savage world of mythic beasts, shape-shifting witchcraft and wondrous terrors. As this exiled, enslaved outcast becomes their most deadly weapon, he will transform into the hero who inspires this band of outnumbered rebels to seize eternity. 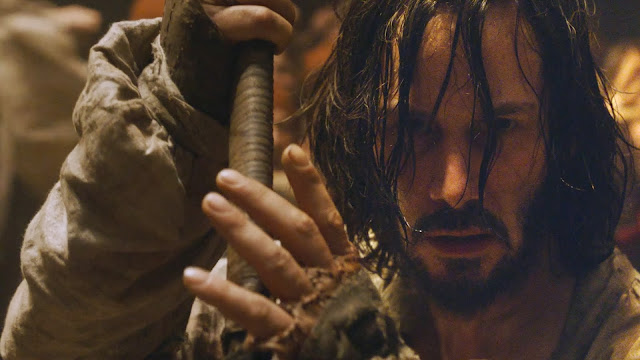 What was it about 47 RONIN that made you want to be a part of it?
I loved the themes of honor, revenge and sacrifice in the script as well as the tragic love story. I also liked my character, who was an outsider trying to regain honor.


How have you been involved with this project?
I watched 47 RONIN evolve and change with Carl Rinsch, who paid a lot of respect to all the elements that were inspired by Japanese folklore. Being on this journey and collaborating with Carl on the story has been a great experience.

Speaking of Japanese folklore, were you familiar with the legend of the 47 Ronin before working on the film?
I was not familiar with the legend, but as soon as I knew about the project, I did my research and read as much as I could about it. This movie is one of those rare examples of something that comes your way and is just so exciting from the beginning.

You play the lead character of Kai. How do you see him?
I think of him as an outsider who yearns to be accepted, like an immigrant. He is honorable and a man of nature, which helps ground him. Kai is also a bit cursed, and he is aware of that.

How did you prepare for this role?
Looking at the bigger picture, I basically tried to familiarize myself with the source material and thinking about my character’s place in the story. I always thought the tale of the outsider and these Ronin becoming samurai outsiders was universal because all cities and towns and places have these kinds of events and integration problems that happen. I tried to get in touch with who Kai is and how this affected him. I wanted my character to have a dignity and respect towards the world around him and others. I also wanted him to be capable, to be a hunter and a tracker that is connected to nature. 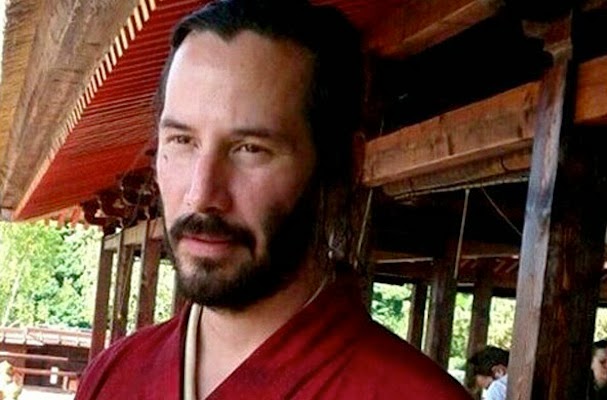 What kind of training did you go through for the role?
I was excited to work with the katana, the Japanese long sword. I trained a lot with the expert Tsuyoshi Abe and worked with the stunt teams. Hiroyuki Sanada, who plays Ôishi, also gave me some tips. I did a lot of exercises with the sword and some dieting as well.

Can you briefly talk about the main characters in the story and their relationships with Kai, starting with Lord Asano?
Lord Asano is the ruler of Ako. He sort of takes my character under his wing after he has been abandoned and brought up by these Tengu lords, who I think of as monks. I always saw Lord Asano as an enlightened ruler and a paternal figure.

Lord Asano’s right hand is the warrior, Ôishi. How would you explain the relationship between Ôishi and your character?
Initially, Ôishi thinks Kai is some kind of a demon, and he grudgingly puts up with him. However, their relationship changes throughout the course of the story. Ôishi asks for Kai’s help to restore the honor of the house of Asano.

You are surrounded by a great Japanese cast. What can you say about Hiroyuki Sanada, who plays Ôishi?
I had already seen some of Hiroyuki’s work in the past and knew a bit about him, but meeting him was special because he is such a gentlemen and a movie star on an epic level. Hiroyuki is a master actor, and it was wonderful to work with him.

You also worked with great actors like Tadanobu Asano and Rinko Kikuchi among many others.
I had also seen Tadanobu Asano and Rinko Kikuchi’s work before getting involved in the movie. The truth is that everyone was so excited about this story and participating in the world that Carl Rinsch was creating. We all got along very well and felt we were a part of something special.

What is Carl Rinsch like as a director?
Carl is very collaborative and passionate. He is amazing with story, but he is also a visionary with great energy and enthusiasm. 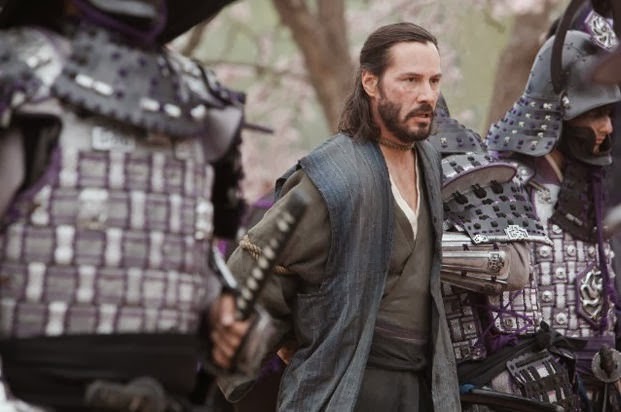 Did you enjoy the martial arts and action side of the shoot?
I love shooting action and was very excited to be in a samurai film. The fights were tough but fun to do.

Were there any bumps and bruises along the way?
As I was working with great professionals, I didn’t get beat up much, although I did hit Hiroyuki Sanada a couple of times by mistake.

The story wouldn’t work without a powerful villain. Here we have Lord Kira, who is aided by a witch and dark magic to obtain his evil goals.
Lord Kira and The Witch both made a great couple and I really thought they managed to put their performance between their teeth, as I would say. I think they are wonderful and delicious villains with even a kind of yearning to them, which made them a bit sympathetic.

In what way did you find Lord Kira and The Witch sympathetic?
Lord Kira feels underappreciated. The same thing happens to The Witch, who wants to have this earthly love that he is denying her. In a way, they are victimized by their passions. I liked that sophistication, the complexity of both of them being extroverts that go for what they want but are so wounded at the same time.

You have worked on a number of movies with groundbreaking special effects. 47 RONIN combines CGI with practical effects harbored by the detailed sets that were created for the film.
Yes, they built such remarkable sets that made you feel you actually were in that world. There was so much that was there! Then, the work they did with the special effects and the creature creation was awesome.

In this case, what do you believe 3D will add to it all?
The filmmakers knew they were making a 3D film from the beginning and everything was considered in that regard. I appreciated that they took the time and effort to work on it specifically. It was great to see the care they took with the story and the storytelling.

What should the audience expect from 47 RONIN?
The audience should expect a big movie with great themes. I think it is a film that is entertaining but also has an intimacy to the story and the acting that I hope people will enjoy as well. There is action, drama, love and suspense. It has it all!