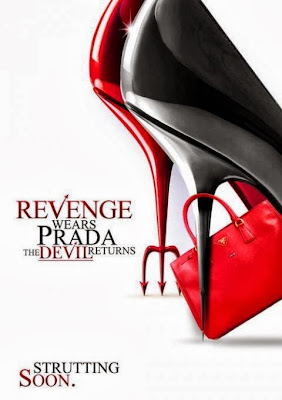 Upon hearing the release of Revenge Wears Prada, I immediately looked for a copy. I loved the first book, but only watch the movie version as I failed to get a copy of my own. The story tells of what happened to Andy Sachs, a decade after she left her job at Runway because of her tormenting boss, Miranda Priestly.

At first thought, you would think that Revenge Wears Prada would literally mean that Miranda is out for revenge at what Andy did, but as I read the book and halfway through it, I realized this is not at all about Miranda's revenge but rather Andy's life that's close to perfect. She now runs her own wedding magazine, The Plunge, she's married to a handsome, rich and caring husband, and has a beautiful baby girl. What was close to being perfect, her life begins to be torture by a nightmare about Miranda Priestly seeking revenge and is back to take her life in all ways possible. 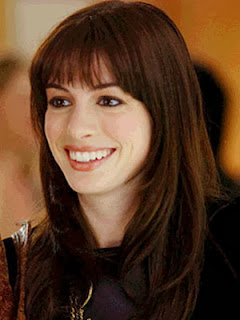 I somehow was able to relate to Andy's life in the second book. I recently got married to a wonderful Angel and still in the planning stage. Feeling Andy's emotion in her adjustment in married life somehow speak about my current situation. I like it when Lauren described her pregnant days, it somehow gives the readers some horrible facts about being pregnant and having a baby which you would not often hear from others. The blending of characters were very good, each has his/her own recall. I felt genuinely attached to Andy and Max (her husband) as if it were me and my husband.

I almost cried towards the end of the story, because honestly I did not like the ending that much, or what happened towards the ending. If I were to ask, the author could have diverted the "divorce" into another situation. It felt like, there was so much love at the start of the book and suddenly got lost along the way.

The book is an easy read and light for a chic lit. The wittiness and unpredictable magic of the first book could not be found her. Though you would think of Miranda seeking revenge as the title literally conveys, you'd find out that Miranda appeared very minor in the second book.

I'd still recommend this book, just so you know what happened to Andy Sachs after she gone of redeeming herself from Miranda Priestly. I'd love to see this in a movie though and see a face behind Max and Alex.