I have been watching X-Men since I was little and it's the only comic cartoon that I loved watching then. I'm fond of the characters and their super powers too! I remember making my own name and my own super power..
PRESS RELEASE: 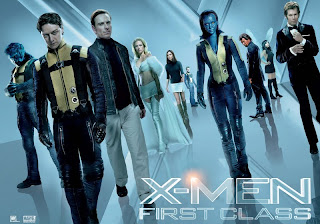 “X-Men: First Class” stirred the franchise anew as it exceeded fans’ and the general public’s expectations when it opened with a whopping P 71 million at the box-office nationwide on its first 4-day weekend (June 2-5, 2011) in the Phils. The movie delivered with flying colors, surpassing 20th Century Fox’s estimates and is now 2011’s Biggest Opening for a Fox film so far, besting the studio’s recent box-office hit “Rio” at P 17 million on its opening weekend.


Previous X-Men films have shown male comic book fans dominating the film's market share, but “X-Men: First Class” rebooted the franchise to an even wider demographic as it exceeded “X-Men Origins: Wolverine” gross that previously opened at P 35.4M in 2009 and now holds record as the 2nd Biggest Opening Weekend of the franchise next to “X-Men: Last Stand” that opened on a 5-day weekend at P 58.8M in 2006. 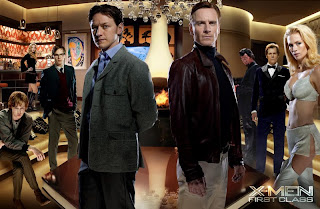 So far recorded as the Biggest Opening Weekend for a Non-3D film, “X-Men: First Class” raked in more than 440,000 admissions in 228 screens on its 4-day Phils. debut. With the movie reaping strong positive reviews, it will most likely hold strong in the coming 3 weeks more particularly in the following top grossing cinemas.

Still within the million mark’s top grossing cinemas are SM Cebu P1.7M; Shang Cineplex P1.69M; Ayala Cebu P 1.68; TheatreMall P 1.6M; Robinson’s Ermita P 1.55M; Newport P 1.53M; Robinson’s Galleria P 1.5M; Filinvest P 1.3M; Market!Market! P1.2M; SM Fairview P 1.1M and SM San Lazaro P 1M.
“X-Men: First Class” is set in the 1960s – the dawn of the Space Age, and also the height of the Cold War, when escalating tensions between the U.S. and the Soviet Union threatened the entire planet – and when the world discovered the existence of mutants that unveils the beginning of the X-Men saga. James McAvoy and Michael Fassbender star as Charles Xavier and Erik Lehnsherr before they took the names Professor X and Magneto. Before they were archenemies they were the closest of friends, working together and with other mutants to stop the greatest threat the world has ever known. As the first class discovers, harnesses, and comes to terms with their formidable powers, alliances are formed that will shape the eternal war between the heroes and villains of the X-Men universe.