Camelot: The Story That Was Never Told

I have always liked the Medieval times, the story, the outfit, the prince and princess, and the kingdom all in all. Sometimes when I watch a medieval inspired film, I wish I was born during that time. 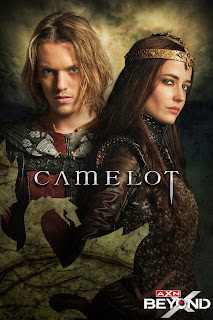 I was invited to watch the bloggers screening of Camelot, the first drama series on AXN Beyond. This epic drama series will premiere this April 4, 2011(Monday) at 9pm and will have a simulcast across Asia in the same week as its US broadcast. 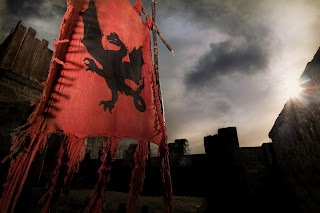 The kingdom of Camelot teeters on the edge of turmoil when King Uther Pendragon is suddenly murdered through supernatural means. Sorcerer Merlin (Joseph Fiennes, FlashForward, Shakespeare in Love) arrives too late to  save the dying king, but dark visions compel him to install Uther’s secret son – hidden at birth and brought up as a commoner – as heir to the throne. So begins the rise of the young and impetuous Arthur (Jamie Campbell Bower, Sweeney Todd: the Demon Barber of Fleet Street, The Twilight Saga: New Moon) as the new king. 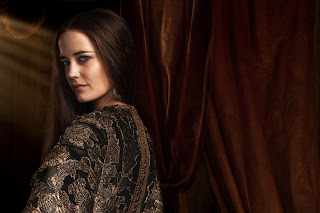 Allying with dark supernatural forces and the kingdom’s enemies, Morgan, Arthur’s beautiful but ruthlessly ambitious half sister (Eva Green, The Golden Compass, Casino Royale) -– responsible for Uther’s death – wages a bitter war against him to claim the crown. 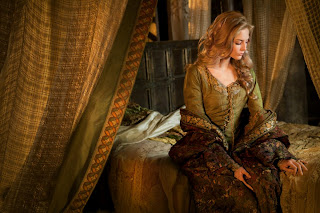 In such trying times, Arthur finds the innocent yet strong Guinevere (Tamsin Egerton, St Trinian’s, Keeping Mum) a beacon in the darkness and inspiration for him to grow into the king he has to become. Guided by Merlin’s magical foresight and belief, and aided by his brave knights, Arthur sets forth to bring justice, hope and freedom to a kingdom corrupted by violence, greed and despair. 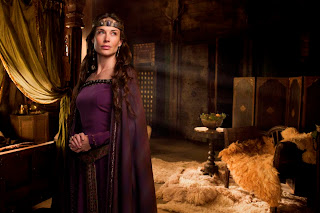 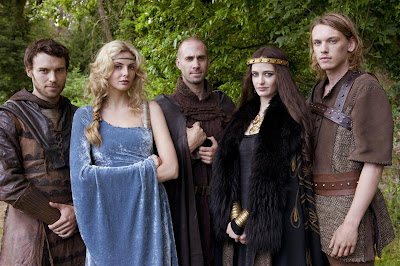 Camelot is being brought to life by a stellar cast. Rising star Jamie Campbell Bower plays the young Arthur, while critically acclaimed actress Eva Green portrays key antagonist Morgan. Morgan’s foil, the resourceful, macho man-of-action Merlin is played by theatre veteran Joseph Fiennes. Budding British actress-model Tamsin Egerton is Guinevere, who cannot help falling for Arthur even when betrothed to knight Leontes.
The pilot episode is so engaging, make me want to watch the whole series in one sitting. If you think you know it all, wait til you meet Arthur, the commoner turned heir to the throne. Not going to be your usual kingdom and war story, you will find the dark and gripping take on this medieval legend very appealing. Camelot will present us with never before told story of King Arthur. Camelot will not miss on a few signature events and characters such as the "sword in the stone", the "lady in the lake", and the beginnings of the Round Table, but none will be like what have been done before. You will find that Merlin is not an old man with beard, and King Arthur was an illegitimate son but true heir to the throne. A few things you might want to know, Camelot was shot amid stunning scenery in County Wicklow, Irelend. Camelot is shot on a budget of almost US$50 million and involved 400 cast and crew member. The 10 part series is an Irish/Canadian co production by GK-tv.

Enjoyed watching the bloggers screening at My Cinema, Greenbelt with other bloggers. It was exciting too because of the contest after the show! Thank for PENSHOPPE and L'OREAL for sponsoring the goodies! I like the PENSHOPPE clothes I won!
Camelot promises an experience beyond your imagination as the epic, untold story is revealed this April, only on AXN Beyond.
Camelot premieres 4 April 2011 in the same week of its US debut
Airing Mondays 9pm (SG, MY, PH, HK) / 8pm (JKT)
First and exclusively on AXN Beyond


Launched in January 2008, AXN Beyond is the destination channel for high-octane, edgy entertainment for young adults and the young at heart. With a unique blend of drama, reality shows and movies that constantly question the boundaries of reality and stretch the limits of the imagination, AXN Beyond speaks to those who believe there is more to life than what they have been told. AXN Beyond’s programming features rebels with attitude, alternate realities, and the wonders of possible futures, making it the destination channel for entertainment beyond the ordinary, beyond reality, and beyond the imagination.


AXN Beyond is wholly owned by Sony Pictures Entertainment, and managed by SPE Networks – Asia, which also operates cable channels AXN, Animax, Sony Entertainment Television, and ONE. More information about AXN Beyond can be found at www.axnbeyondasia.com.

PS. Thanks to AXN Beyon and Publicity Asia for the invite and photos!
Posted by Cathie Alhambra

Email ThisBlogThis!Share to TwitterShare to FacebookShare to Pinterest
Labels: AXN Beyond, Camelot, Camelot on AXN Beyond, King Arthur