Filmmakers Lana and Andy Wachowski once again invite audiences into uncharted territory and fantastic new worlds with Warner Bros. Pictures’ “Jupiter Ascending.” Their first original science fiction action adventure since “The Matrix” Trilogy, “Jupiter Ascending” reveals a universe in which the Earth is just one small piece of the vast machinery of galactic commerce—a prize, about to be seized and stripped of its most precious resource: humanity.

“I can’t even remember a time when alien intelligence or the potential inherent in the vastness of space didn’t fascinate us,” says Lana Wachowski. “Who didn’t love Carl Sagan’s ‘Cosmos’? And the movie ‘2001: A Space Odyssey’ had such a profound impact on us. But as storytellers, what got us excited about that potential was answering the question, ‘If someone else is out there, and they know about us, why don’t they want us to know about them?’

Written, directed and produced by the Wachowskis, “Jupiter Ascending” is conceptually sci-fi but encompasses elements of their other favorite genres. A thriller and an action epic, it is also, at its core, a love story between two people who would never have met if not for one extraordinary event that might only happen once in centuries, if it happens at all: a Recurrence, a human born with a gene pattern that’s an exact duplicate of one that has already existed.

Jupiter Jones (Mila Kunis) is a Recurrence. Her genetic profile has been identified as a match for a woman who, before her mysterious death, controlled one of the most dominant ruling families in the universe. This makes Jupiter, despite her humble upbringing, the beneficiary of unfathomable wealth and the pivotal figure in a monumental power struggle, with the Earth set in its crosshairs. To the family’s existing heirs, it just makes her a target.


Beginning in present-day Chicago and traversing the cosmos, “Jupiter Ascending” offers a breathtaking panorama, at turns majestic and menacing, as one young woman, plucked from the most ordinary life, comes to terms with a regal identity she never knew, and the risks and responsibilities that come with it—not just for herself but for everyone she loves and every human being on her planet. In the process, she may find not only her true strength and purpose but, possibly, the love of her life. 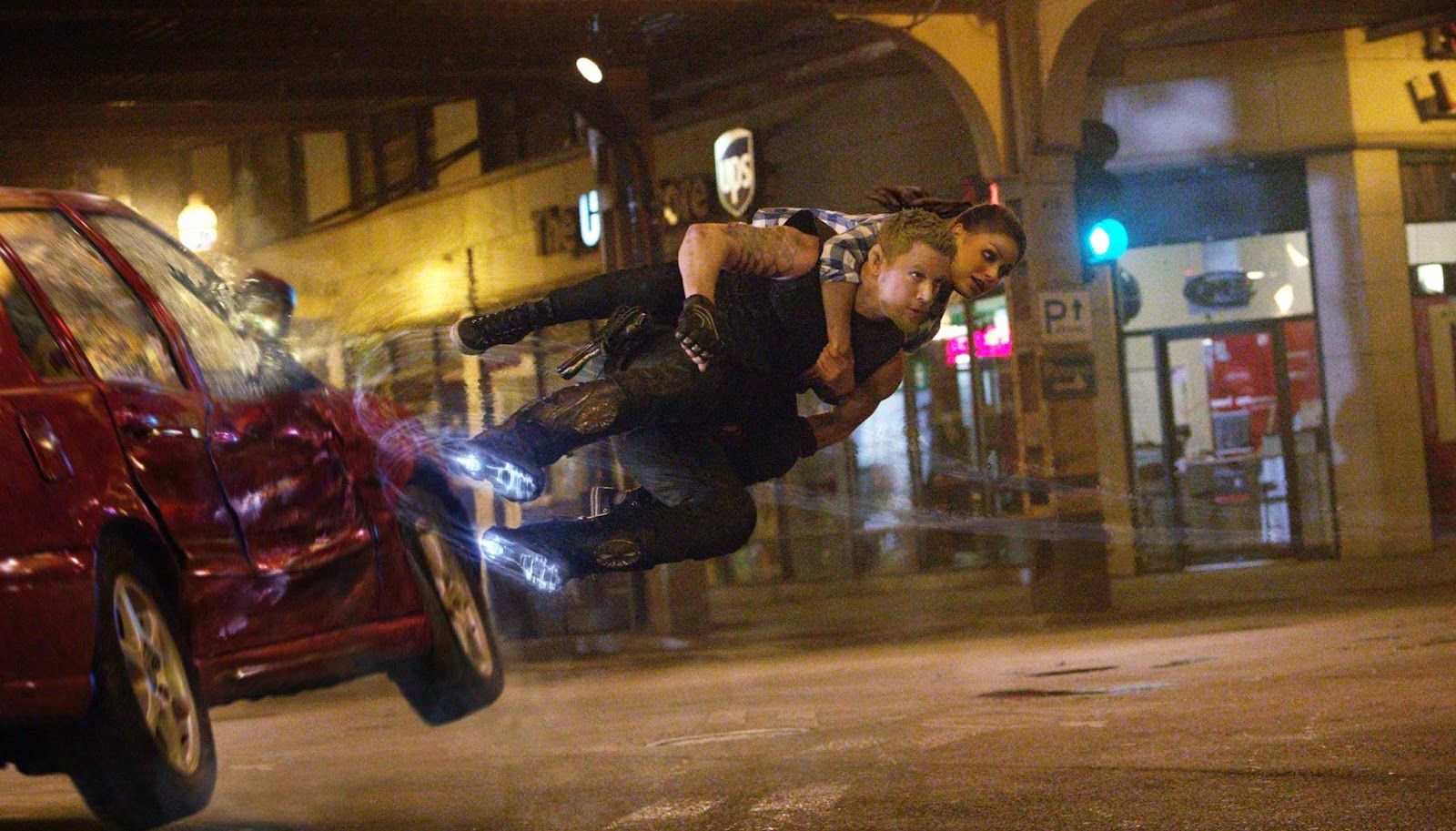 Whether drawing audiences into an aerial firefight between rival alien bounty hunters across Chicago’s night sky, or launching them into the far reaches of space, these are filmmakers who do not hold back. Producer Grant Hill, their producing partner since “The Matrix Reloaded,” knows well, “What excites them is the challenge of it and the immense scale of a film like this, its look and design. The spectacle of it is just magnificent and that was very much the intent: a big, broad spectrum sci-fi movie. “The Wachowskis are known for their innovation and imagination,” Hill further notes, “but it’s not spectacle for its own sake. It always serves the story, and in this case that means traveling through several wholly individual realms, each of which had to be created with its own life forms and technologies, and each with its own ways to transport people through space and wage these momentous battles.”

The filmmakers’ purpose in setting so vast a stage is to frame the revelation to a shaken and incredulous Jupiter that humanity did not originate on Earth, and that her planet is part of a much larger enterprise and social order that dates back more than a billion years. It’s an asset among many, currently owned by the formidable Balem Abrasax, as played by Eddie Redmayne. Though they sprang from the same DNA eons ago, the Abrasax family represents a culture so evolutionarily advanced that they now view the human population on Earth as no more than livestock, a cash crop they can cultivate for their own purposes. And harvest.

As shocking as this is to Jupiter, so is the knowledge that she somehow holds the key to controlling all of it. But in order to accomplish all that lies ahead, Jupiter must sweep aside the doubts and the limitations she has always accepted. She needs to find the courage and the focus to stride forward and claim her birthright despite all the odds against her, and be the person she was clearly meant to be.

Set for release across the Philippines on Feb. 05 in IMAX 3D and 2D cinemas, “Jupiter Ascending” is distributed by Warner Bros. Pictures, a Warner Bros. Entertainment Company.
Posted by Cathie Alhambra