“White Bird In A Blizzard” brings together an eclectic versatile cast headed by Shailene Woodley, Eva Green, Thomas Jane, Christopher Meloni and Gabourey Sidibe based on acclaimed book of the same title by Laura Kasischke and directed by Gregg Araki that tells the story of a girl’s coming of age under unusual traumatic circumstances. 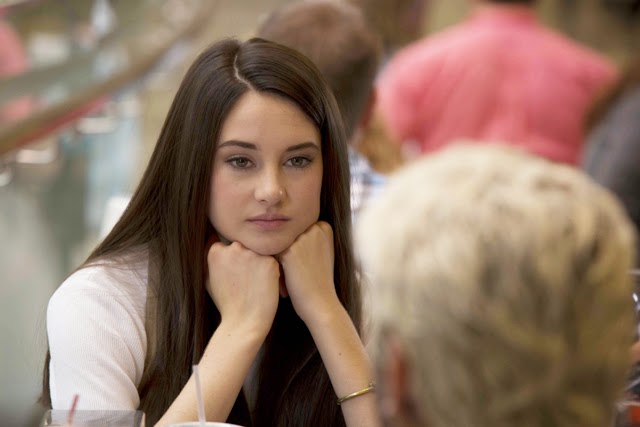 Set in the late 80’s, on the surface, Kat’s (Woodley) home life seems perfect. A normal, college-bound teenager, Kat listens to the era’s Depeche Mode, hangs out with her tragically hip pals, and is critical of her parents. She’s also having her first romance with, literally, the boy next door and is starting to feel comfortable in her own skin—all under the watchful eye of her glamorous, but disturbed, homemaker mother, Eve (Green). When her mother mysteriously vanishes, Kat and her father suppress their emotions and try to resume their lives. Years later, Kat’s subconscious is consumed by images of her mother, whose peculiar disappearance she can’t fully comprehend.

Shailene Woodley, as Kat, commands the screen with the allure of a young woman embracing her sexuality and beginning to understand the power that accompanies it. Veteran filmmaker Gregg Araki uses a carefully curated soundtrack to build a tantalizing dream world and contrasts it with the stark reality of the characters who inhabit it, indicating all is not right beneath this placid façade of American suburbia.

Araki, in the following question & answer further delves into the book’s theme and on adapting the novel to a film populated with today’s most talented of actors.


Q: White Bird in a Blizzard is adapted from a novel by Laura Kasischke. What made you decide to make this story into a movie?
A: A producer friend and collaborator of mine, Sebastien Lemercier, recommended the book which I read and fell in love with. I was instantly struck by the novel’s lyrical and poetic nature. It really haunted me and reminded me of what I had liked about Scott Heim’s novel Mysterious Skin: softness and beauty within the violence.

Q: What did you change in the story to make it your own?
A: Adapting the novel for the screen, I started by moving the story from Ohio to Loma Linda, California, a suburb near L.A. which is similar to the one I grew up in. It's helpful for me to have inside knowledge of a location and its atmosphere, in order to create the world of the film. The book is divided into four distinct chapters chronicling the years between 1986 to 1989, for the film we’ve shifted a bit later to the late eighties/early nineties - a period that, culturally and especially musically, has always fascinated me. As anyone familiar with my movies knows, the music of that era which is used in the film - Depeche Mode, New Order, The Cure, Cocteau Twins, etc. - that music was a huge influence and inspiration for me as a young artist, so the film pays homage to that.

Q: The narrative structure relies heavily on Kat’s dreams. How did you work with these dreams?
A: The dreams Kat has of her mother lost in the snow give us an insight into the emotional bond between them as well as illuminating what is going on inside Kat's head. My films have always been influenced by surrealism and filmmakers like David Lynch so the way Laura utilizes dreams in the book definitely appealed to me. It really gave me a pathway into the story. 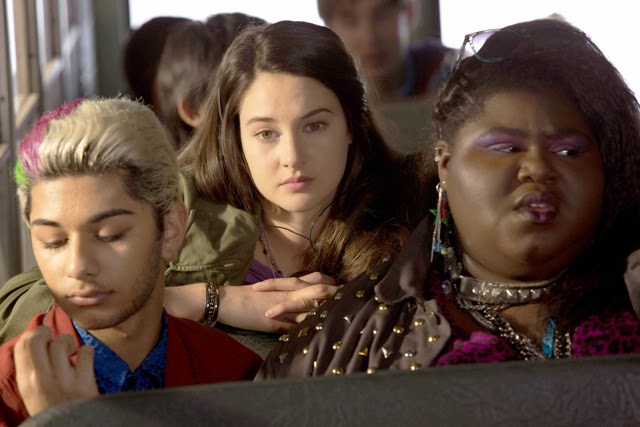 Q: There are some characters, like Kat’s close friends, who seem to represent the outcasts of the world: the overweight Afro- American, the gay best friend...
A: In the book, Kat’s friends were two white girls. My movies have always been about outsiders, those who don't really fit into mainstream American society. That’s why I changed these characters as I envisioned Kat and her friends as misfits who create a world unto themselves. They are perfectly content living outside of the norm, apart from the middle of the road "popular" kids, because they have each other.

Q: Kat is played by Shailene Woodley who has recently achieved international stardom as the heroine in the teenage saga Divergent (Neil Burger – 2014). Was this iconic element helpful to you?
A: I first discovered Shai through her heartbreaking performance in The Descendants (Alexander Payne – 2011). Coincidentally, she was a big fan of Mysterious Skin and I've known her manager, Nils Larsen, for years. He insisted that I meet Shai and we hit it off instantly. This was years before Divergent came along. She read the script for White Bird, loved it, and immediately signed on. Shai actually reminds me a lot of Joe Gordon Levitt, who I worked with on Mysterious Skin. They are both incredibly talented and creative individuals who take their art very seriously - they're not in it for fame or money or any of the bullshit. They both also have really great parents so they're more centered and secure in themselves than some young actors who don't have that kind of solid upbringing.

Pioneer Films presents “White Bird In A Blizzard” that will open November 12 in cinemas nationwide.
Posted by Cathie Alhambra