A powerhouse cast of famous Japanese actors is assembled by director Keishi Otomo for the epic action thriller “Rurouni Kenshin: Kyoto Inferno,” the first of two sequels to the 2013 blockbuster “Rurouni Kenshin.”

Appearing for the first time opposite the hero Kenshin Himura (Takeru Satoh) as the crazed Makoto Shishio is the popular character actor Tatsuya Fujiwara. Performing in hot, heavy, stifling bandages that even make it hard for him to hear, he becomes the personification of pure evil. And Fijiwara gives justice to the role with a powerfu, terrifying performance.


Originally a Choshu clan samurai known as ‘the shadow assassin’, Shishio fought alongside Kenshin against the Shogun’s Shinsengumi police. Viewed as Kenshin’s successor, he was known to few people. He and Kenshin never met. 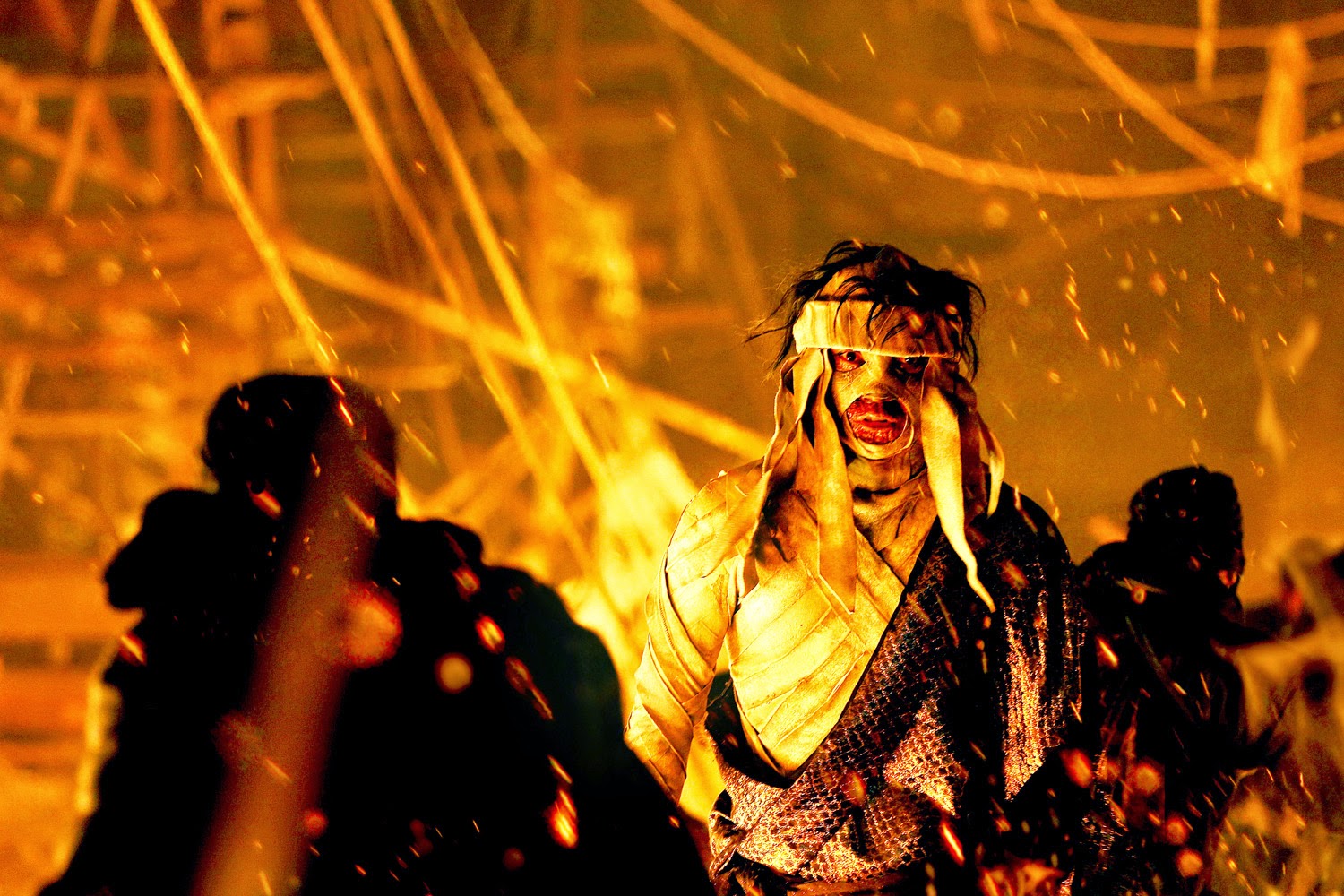 Fighting, as was Kenshin, at the battle of Toba-Fushimi that sealed the overthrow of the Shogunate, Shishio was then betrayed by his own side and his body set on fire, the new government wishing to conceal certain assassinations he had committed. Miraculously, however, he survived, and has assembled a private army of mercenaries from within the Kyoto underworld with a view to overthrowing the new government and ruling the land himself. The burns he suffered destroyed his ability to perspire, and his body radiates a tremendous heat. He lives by the law of the jungle, and in his vast ambition he will stop at nothing to achieve his ends.

“This was the first time I’d worked with Director Otomo, and Shishio was a special kind of character so I had some worries, but both the director and Satoh were very welcoming,” Tatsuya Fujiwara says. “Shishio is a character the filmmakers built up with visuals and everything else over a long time. The action team also worked hard with me, so I felt really under pressure to respond to that. The director and Satoh and I talked about how to embellish the last battle between Shishio and Kenshin in great detail until we all agreed on how it would happen. And even though a lot of that was hard to put into words, it came together when we filmed it, and I think everyone was happy with the results. It’s a big thing for me that I’ve been involved with a truly world-class level movie, one that only comes along every decade or so.” 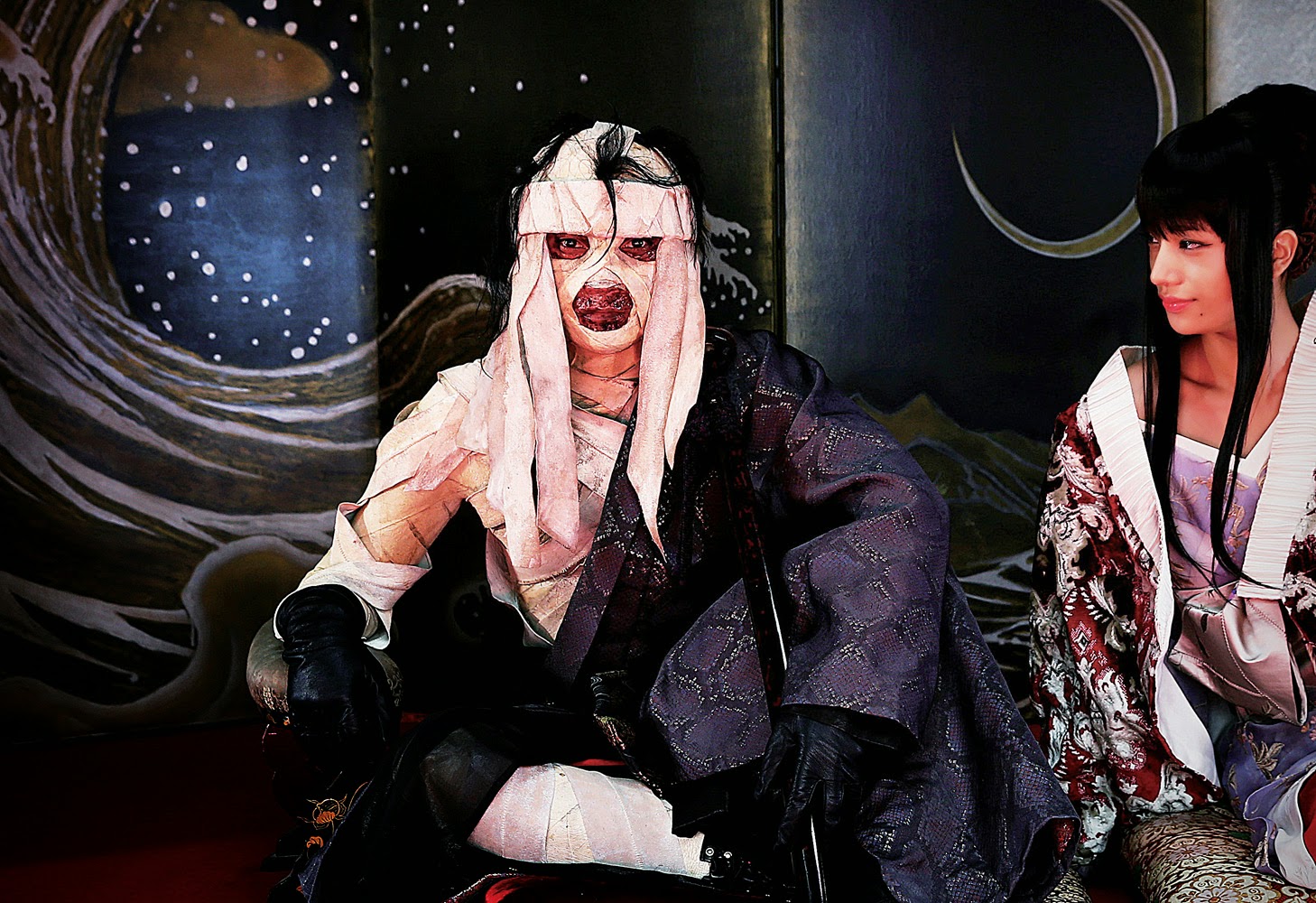 Born May 15, 1982 in Saitama Prefecture, Tatsuya Fujiwara made his stage debut in London, England in director Yukio Ninagawa’s 1997 production of “Shintoku-Maru,” and much of his career has been spent on the stage. With Battle Royale he shared a Best Newcomer Award of the Japanese Academy and won a Best New Actor Blue Ribbon Award, and was widely praised for his portrayal of Soji Okita in the 2004 NHK Sunday night historical drama series “Shinsengumi!” A powerful performance in director Takashi Miike’s 2013 Cannes International Film Festival Entry “Shield of Straw” established him in the top ranks of Japan’s younger character actors. In October of 2014 he will appear in a stage production of “Julius Caesar.”

Based on the Kyoto arc of the popular manga series written & illustrated by Nobuhiro Watsuki, the “Rurouni Kenshin” sequels follow the story of Kenshin Himura (Takeru Satoh), a legendary swordsman in the wars accompanying the turbulent fall of Japan's Shogunate in the 19th century. Once feared as 'Battosai the Killer', he has adopted a peaceful life since the arrival of the 'new age'. But Makoto Shishio (Tatsuya Fujiwara), the 'Shadow Killer' and successor to Kenshin's position as the deadly assassin, has since then been scheming in the Kyoto underworld, raising an army of disaffected former samurais with the aim of overthrowing the new regime. Agreeing to a request by the new government to defeat Shishio, Kenshin leaves his beloved ones in Tokyo and sets out for Kyoto. He and Shishio are a match in skill and in wits, but their aims are opposite. Can Kenshin preserve the nation without breaking his vow that he will kill no more...?

The first sequel, “Rurouni Kenshin: Kyoto Inferno” will open across the Philippines on Aug. 20, 2014, to be followed by “Rurouni Kenshin: The Legend Ends” on Sept. 24, 2014. Both films are distributed by Warner Bros. Pictures.
Posted by Cathie Alhambra