ll Crime is Legal One Night a Year in “THE PURGE: ANARCHY”

In 2013, the world responded to the provocative concept that on one night every year, any and all crime is made legal. Audiences turned “The Purge” into a surprise summer hit as the film debuted at No. 1 with an astonishing $34.1 million weekend at the domestic box office. 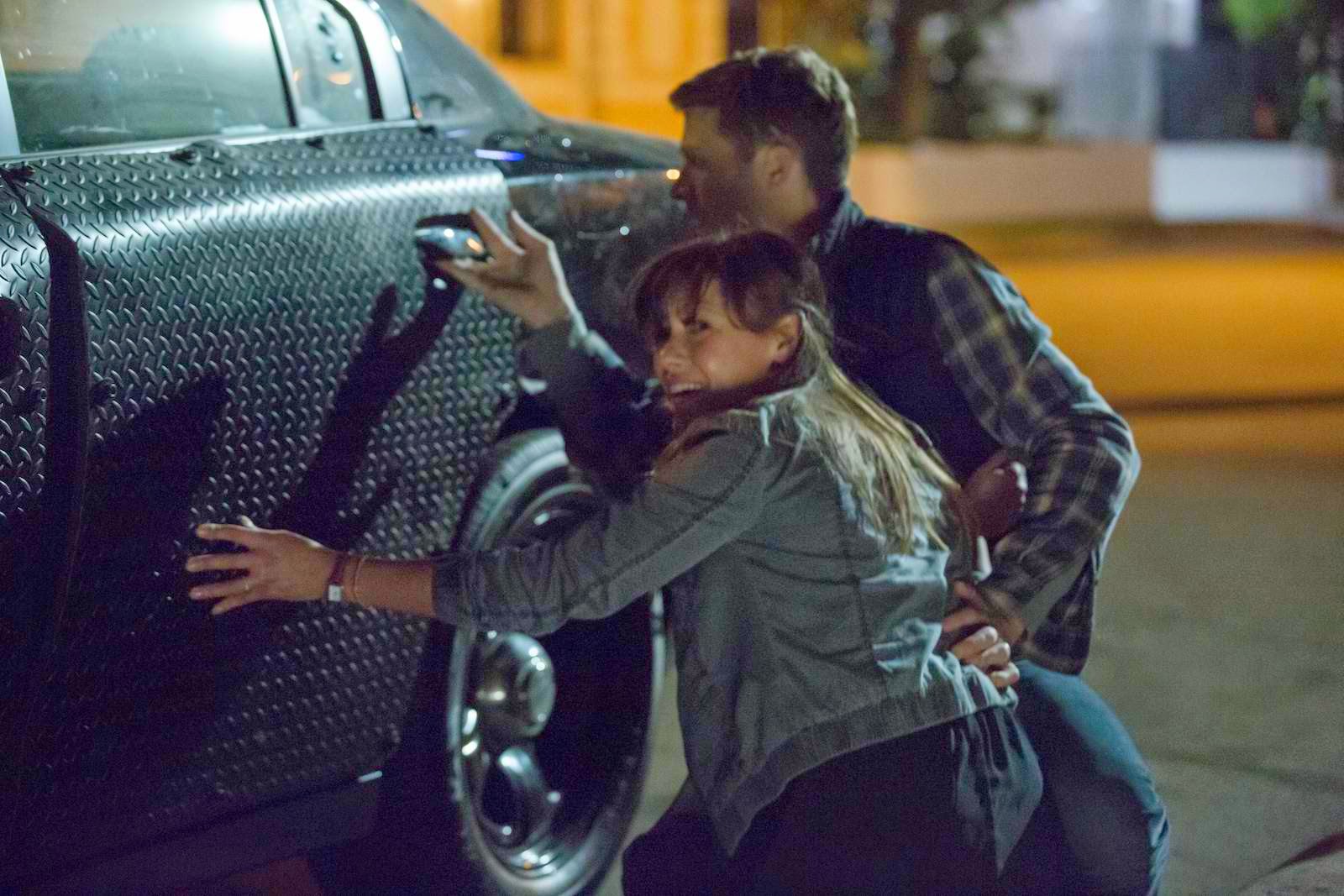 After witnessing the response to the film and listening to the conversations that it provoked, James Demonaco (writer/director of “The Purge”) quickly returned to the explosive universe that he created with an even more arresting idea for a sequel: placing the audience outside on the streets during the annual Purge.

A speculative thriller that shows us what occurs during The Purge outside of the confines of a suburban neighborhood, Universal Pictures' “The Purge: Anarchy” returns us to a dystopic future. America's government, now re-engineered by the New Founders of America (NFA), has sanctioned its annual 12-hour Purge to ensure that the crime rate stays below one percent for the rest of the year. With police and hospitals suspending help, it’s one night when the citizenry regulates itself without thought of punishment or fear of retribution.
It’s time to take to the streets for anarchy. 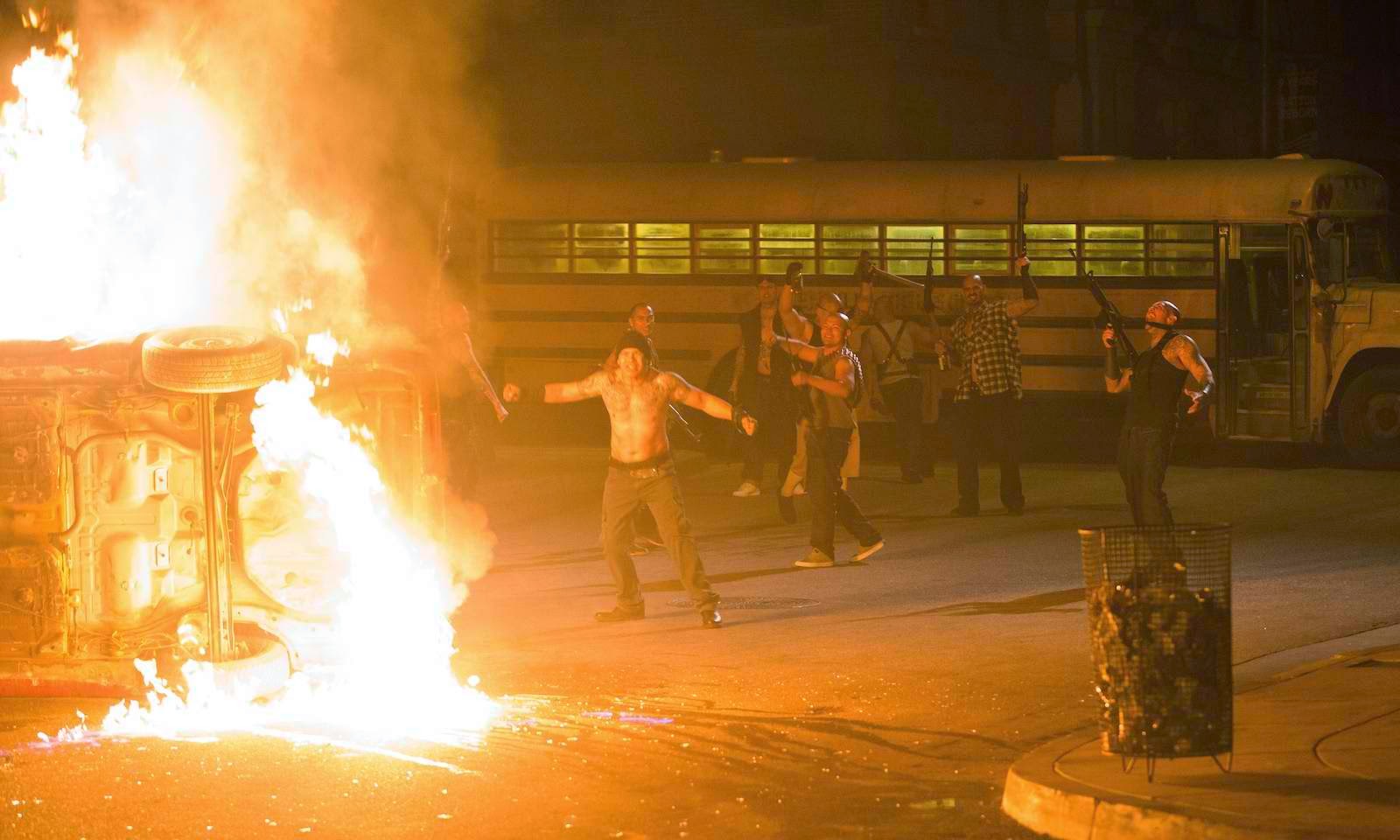 As evidenced by the success of “The Purge,” audiences were fascinated with the concept and asked themselves, “What if this happened in my neighborhood?” Still, for writer/director James DeMonaco and producer Sébastien K. Lemercier, the thriller was originally intended to be a smaller film that served as a commentary on society.

DeMonaco was as surprised as anyone that the concept was so universal. He offers: “Sébastien and I first thought it would be a politically subversive indie that would play in small art houses in Los Angeles and New York. To me, the family in the first film isn’t particularly noble, which is not normal for a Hollywood film. We fashioned `The Purge' to be a morality play about this one family’s comeuppance and the lessons they learn about violence, money and class. It was built to be more provocative than commercial, but now it’s both.” 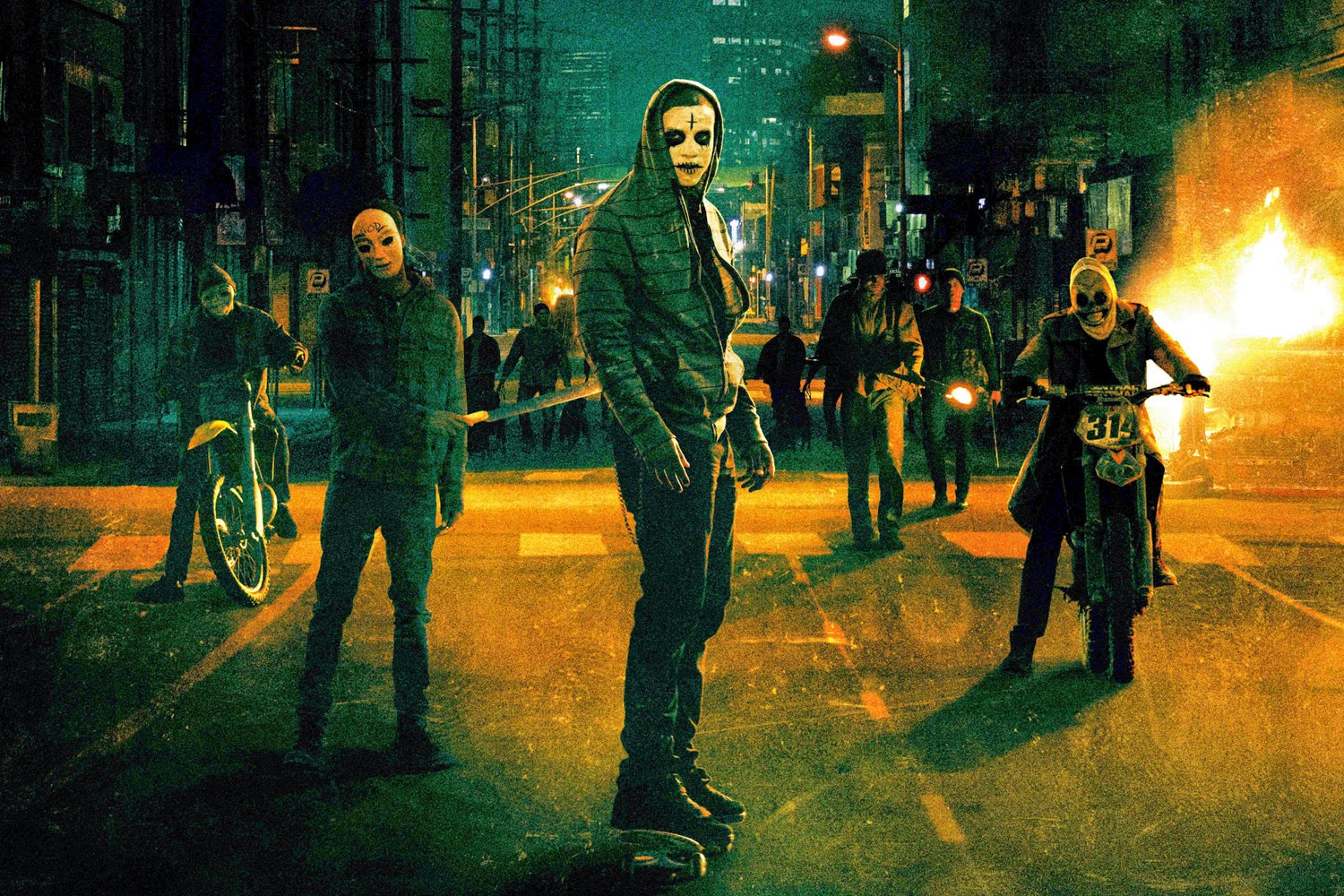 Truly, DeMonaco is the first to admit that he wants his films not only to entertain, but to start a conversation. He reflects: “With this series, I’m hoping to reflect something in American society about how we look at violence. It’s very different than other places in the world. We’ve found that audiences leave the theater talking about our relationship with violence as a society.”

The filmmaker felt that if he were to return to this place and time for a follow-up, he could further expand the concept and show moviegoers what was happening in the world that he imagined—one that existed outside of the first thriller’s suburban enclave. He shares: “We always said if we were lucky enough to do part two, we would want to show what’s happening on the streets in one of the biggest cities in America. We envisioned opening it up, because we felt the audience wanted to see more than what we gave them in the first film.”

For “The Purge: Anarchy,” DeMonaco expands the canvas, showing audiences what it’s like to step outside and experience The Purge from the viewpoint of lower-class citizens who don’t have the luxury of intricate security systems to protect themselves. DeMonaco delves into the idea behind The Purge: “Behind it all, behind what the government is selling you of getting you to exorcise your aggression—telling you that it makes you a better citizen—is a ruse. The Purge really doesn’t do that; the government has another objective.”

In DeMonaco’s second chapter, the NFA is still touting The Purge as beneficial to all citizens, with the ratification of the 28th Amendment allowing every American his or her right to exorcise demons on this lawless night. However, the underground rumblings that the NFA has long sought to quash have metastasized and threaten to explode into a full-blown revolution. The NFA’s ironclad rule is met with increasing resistance as more citizens question The Purge’s rationale.
For the next chapter, the filmmakers agreed that the only way to give audiences what they wanted was to expand the world outside the confines of one home. Producer Andrew Form concludes: “We knew we wanted to live in the world of an urban environment where a group is caught out there, where the audience gets to witness all the twists and turns that happen on Purge night, why people are out there purging, why people are caught in the open, and keep the audience guessing the entire way. James has completely achieved that with this project.”
Opening across the Philippines on August 27, 2014, “The Purge: Anarchy″ is distributed by United International Pictures through Columbia Pictures.
Posted by Cathie Alhambra

Email ThisBlogThis!Share to TwitterShare to FacebookShare to Pinterest
Labels: The Purge, The Purge Anarchy