Captive Cinema reveals the  American  poster version of  ‘KRISTY’, which proves that there are two sides to every tale. 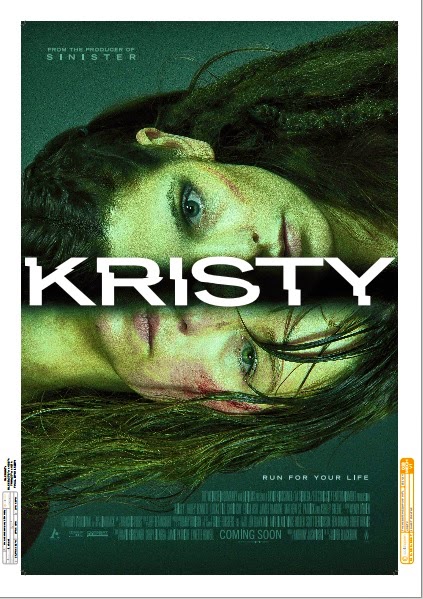 With the rest of the campus at home for the Thanksgiving holiday, Justine (Bennett) and a few of her friends spend the weekend in their college dormitory: studying, relaxing, and blissfully unaware of the terror that is about to unfold outside in the cold. Suddenly, confronted by a gang of violent outcasts, Justine's quiet weekend becomes one long lesson in survival as she and her classmates are terrorized in increasingly bizarre and brutal ways, leaving it up to her to figure out who the attackers are… and if they can be stopped.

‘’KRISTY’’ is released and distributed by CAPTIVE CINEMA.
Showing in Very Soon!
Posted by Cathie Alhambra