Realistic FX Brings Viewers Inside Tornadoes in “INTO THE STORM”

Towering over and around the human characters of New Line Cinema's tornado disaster film “Into the Storm” is its intimidating main character—the storm itself. “I think it’ll be exciting for the audience to go inside this massive tornado with its horrific power of destruction and, at the same time, see its beauty,” director Steven Quale says. “With advances in sound and visual effects, it’s now possible to do that in an incredibly visceral and realistic way.” 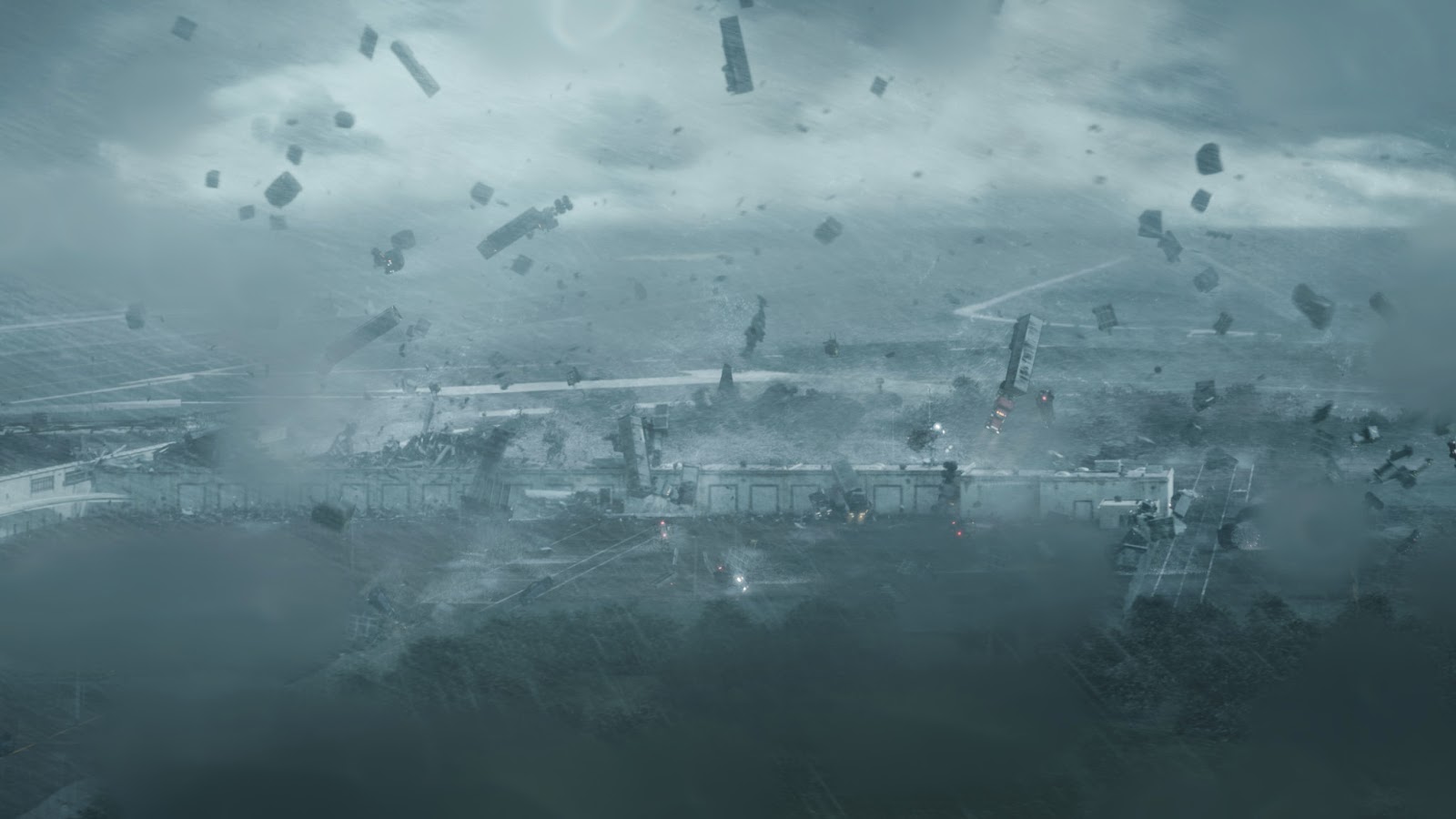 Quale’s a firm believer in the notion that “sound is 50% of the moviegoing experience” and enlisted Oscar®-winning sound editor Per Hallberg (“Skyfall”) to give the storms their concussive power. The visuals were hatched on hundreds of computers spread across among leading visual effects houses, all working from high def video references and a detailed previsualization (“previs”) Quale put together with VFX producer Randall Starr. 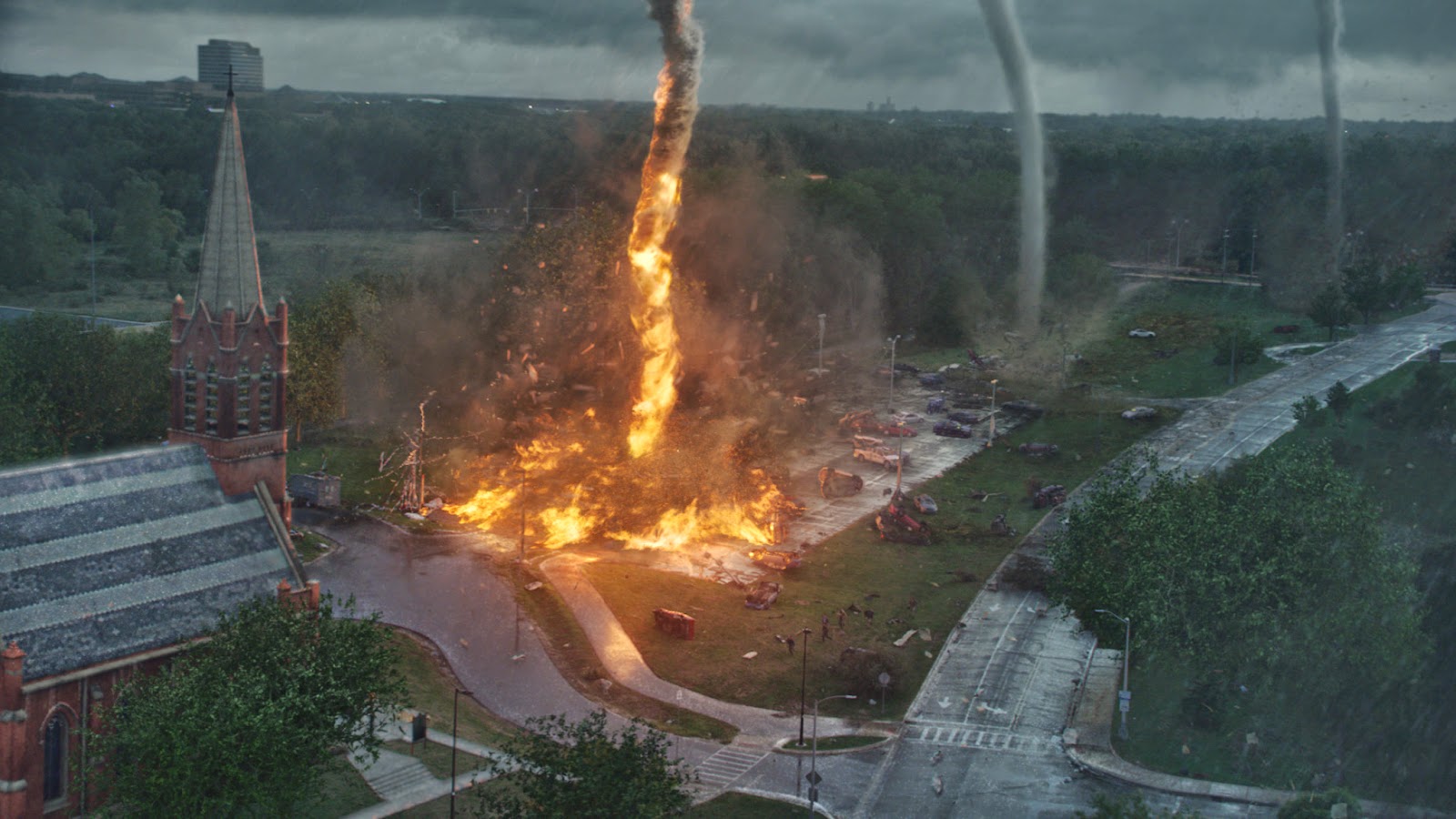 Effects have come a long way since the 1996 tornado thriller “Twister,” and Quale has been on the frontlines of their evolution, so he knew going in that the realism and detail he wanted for this film was achievable. “In our film, you’ll see four different, unique tornadoes, and the tension escalates until you see this giant, two-mile-wide tornado coming straight at you like some massive, unstoppable beast,” Quale describes. “These are probably some of the most difficult visual effects to accomplish because this is not a science fiction movie where you can create your own universe to have a unique particle effect and special rays that cause destruction. Everybody knows what clouds and trees blowing in the wind look like. So we had to create these tornadoes and these digital cloud formations with total realism on every level, but also make sure that everything we shot in live action would match those dark, stormy skies exactly.”
Hence the darkened silk screens, wind machines and rain towers that have been a constant on set. “You just have to keep track of what the storm is doing at that moment in the film,” Quale adds, “and constantly remind everybody that there is a big tornado in the background.” 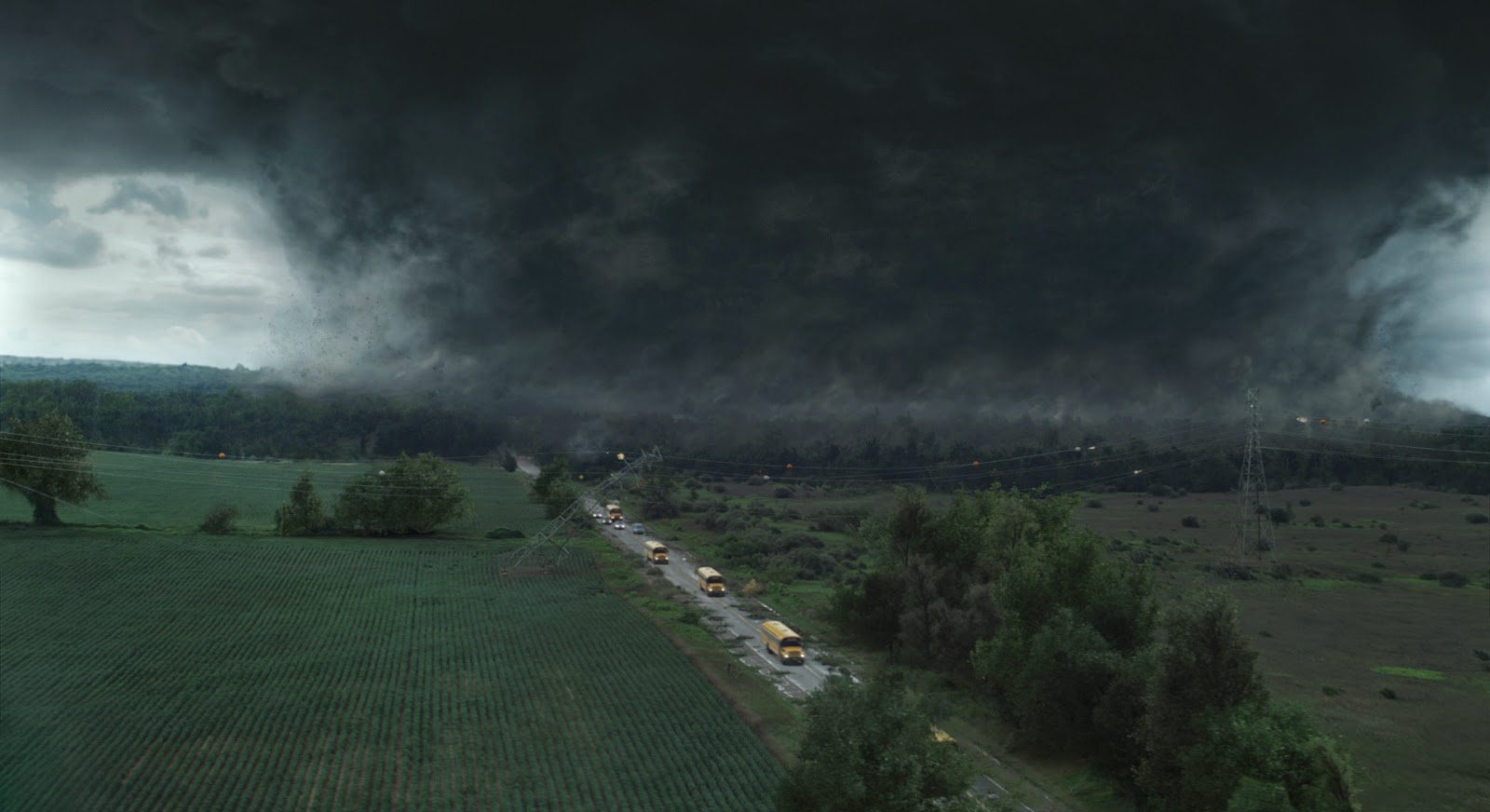 Green screens are no problem for “The Hobbit” movie veteran Richard Armitage who plays the lead role. “Oh, I’m very used to that,” he laughs. “And Steven has a very strong image of what kind of a monster this storm will be and how the characters are scaled against it.” 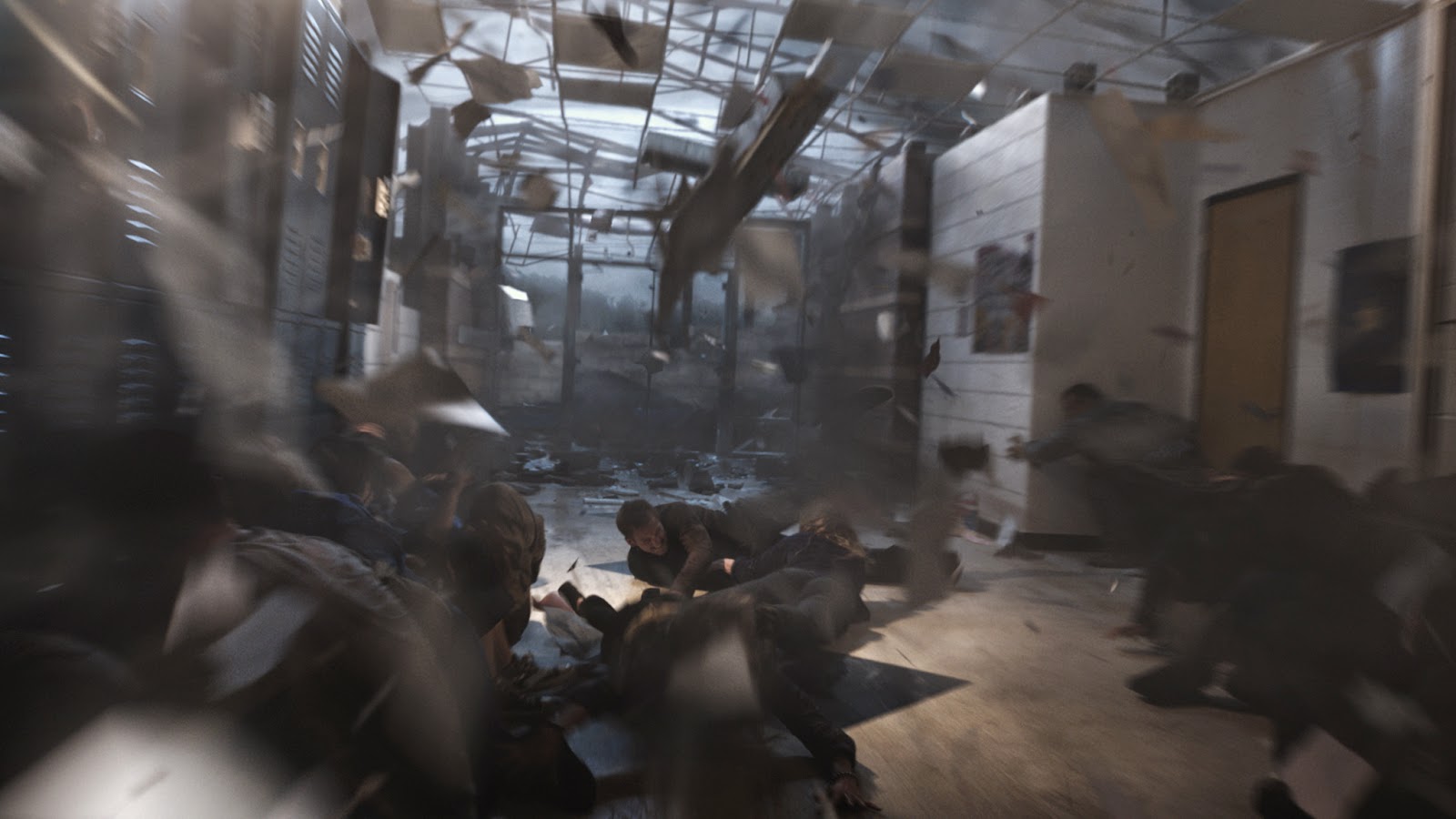 Even though the storm is the film’s main event, Quale sees the characters as its heart. “We can use sound and visual effects to put you inside the storm, but what really brings you into the experience is the characters themselves,” he reflects. “We’re taking this journey with them, and experiencing this terrifying event through their eyes. So for us, true realism comes down to the performances, and Richard, Sarah Wayne Callies and all the actors are bringing so much real emotion to the film, which will make the experience of this giant, terrifying storm all the more visceral and real.”

From New Line Cinema, in association with Village Roadshow Pictures, comes the tornado disaster film “Into the Storm.” Steven Quale (“Final Destination 5”) directs the film, which is produced by Todd Garner (“Knight and Day”).
In the span of a single day, the small American town of Silverton is ravaged by an unprecedented onslaught of tornadoes. The entire town is at the mercy of the erratic and deadly cyclones, even as storm trackers predict the worst is yet to come. Most people seek shelter, while others run towards the vortex, testing how far a storm chaser will go for that once-in-a-lifetime shot.

Told through the eyes and lenses of professional storm chasers, thrill-seeking amateurs, and courageous townspeople, “Into the Storm” throws you directly into the eye of the storm to experience Mother Nature at her most extreme.

Opening across the Philippines in August 07, 2014, “Into the Storm” is distributed by Warner Bros. Pictures, a Warner Bros. Entertainment Company.
Posted by Cathie Alhambra