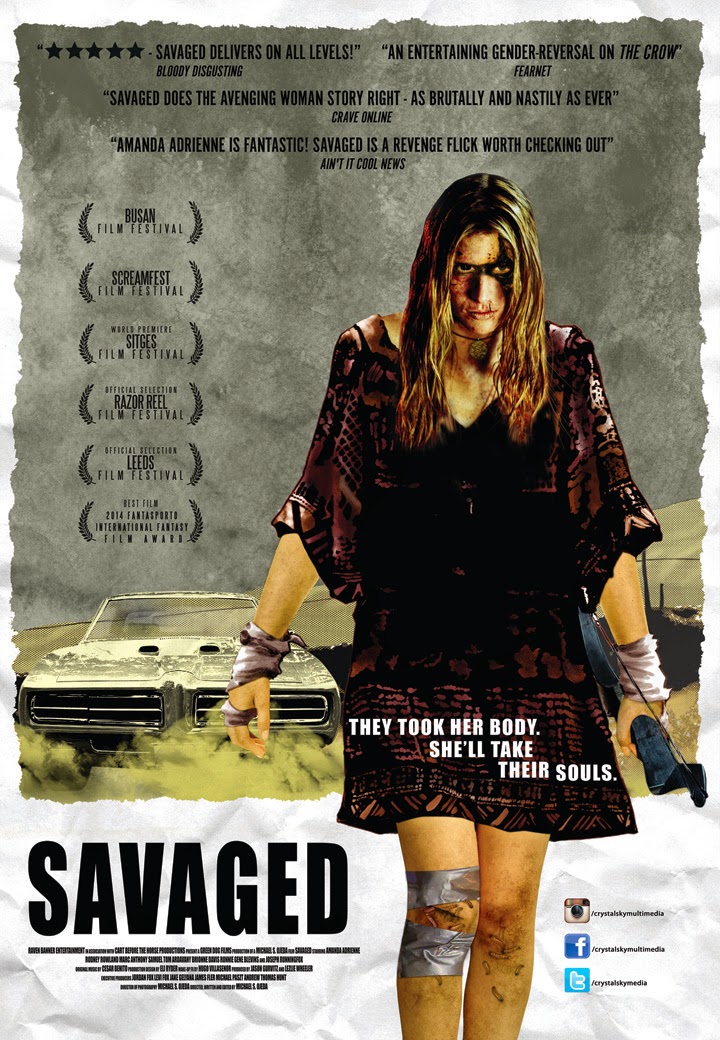 In the upcoming gore thriller movie "Savaged," Zoe, a lovely deaf mute woman, stumbles on a horrific crime - a gang of rednecks slaughtering two Native American Boys.  Zoe's brave attempts to save one of the boys seal her fate.   She is captured, raped and left for dead.  When an indian shaman finds her clinging to her life in a shallow grave he attempts to save her - she walks amongst the living, hellbent on getting revenge. One by one she slaughters the men who brutalized her, while the clock ticks on her quickly decomposing body. 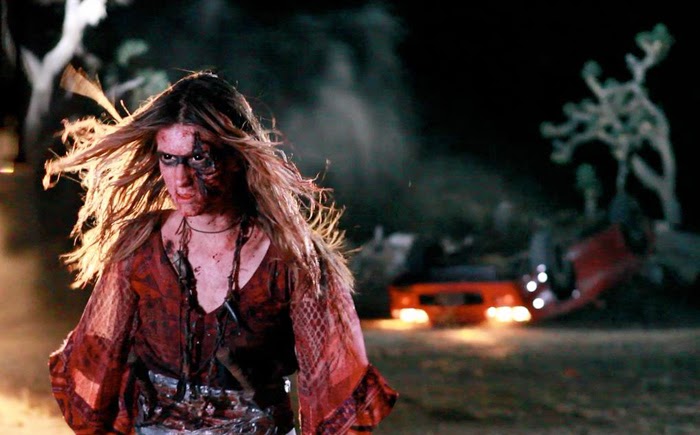 "Savaged" won as Best Film in this year's Fantasporto International Fantasy Film Awards and was lauded by Craveonline as"'The female  version of The Crow movie we've all been waiting for."  Moreso,  www.horrornews.net mentioned "Savaged" as "Brutal, exciting and heart-breaking. With brilliant film making and amazing performances, this film is destined to become a classic 5 out of 5 stars."

Soon to open in cinemas this August 6, "Savaged" is from Crystalsky Multimedia.