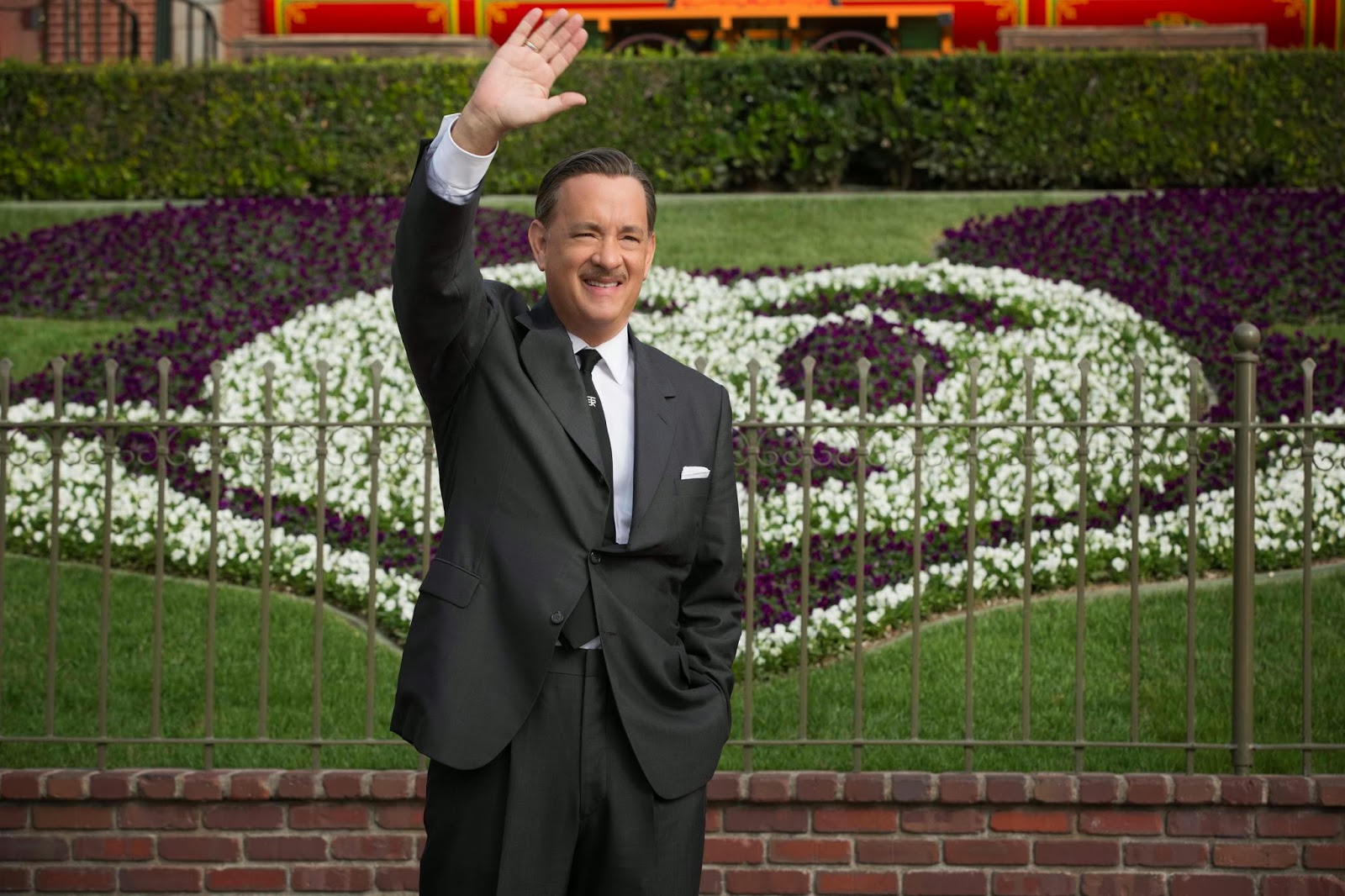 Also starring fellow double Oscar® winner Emma Thompson and acclaimed actor Colin Farrell, “Saving Mr. Banks” is inspired by the extraordinary, untold back story of how Disney’s classic “Mary Poppins” made it to the screen.


Tom Hanks says, “‘Saving Mr. Banks’ is about the making of ‘Mary Poppins’, not about the filming of ‘Mary Poppins.’ It’s about the translation of ‘Mary Poppins’ from book to screen. It’s about the creative process, of how P.L. Travers’ character started on paper first before it became the classic movie. I think this is actually a new take on that sort of story idea. What were the secrets behind this great movie that everybody loves? Well, it has a checkered past. It’s not just about somebody who broke their foot while they were shooting the film. It’s about somebody who broke the spirit of the people in the room when they were writing that movie. And, that was Pamela Travers.”

Says director John Lee Hancock, “This film portrays a side of Disney we haven’t seen before. It’s not the Walt we know from ‘The Wonderful World of Disney,’ which was fun to explore. But, someone had to play Walt Disney, become Walt Disney. Who would that be? There was really only one person that all of us could think of—Tom Hanks. I wasn’t trying to put a rubber mask on Tom and make him look exactly like Disney. I wanted Walt Disney to come from inside. Tom is such a fine actor that that’s where he begins his work—from the inside. 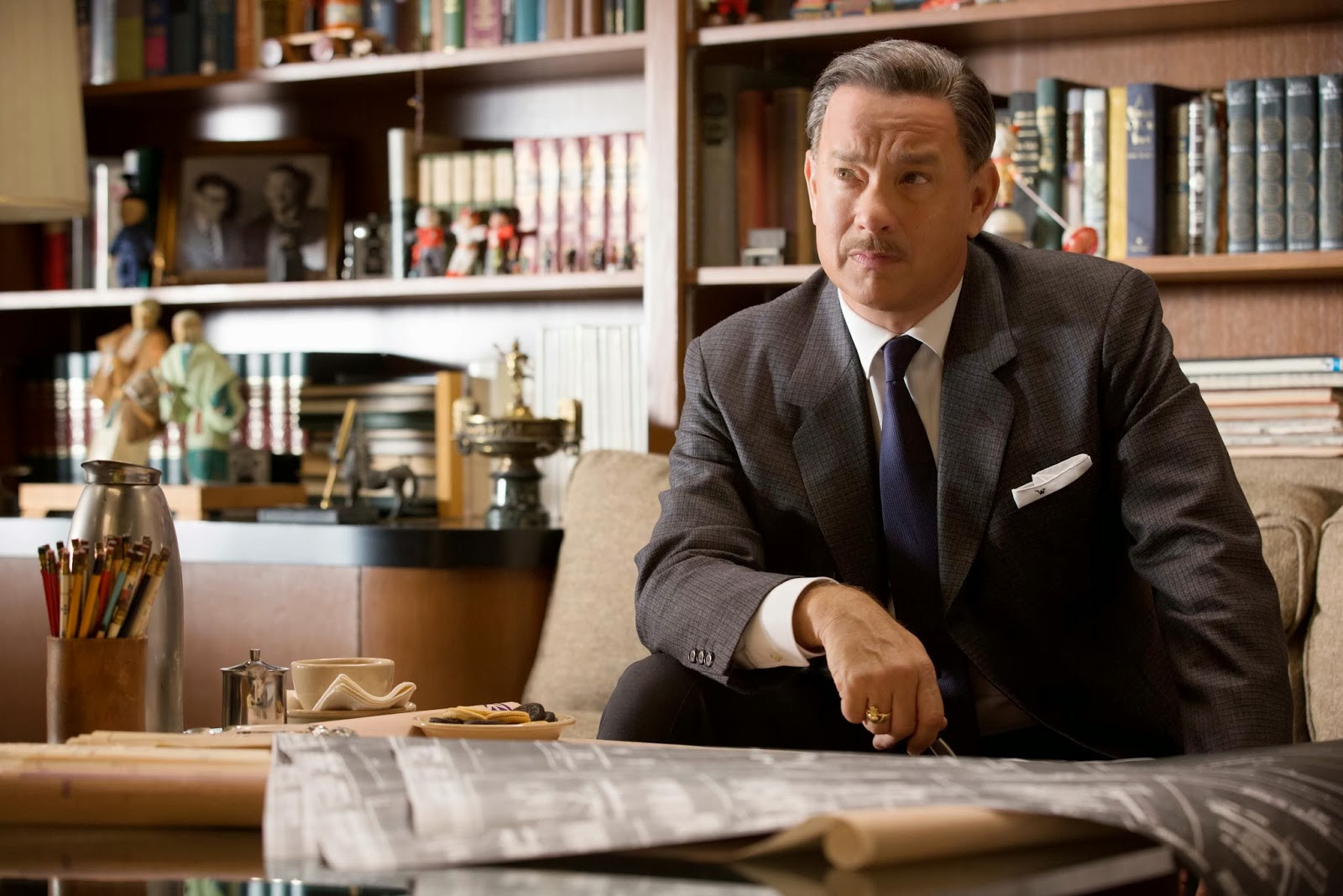 “Tom grew his own mustache,” Hancock continues in describing Hanks’ physical “transformation” for the role. “There’s a lot of voice work, the way he walks, the body position, the way he holds his hands, the way he touches his mustache. How he phrases things and lets sentences roll off the end. He simply became Walt Disney to me and I was completely amazed.”

“I don’t look or sound anything like Walt Disney,” Hanks affirms in responding to Hancock’s comments. “In addition to growing a mustache and parting my hair, the job at hand was to somehow capture all that whimsy that is in his eyes as well as all of the acumen that goes along with that. You can’t do an imitation of Walt Disney. There is a cadence to the way he sounds that comes from, I feel, his enthusiasm for what was in his head. He is an institution without a doubt and worthy of the museum that his family built for him up in the Presidio in San Francisco [The Walt Disney Family Museum]. 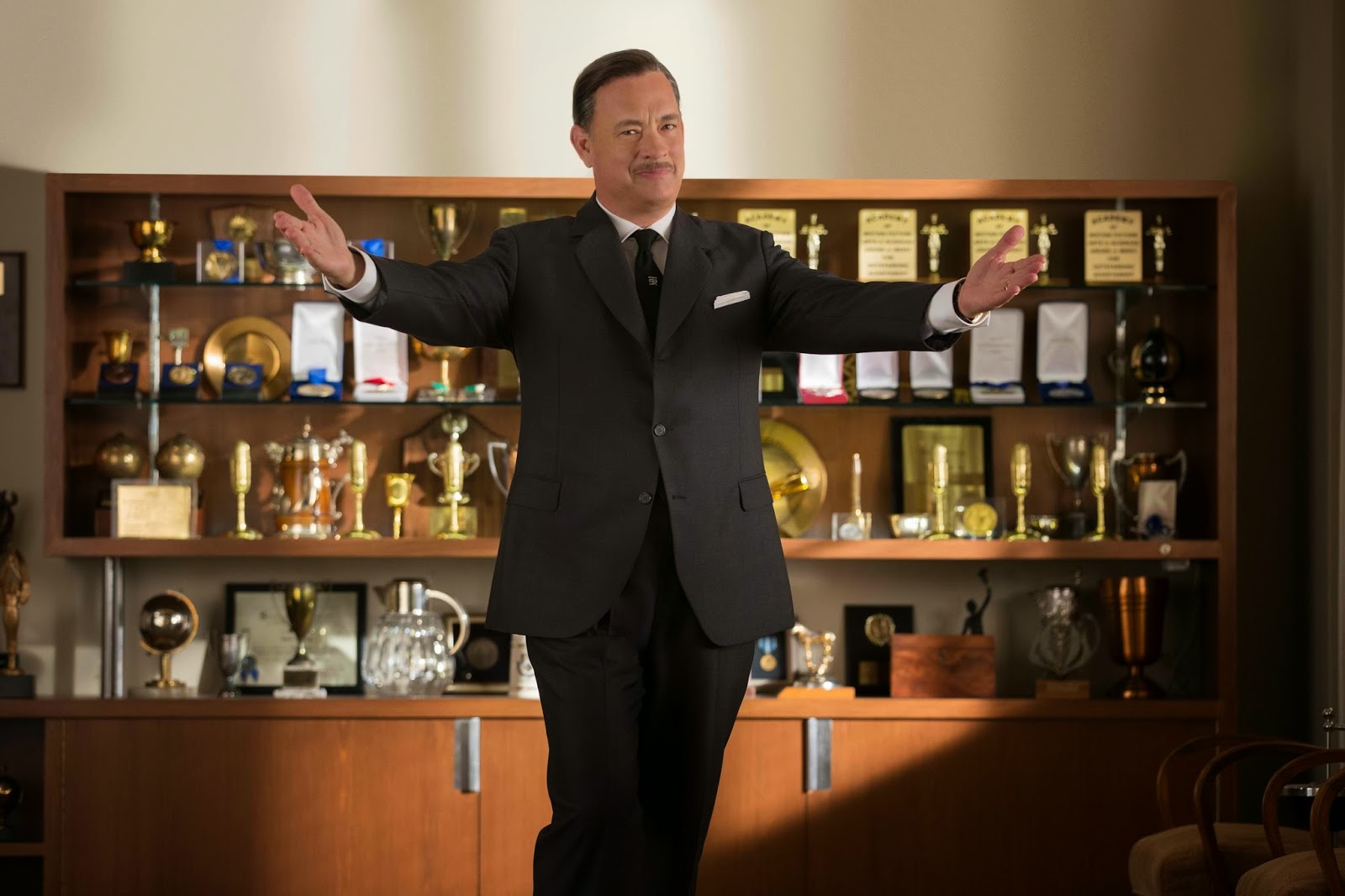 “I went up to the museum and spent an entire day there,” Hanks confirms about part of the research required for his portrayal of the Hollywood legend. “Diane Disney and the staff there were incredibly welcoming and helpful. I heard every single piece of audio and saw every piece of film in the place about Walt’s entire history. He invented an art form that anybody can imitate, but no one can do better. Just helped tremendously.”

Hanks came away from that visit with important insight into Walt Disney’s character. He explains, “Walt was hands-on every step of the way, yet he always used the word 'we.' He never said, 'I had an idea' or 'I did it this way.' I thought that was great. There was an inclusiveness to everything he did. It went from the early cartoons in Kansas City all the way to his theme parks.”

Explaining the essence of Disney that he was trying to capture on screen, Hanks says, “Walt’s head was so full of magnificent ideas that he could not help make everybody else excited about them. And that’s what I was going for. I wanted to convey his pride and joy about the studio and what was coming out of it. There is a tactile connection to every word he says that has to come out of release.”

Emma Thompson looked forward to working with Tom Hanks, as the two of them have always wanted to do a film together. She says, “We have known each other for a long time, so when this was being cast I rang him up and said, ‘This is just so perfect.’

“Tom is fascinated by Disney and knows a lot about him. There’s something faintly similar to the pair of them—their enduring popularity and their sort of everyman quality and a huge kind of a charm,” she concludes.